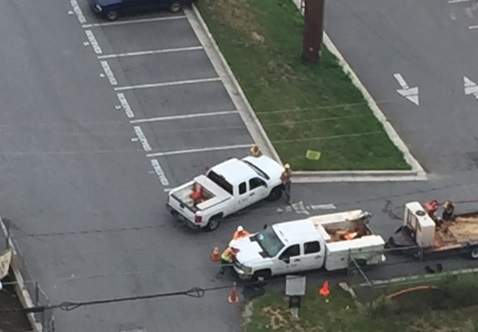 A spokesperson for Comcast sent along this photo to Decaturish on July 21.

“Google Fiber has broken a gas line in Buckhead. Location is 200 block of East Paces Ferry Road,” the spokesperson said in an email. “Two businesses in front of the break are now closed for lunch as a result.” 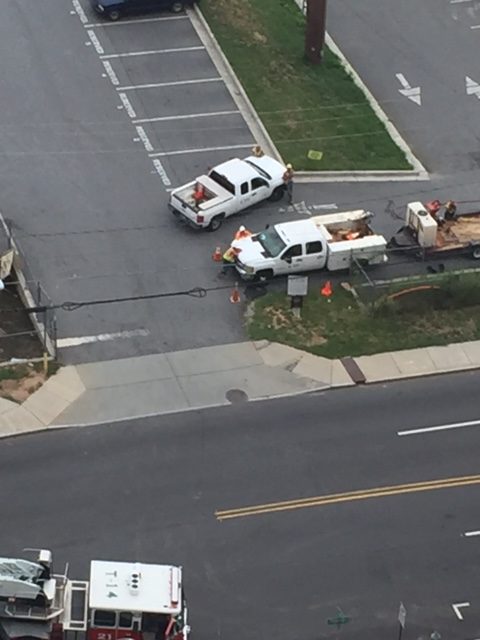 A spokesperson for Google Fiber confirmed the break and said the issue has been resolved.

The company said, “A subcontractor doing underground work for Google Fiber struck a gas line in the Buckhead area.”

The Google Fiber spokesperson said the company worked with the Atlanta Fire Department and Atlanta Gas Light to repair the service line.

“We apologize for any inconvenience to residents and businesses,” the spokesperson said.

Google Fiber and Comcast are locked in a fierce game of one-upmanship as Comcast works to improve its internet speeds in anticipation of Google Fiber becoming widely available in the metro area.