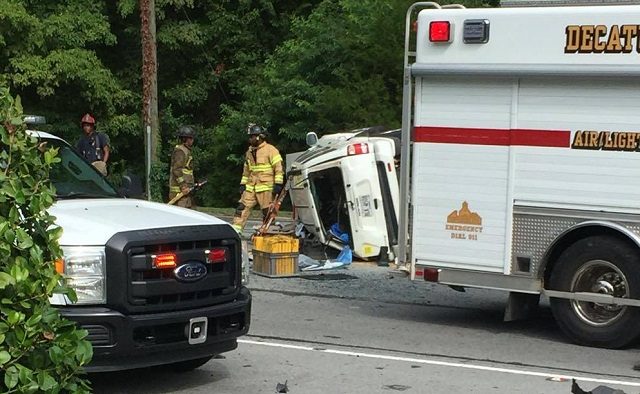 Decatur Police on Friday morning, July 15, responded to a four-vehicle accident on Scott Boulevard just east of Clairemont Avenue, where one vehicle was overturned.

“One driver is being transported to an area hospital for evaluation but is conscious and alert,” Lt. Jennifer Ross said. “There are no serious injuries reported at this time.”

A reader sent us a photo from the scene. She said, “This is why there has to be a turning lane to get into these neighborhoods. … They are saying she was pulling out of the neighborhood and someone clipped her coming over the hill.” 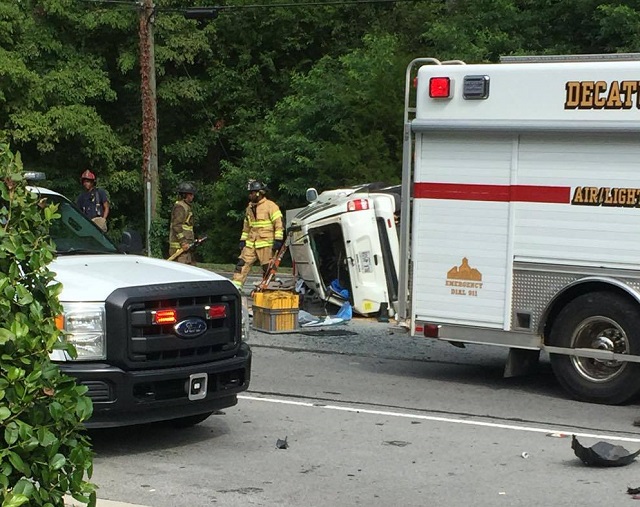