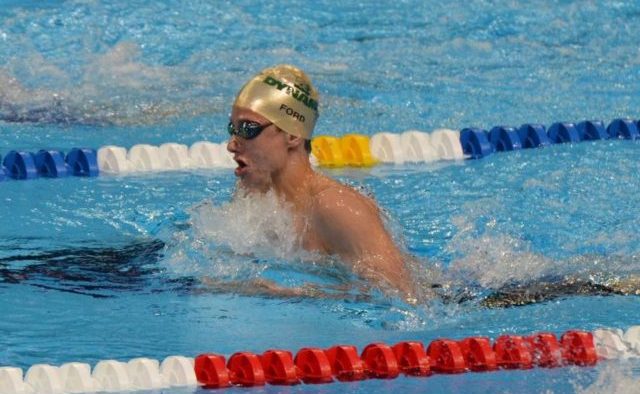 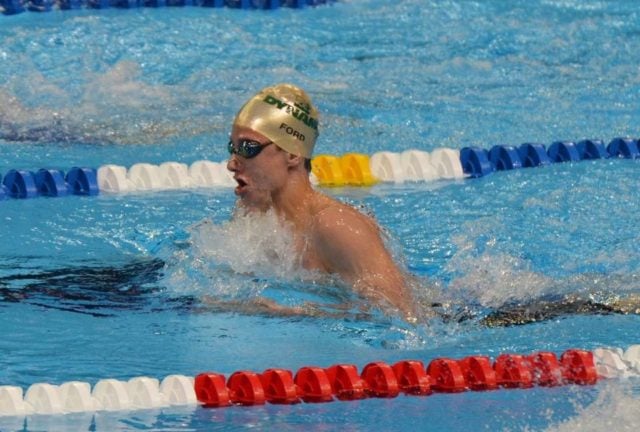 As two of the nation’s top 200 swimmers, both were invited to try out for the U.S. team competing in Rio next month.

Ford’s been a competitive swimmer for 10 years participating in summer, school and club swim leagues.

From the ages of seven to 11, he swam on a local summer team, Avondale Tidal Waves. All four years of high school, he swam for Druid Hills’ team. For the past six years, he’s swam with Dynamo Swim Club in Chamblee.

“It was so cool to go, but probably cooler to see some of my former teammates actually make the team,” Ford said. “I think six people from the [University of Georgia] team made it, and that’s where I’m swimming next year, so it was just insane to watch them make the Rio team.”

Two out of the six UGA qualifiers, Gunnar Bentz and Jay Litherland, swam with Ford throughout high school with his club team.

Ford committed to the University of Georgia’s Swim Dawgs this past October, and he’s been ready to go since, especially since he knows “so many kids on the team.”

“My senioritis kicked in hard, but for swimming, I actually got so much better my senior year because I was having so much fun with it,” he said.

Ford found a love for swimming in the friendships he made on swim teams.

“It sounds cliché, but teammates are family. It’s a completely no-judgement zone, and everyone can laugh and goof around and not think twice,” he said.“My biggest obstacle in training was getting myself to practice every day for three hours, even though I was an IB student, and sometimes it was just exhausting because I still tried to maintain a social life, you know?”

After years of training, Ford was ready compete for a spot in Rio.

“My biggest obstacle in racing was overcoming fears. Common fears in swimming are ’Is it going to hurt?’ because some races are so hard, or ‘Am I going to suck?’ ‘Am I prepared?’”

Ford didn’t get bogged down by fears, though. He realized that he needed to give himself credit for his hard work and believe in himself, “keeping it as simple as possible.”

“I like setting goals and achieving them,” he said, “and if I don’t achieve them, then learning from them.” 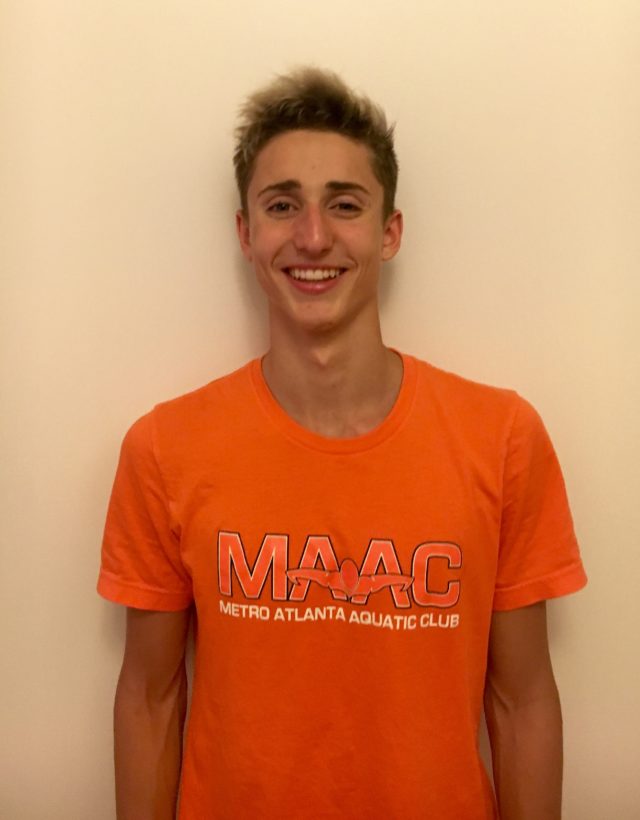 Liam Bell started swimming at age four. Twelve years ago, he joined a summer league, but said, “I have been in the water ever since I was born.”

While he has more than a decade of experience competing in the pool, Bell said that the Olympic trials were “extremely overwhelming.”

“There were world class athletes everywhere – most stood over trashcans vomiting after a race, or were in tears due to a bad race, which was extremely intimidating,” he said. “There were U.S. Military officers at every corner you turned that would check your credentials that had a photo ID. Overall, it was an unforgettable experience. It gave me a taste of what hopefully is to come for the rest of my career.”e.

Securing a place in the Trials takes dedicated time and effort, creating a “love-hate relationship” with swimming.

“There is nothing worse than waking up in the morning at 5 a.m. to jump into a freezing pool and swim 4,500 yards – roughly three miles – then coming back in the afternoon to swim another four miles,” he said. “That being said, there is nothing better than the feeling of knowing you tried your best, or that you met the standards you set for yourself. The feeling of getting out after a race, when you’re dog tired and gasping for air, knowing you gave it everything you had, is what it’s about.”

In the future, Bell hopes to swim at the collegiate level and continue a career in swimming. He also has his heart set on competing at the next Olympic trials, four years from now, “with hopes of making the 2020 U.S. Olympic team.”