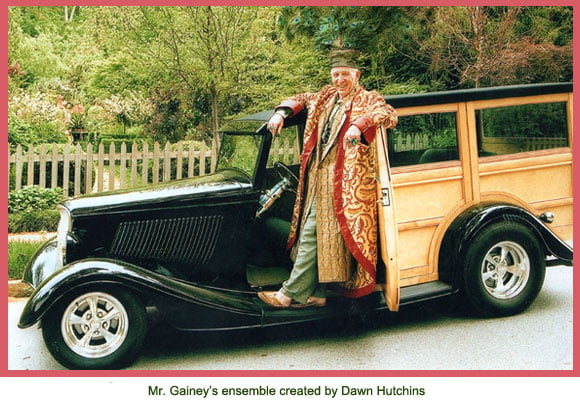 World-famous Decatur gardener and designer Ryan Gainey has died in a house fire at his second home in Lexington, Ga.

The fire occurred on the evening of July 29, officials in Oglethorpe County said. His longtime friend Brooks Garcia confirmed Gainey, 72, had died in the fire after running into the home to rescue his Jack Russell terriers. The dogs did not survive, Garcia said.

Oglethorpe County EMA Director Douglas Spencer said, “I know there’s an active investigation going on … There was a structure fire in Lexington. There was one fatality and the house was a complete loss.”

According to a press release from the Oglethorpe County Sheriff’s Office, dispatchers received the call about the fire at around 8:30 p.m. A witness told a deputy that Gainey went inside the home with a garden hose and did not return.

Property records for the home, located at 357 East Church Street in Lexington, show the property belongs to Gainey, who owns a home on Emerson Avenue in Decatur.

“He was renowned world-wide for his talents and garden designs and was a valued resident of Decatur who generously shared his garden with our community and with the community at large,” she said. “I visited his garden on a number of occasions and always came away inspired and restored.”

“Moving to Atlanta, he at last began to nurture his own piece of land, a two-acre garden in Decatur, Georgia which has been featured in every major gardening publication in the United States and abroad,” his biography says. “Visiting this paradise is a highlight each year for the thousands who partake of the Atlanta Botanical Garden’s Gardens for Connoisseurs tour. His garden has been a featured stop for 20 years.”

Matheson with the Atlanta Botanical Garden said, “The tour will forever remain as a legacy to his talent.”

Gainey also owned Ryan Gainey & Company and designed gardens all over the world. Notable projects include the Visitor’s Center and garden at the South Carolina State Botanical Garden at Clemson University.

“Each garden is an individual vision based on classical design, and filled with the love of romance, informed with a connoisseur’s vision, in tune with seasonal changes, and inspired by the myths, legends, and fantasies of garden history,” his website says.

Garcia said Gainey’s death is a tremendous loss for the city of Decatur and the gardening world.

Julie Herron Carson, a spokesperson for the Wylde Center in Decatur, which focuses on environmental education, has known Gainey since her days working as the marketing director for the Atlanta Botanical Garden. She said Gainey, “was always so generous with his home and his garden and his talent.”

He often acted as an advisor for the Atlanta Botanical Garden and did design work for the Garden of Eden Ball, Carson said.

“He was this wonderful international resource that lived right in our community, and it’s just a tremendous loss,” she said.