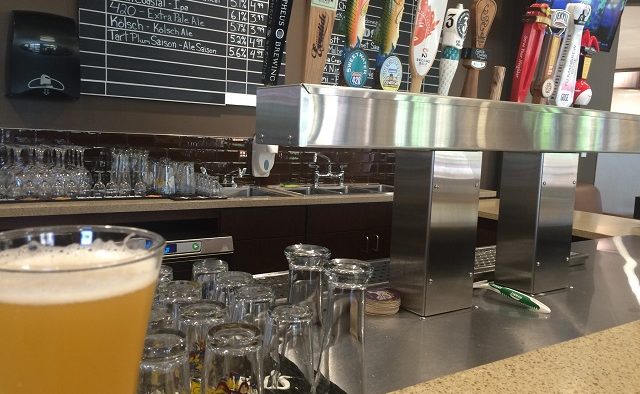 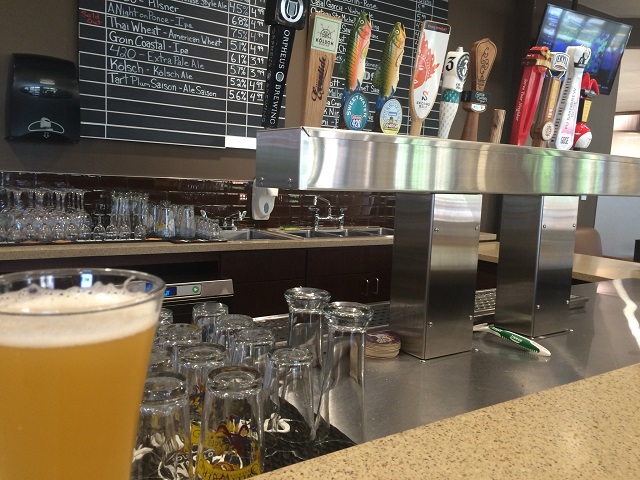 I have an unnatural obsession with grocery shopping. I don’t like buying shoes, but I might go into debt buying expensive cheese. When we first moved to Georgia, I’d never seen anything like a Kroger store. It was larger and more modern than anything we had in Connecticut. Kroger was open 24 hours a day. When I was a kid, I had a dream of buying Captain Crunch cereal at 2 am.

At some point, they introduced the concept of self-bagging. My mom would pay for the food, while they would let me, a 10-year-old, bag the groceries. Then the employees would push your grocery cart out to your car. It was a weird moment. Part of you wanted to reject the extra service for being utterly unneeded. Another part of you knew to accept the service so you wouldn’t seem rude.

I’d tag alongside the staff humming to myself.

Let’s go Krogering. For the best of everything, including the price.

Let us pause and give a “Mad Men” thanks to the genius who wrote that gem of a jingle.

I love Kroger. In my house a “Kroger bag” is a bag from any retailer. Might be a bag from Target, Publix, or CVS. You know how Southerners call all soda, “Coke?” Anywhere I shop is Kroger to me. Sorry, Whole Foods.

I love all grocery stores. I like wandering the aisles and not just for the marriage proposals. I spent years going to the “Dateway” Safeway in San Francisco and “Secret Safeway” behind Stanford’s campus. I was in Fredericksburg, Virginia, and the hotel staff reassured me that I’d be fine since there was a Wegmans nearby. We all have our grocery store loyalties.

I remember when the double-deck Kroger near Emory was a Harris Teeter. Same for Baby Kroger in Decatur. Those Harris Teeter carrot cakes were the best. Don’t get me wrong, I like Publix too. No one on earth will debate the quality of their bakery. Thank you, raspberry filling and cream cheese frosting. My only problems with Publix are the lack of funny nicknames and autocorrect always changes the spelling of Publix to Pubic. Where shopping’s a pleasure. Thank you?

I’ve been in every Kroger in Atlanta. The Krogers that have nicknames and the ones that don’t.  I remember Murder Kroger before any murders had happened there. There used to be a DMV inside that Kroger, and the nice lady would let you retake your driver’s license photo if you didn’t like it. Inside Kroger! It was the only place in Atlanta where you could get Häagen-Dazs Dulce De Leche ice cream back in 1996. Not that I keep track of those things. You think Atlantans are going to let a murder stand between them and good ice cream? No.

Depending on your part of town, there’s Kosher Kroger and Disco Kroger. I wish my really really big Kroger in Decatur had a nickname. It’s been suggested that we call it “Big A$$ Kroger.” Not sure if that’s for the size of the store or the size of the butts shopping there. Either way, I love that place.

Imagine my excitement when I heard the rumors about the Kroger at Glenwood Place. So when the rain hit us at the pool, we hopped in the car to go on a Kroger field trip. It still needs a nickname. That usually takes time, but I’m definitely voting for “KroBar.” A friend told me that she saw a group of adults in party hats sitting at the bar. The Glenwood Place Kroger has a beer and wine bar. Yes, inside the Kroger.

Let’s just chalk this up to my new skills as an investigative journalist. I went to Kroger for research. KroBar is not bigger than Big A$$ Kroger, but the bar with beer on tap really puts it over the edge of awesome, and I don’t even like beer or wine. I like knowing that beer and wine exist. I like to treat myself to something nice like brand named granola bars and Kroger brand sparkling water.

And yes. I had a beer at the bar. For research. No tipping allowed.

I was warned to look out for a few distinctive traits at this Glenwood Place Kroger. No organic section, everything is mixed together. A lot of yogurt.

Big A$$ Kroger has a lot of yogurt, too. It has a library of yogurt, but it is in two sections: healthy food and the food for the people who want to die sooner. I love you Kroger, but put all the food together regardless of GMOs and let me make my decision by price. That’s what I’m going to do anyway.

Then I realize that it isn’t just grocery stores. Atlantans like food. Out of the 50 best restaurants in Atlanta, my kids have eaten at 10 of them. What 5-year-old lives like that? Mine. I’m not embarrassed with my grocery store obsession. I know the best places for brunch overall and best places for specifically quiche or grits or biscuits. And you have to know this level of detail in Atlanta, because no place is the best of everything. Except Kroger. Including the price.