Man fatally shot in 200 block of Robin Street in Decatur

Man fatally shot in 200 block of Robin Street in Decatur

Decatur Police say that a man was fatally shot in the 200 block of Robin Street early Wednesday morning, July 6.

The victim has been identified as Gerard Foster, 52, of Decatur.

Police Lt. Jennifer Ross said officers responded to a call of a gunshot at 8:03 a.m.

“Officers arrived and found an adult male in the stairwell of one of the apartment buildings with an apparent gunshot wound,” Ross said. “The male was transported to an area hospital where he was pronounced deceased.”

The shooting occurred in the Allen Wilson Apartments owned by the Decatur Housing Authority, Ross said.

Fox 5 Atlanta reports that the victim was a church deacon who was taking his wife to work when the shooting occurred. 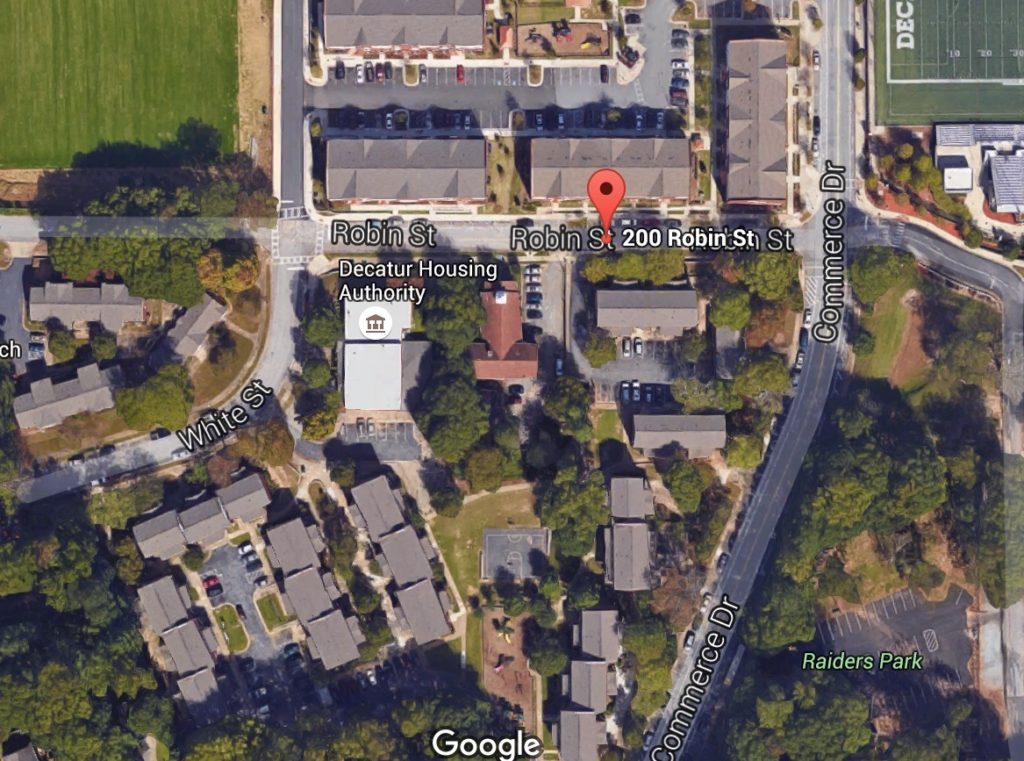 The approximate location of a homicide that occurred on July 6. Source: Google Maps

Murder is a relatively rare occurrence in Decatur. The last homicide victim in Decatur was Karen Pearce, who was murdered in 2014 by a serial killer who pleaded guilty to the crime last month.