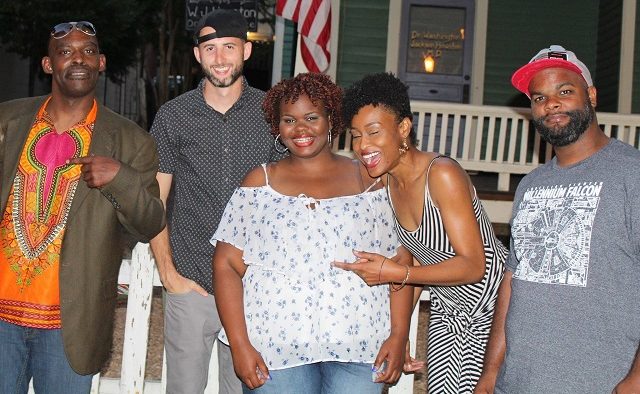 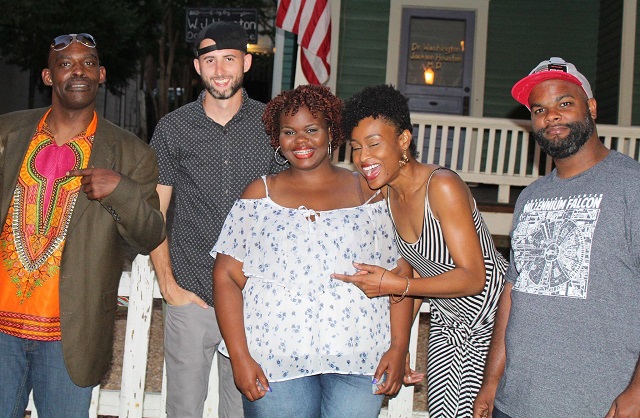 By this time next week, downtown Decatur will play host to a barrage of poets in town for the National Poetry Slam.

From Aug. 1-6, you’ll be able to hear the sweet sounds of slam poetry just around every corner. This will be the first time that one of the most notable competitions among poets has come to Atlanta.

“I’ve been going to Nationals since 2008,” Daryl Funn, an NPS event organizer and local slam poet, said. “I’ve seen it go from city to city and I’ve always wanted it to come to Georgia.”

Funn has been doing competition poetry for several years now, and said he always knew Decatur would be a good spot for the slam.

Starting the evening of Aug. 2, places around downtown Decatur, such as the DeKalb County Public Library, Little Shop of Stories, Java Monkey, CORE Dance Studio, and even the Decatur City Hall Commissioners Room will be used for poetry slam bouts. Check the NPS website for the full schedule.

What is a poetry slam, you ask? A poetry slam is a competition form of spoken word. Poets are challenged to create an original piece of art to perform on stage under strict guidelines. Competing poets have three minutes, plus a 10 second grace period, to perform their piece with no props. Those poets are then judged by five randomly-selected members of the audience on a scale from 1 to 10 (including tenths of a point, e.g. 9.3) based on originality—and how the poem made you feel.

Think of a slam poem as a three-minute lobotomy that will make you laugh or cry, or experience some other emotional state you thought you’d lost because all the politics on your social media feed has caused you to lose faith in humanity.

“This year, there are a total of 377 competing poets,” Funn said. “But that’s not including volunteers, entourage, or people who’ve never been to Decatur.”

With other poets, and friends of poets, he said that could boost the total number to 700-800 poets, not including spectators—which is likely to be in the thousands.

Atlanta has two main slam poetry teams competing this year—Java Monkey and Art Amok. Both teams have competed in NPS in the past, but never once has an Atlanta team taken home the NPS title, or trophy, which is shaped like a stack of books being impaled by a sword. Ashlee Haze and Karen Garrabrant, Java Monkey and Art Amok slam master respectively, are feeling the crunch time with less than a week before nationals.

“I love the poets on my team and they all really know what they’re doing,” Garrabrant said. “They’re amazing! We’re like family. We’re ready—though every team wishes it had one more week.” 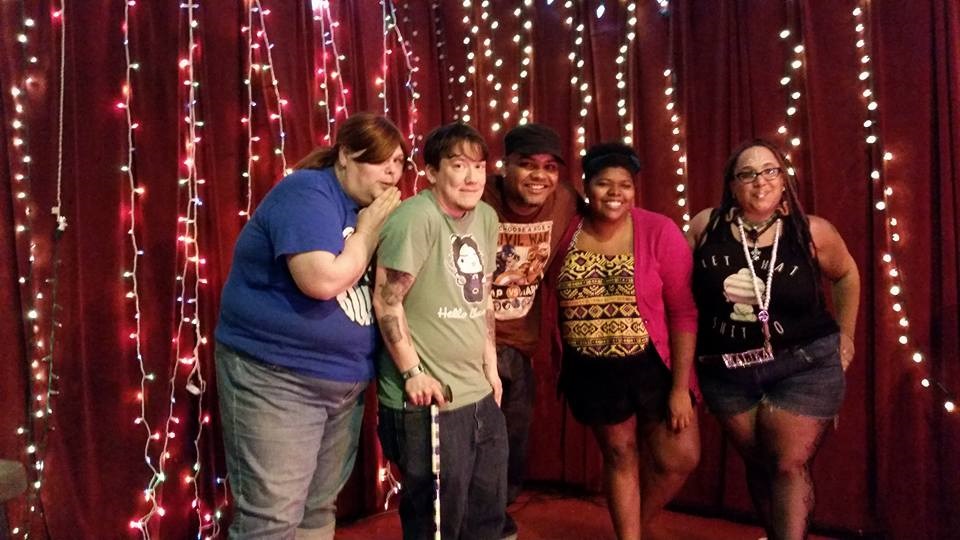 “My team has been putting in a lot of hours and are really working to perfect their work,” She said. “We are super excited to be the Decatur home team and we’re ready to welcome poets to our home.”

Haze added that she doesn’t feel pressure to win, but “pressure to shine” and represent for Atlanta slam poetry on a national stage.

The Art Amok team, Garrabrant said, is at the point of seeing each other every day.

“No matter what the hour,” she said. “Balancing work schedules is always the biggest challenge. We want poetry, all the time.”

With five days of poetry—leading up to a national showdown on the stage of the Sidney Marcus Auditorium in the Georgia World Congress Center—that’s exactly what they’ll get.

But “the point,” of a poetry slam, “is the poetry, not the points.” It’s a phrase you’re likely to hear a if you attend just one poetry bout at NPS. The competition, to many of the poets, is only a reason to get together and share art.

As a slam master, Haze said, “It’s an honor to be a part of (my team’s) growth, which has helped me grow.”