The Decatur Fire Department says a fire at 615 South McDonough Street on July 14 caused significant damage but no one was injured.

“The City of Decatur Fire Department responded to a fire call at 615 S. McDonough Street.  Firefighters are on the scene.  At this time there is significant damage to the home but no reported injuries to any residents,” a statement from the city says.

In a statement, the Fire Department said, “The home was occupied at the time of the fire. A passerby saw the smoke, knocked on the residence, and advised occupants the house was on fire. All occupants were removed from the structure prior to arrival. The Fire Department did have one member transported to be assessed. He was treated and released.”

The cause is under investigation. 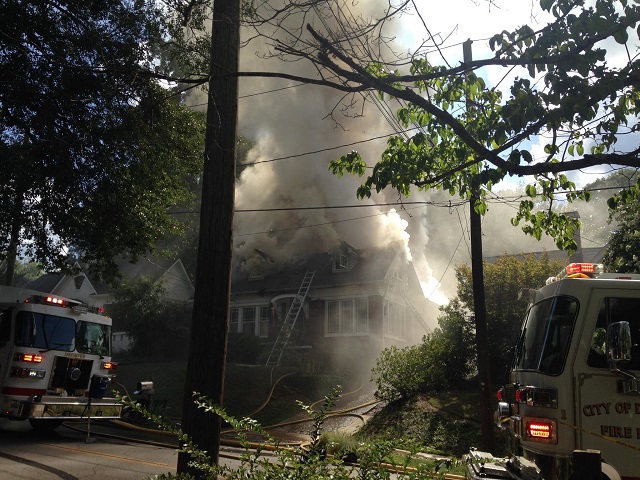 Photo of the house fire on July 14 provided by http://thedecaturminute.com/