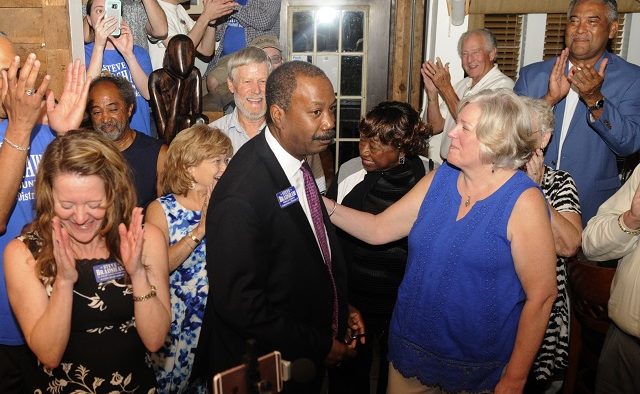 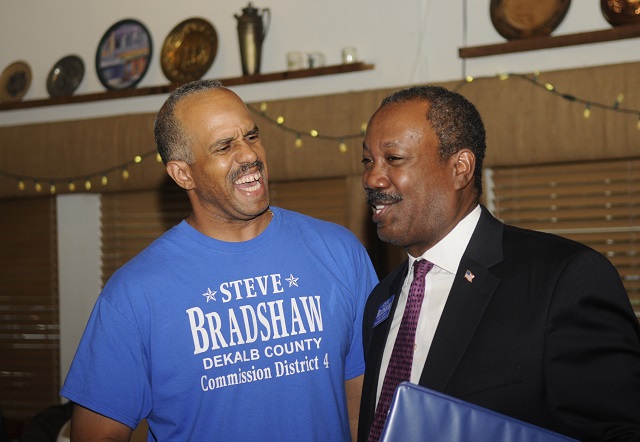 Bradshaw received 75 percent of the votes cast in the runoff for the Democratic primary, getting 5,853 votes compared to Sutton’s 1,907 votes.

He will face Republican Willie J. Willis in the November general election.

“I am proud of the people of DeKalb County,” Bradshaw told Decaturish. “They are tired of the trash. They want something better, so hopefully I can deliver that. I feel good. I am excited to get to work for the people of District 4.”

Sutton did not return a message from Decaturish seeking comment.

It’s a reversal of fortunes for Bradshaw, who lost to Sutton almost just as badly when he challenged her in 2012. She won 73 percent of the vote then.

But a lot has changed in four years.

Bradshaw, who works as a sales business development manager at Delta Global Services and also is a U.S. Army veteran, had plenty of attack angles on Sutton, who has been a magnet for controversy during her time on the commission.

Sutton is also facing questions concerning her use of her county-issued purchasing card. She sued the county’s ethics board, claiming it is unconstitutional. That effectively put the complaints against Sutton on hold while the lawsuit is pending. That has spared her from headlines regarding the rulings of the county’s Ethics Board. Her former assistant was recently found to have used her county issued card to make personal purchases and was fined $1,000, according to the AJC.

In the waning days of the May 24 primary and July 26 runoff, Sutton made an issue out of Bradshaw’s military service and accused Bradshaw of trying to “hide” his white wife from voters.

Bradshaw has promised to be ethical in his conduct and accessible to his constituents.

Here are more photos from Bradshaw’s watch party. Decaturish asked Sutton about her watch party plans so we could send a photographer, but we never received a response. 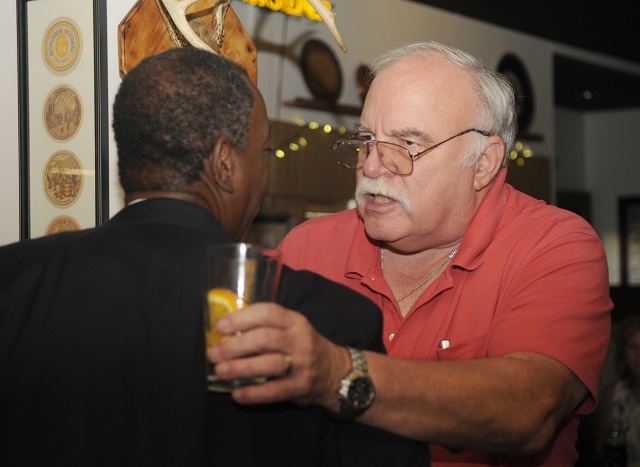 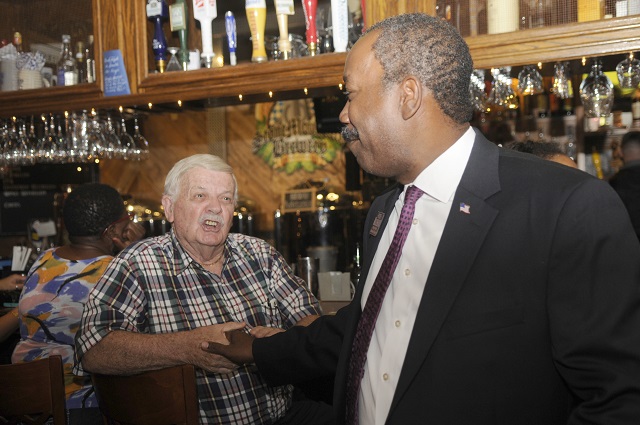 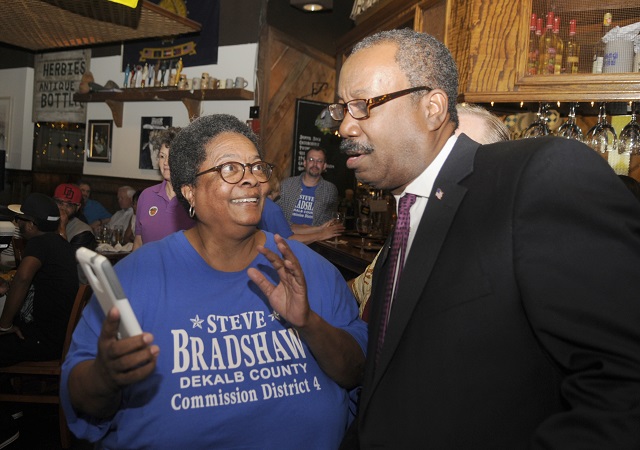 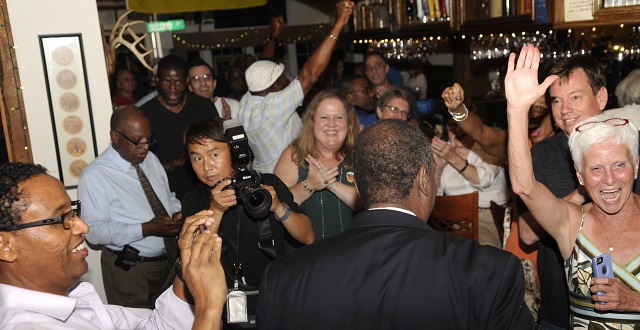 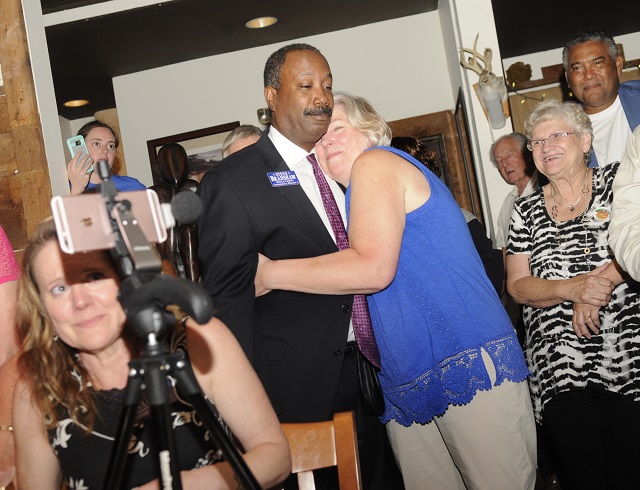 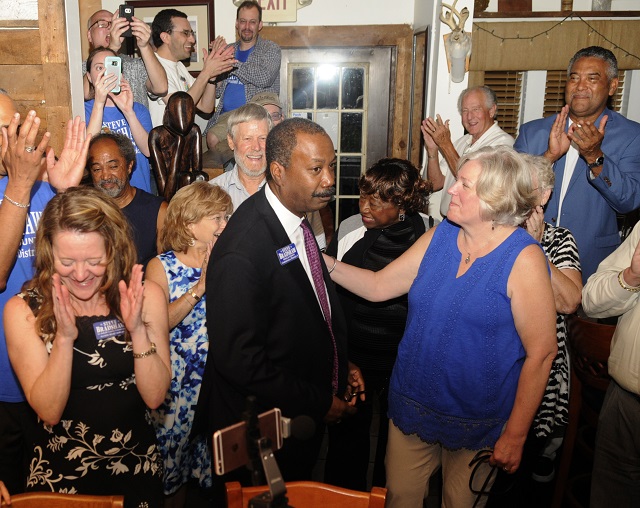 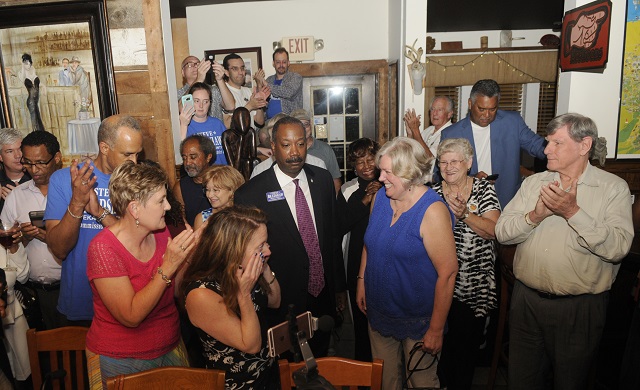 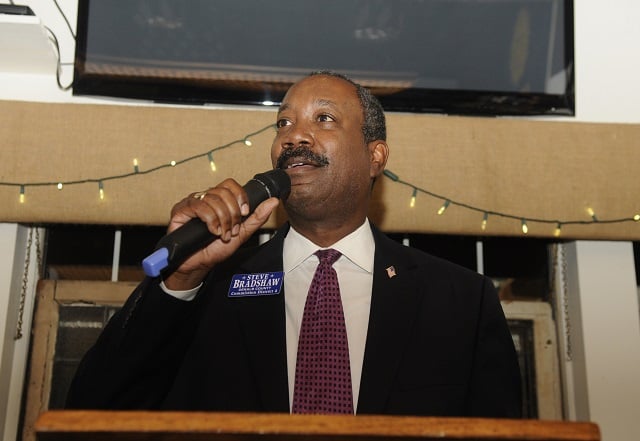 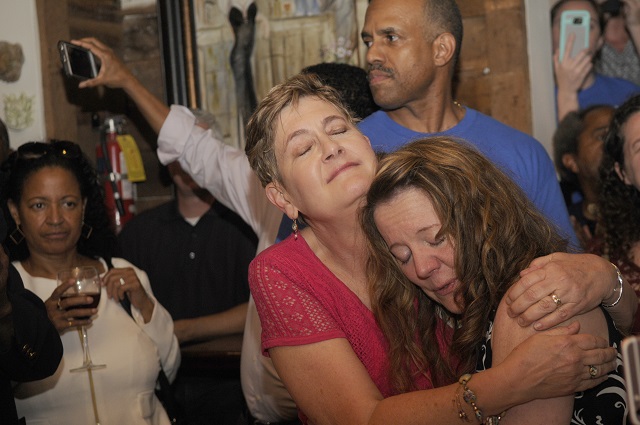 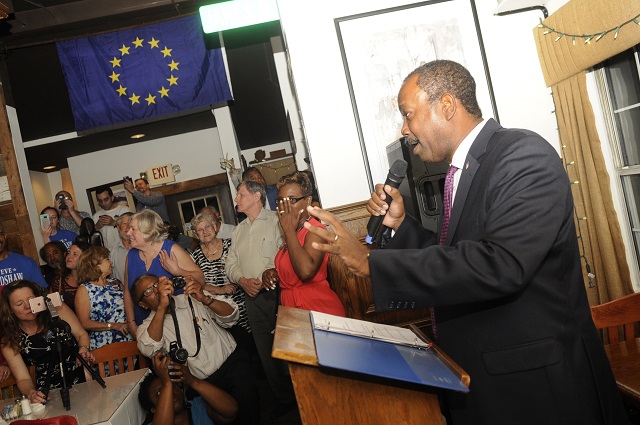 Steve Bradshaw speaks to his supporters. Photo by Rebecca Breyer