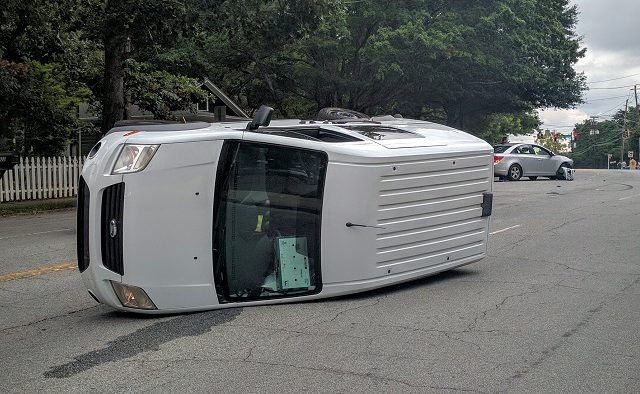 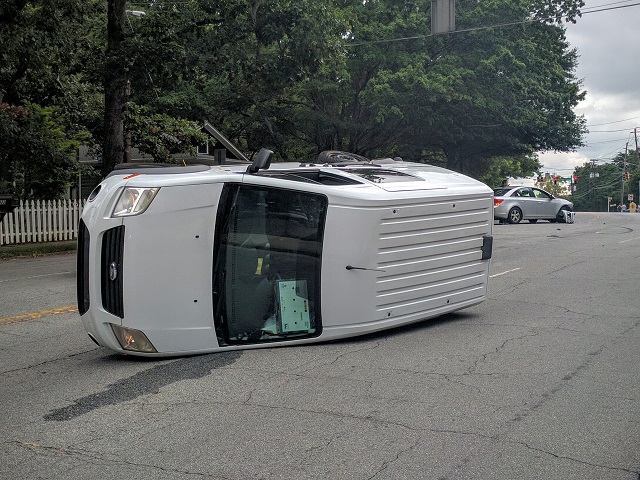 A van overturned on East Ponce de Leon Avenue in front of the Avondale MARTA station after being struck by a vehicle turning off Poplar Street.

No injuries have been reported.

Police Lt. Jennifer Ross said, “Officers are on scene of a vehicle accident on East Ponce de Leon Avenue and Poplar Street. A van traveling east bound on East Ponce de Leon Avenue made a sudden lane change when the vehicle in front of the van suddenly stopped to let out a passenger. A vehicle turning off of Poplar Street struck the van in the side and the cargo inside of the van shifted and caused the van to turn over on its side.”