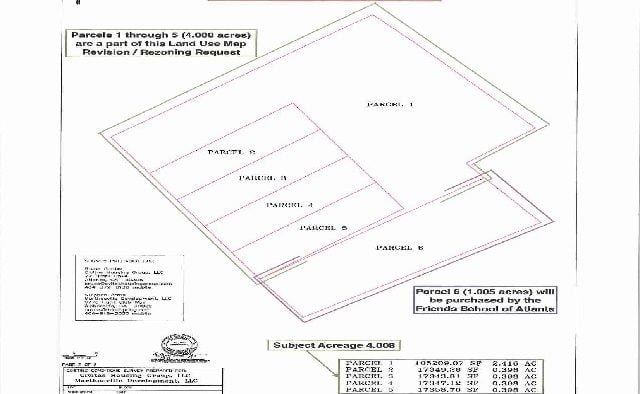 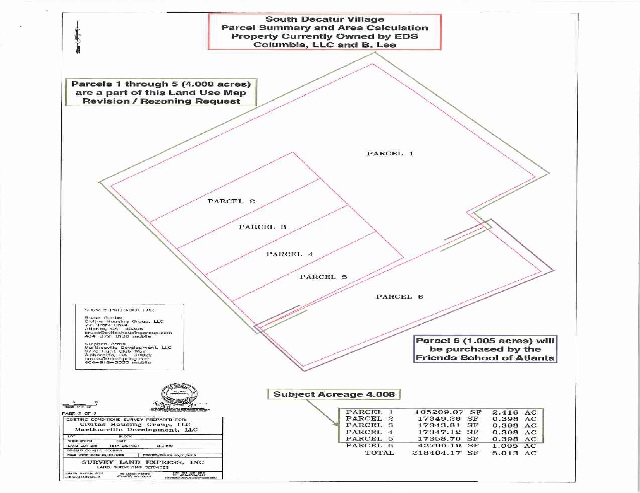 Photo obtained via the city of Decatur.

A 4-acre development that will be built at South Columbia and Katie Kerr drives in Decatur will be considered by the City Commission on Monday, Aug. 15.

The development, which will be known as South Decatur Village, is a mix of 64 units that will be a combination of town homes and single family detached housing. The developers are Stephen Arms and Bruce Gunter.

Gunter is best known locally for his involvement with Progressive Redevelopment Incorporated, which redeveloped the Scottish Rite property in Oakhurst.

Arms previously told Decaturish he hopes to close on the property in September. If the zoning is approved, construction could begin early next year.

Planning Director Angela Threadgill said the city’s Planning Commission voted to recommend approval of changing the land-use of the property and approve rezoning it from commercial to multifamily residential.

The City Commission’s full meeting agenda will be available on Aug. 12.