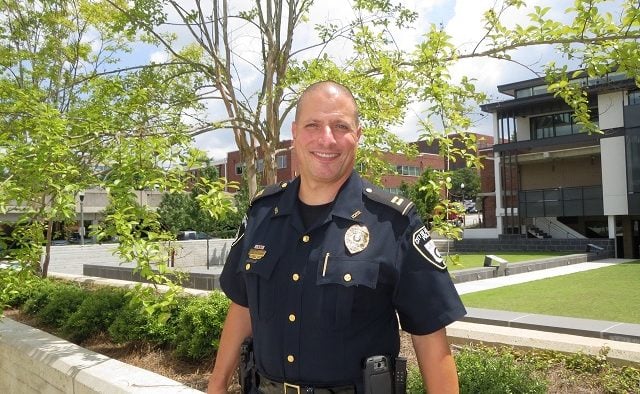 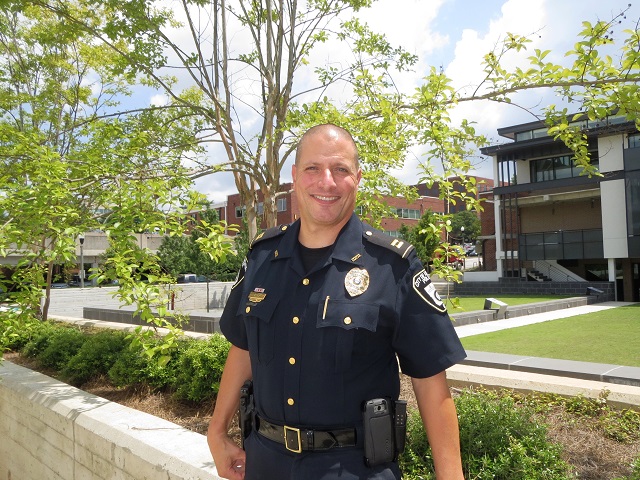 Decatur’s Police Department has promoted officer Scott Richards to be the city’s next deputy police chief.

Richards succeeds Keith Lee, who retired on July 29 after 27 years.

“Deputy Chief Richards grew up in Stone Mountain and joined the Decatur Police Department in 1994,” Lt. Jennifer Ross said. “He is a graduate of Georgia State University, with a B.S. in Criminal Justice and a graduate of the University of Louisville Southern Police Institute’s Administrative Officer’s Course where he achieved Dean’s List recognition for academic achievement. Throughout Deputy Chief Richards’ career with the Decatur Police Department he has worked as a patrol officer, field training officer, patrol supervisor, instructor, supervisor over the training division and served as captain over the patrol, special units and support services divisions. Deputy Chief Richards most important role is that of being a husband and father to two beautiful daughters.”