Decatur’s Ebrik Coffee Room on track to open this summer

Decatur’s Ebrik Coffee Room on track to open this summer 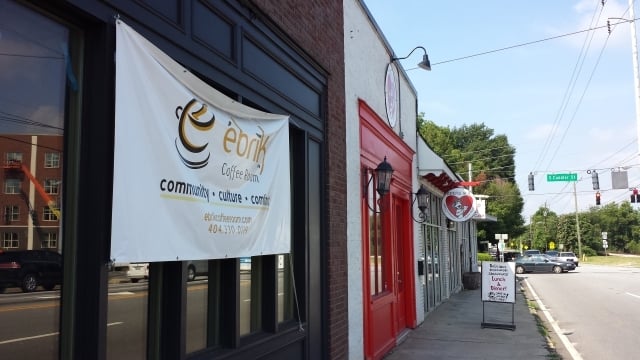 The future home of Ebrik Coffee Room in Decatur. Photo by Dena Mellick

The owners of Ebrik Coffee Room hope to open the Decatur location later this summer.

Owner Basel Nassri told Decaturish in January that he hoped to open this past June. In an email to Decaturish, Nassri explained he and his partners had experienced delays in the permitting process.

“But once we got through those, it’s been pretty smooth going since,” Nassri said. “We’re about 50 percent through build-out. We’re hoping that it shouldn’t be longer than a month to open.”

Nassri and fellow owners Abbas Arman and Ruba Alhenawi own Ebrik’s first location in downtown Atlanta. The Decatur coffee shop will be located at 309B East College Ave. between Arepa Mia and Trackside Tavern near Agnes Scott College.

The shop’s specialty is Turkish coffee. In fact, Nassri said Ebrik comes from the Turkish word for coffee pot.

“That’s one of our most popular items — our Turkish coffee,” Nassri told Decaturish earlier this year. “It’s a coffee that is ground finely and they put the cardamom spice in there with it. You just brew it on a burner, so it’s really thick and really strong. It’s got sediment on bottom of the pot.”

Nassri said he has received a lot of positive feedback about the Decatur location since Decaturish’s first article. “Turns out a lot of our customers here downtown live in Decatur. So that’s definitely a promising sign,” he said in an email. “We’re really excited about opening in Decatur. Unfortunately, it has taken much longer than we hoped. On the plus side, good things come to those who wait!”