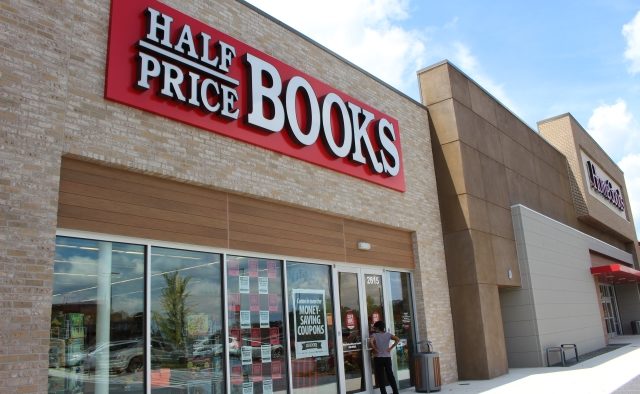 Half Price Books in Decatur. Photo by Dena Mellick
Share 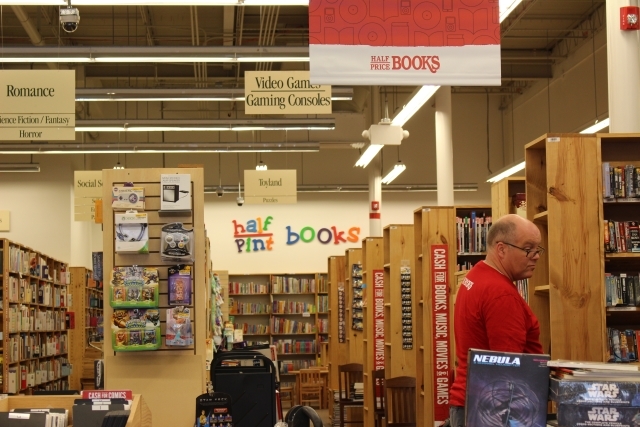 Half Price Books is opening in Decatur’s Suburban Plaza. Photo by Dena Mellick

Half Price Books opens in Decatur this week with a four-day celebration.

The nearly 7,000-square foot bookstore opens its doors Thursday, Aug. 25, and employees will offer prizes and discounts through the weekend.

“If you’re one of the first 100 people to show up on each of the days of our planned opening, you get a free tote bag, and each tote bag has a $5 gift card in it. And one of them has a $100 gift card in it,” said Tony Warmus, Regional Manager for Half Price Books.

While the grand opening isn’t until Thursday, Half Price Books will start purchasing items from the community on Monday, Aug. 22. Sellers can get cash for items and get a sneak peek of the Suburban Plaza store at 2615 North Decatur Road.

Employees were taking inventory and shelving books at the Decatur store on the Friday before the opening week.

Occasionally, curious people would walk in, and employees would explain that although the store was not yet open, they were welcome to look around.

“There’s a lot of foot traffic here. A lot of people are interested,” Warmus said.

It’s the second store in Georgia. The other location is in Marietta which opened in May. More are planned for the state.

“We’ll be looking for other locations here in Atlanta,” Warmus said. “Down the road, probably Augusta and Savannah.”

Warmus said the Suburban Plaza location in Decatur was a great find. “The neighborhoods around here are just denser.”

Warmus said about 70 percent of the items for sale are used, and the other 30 percent are new and include current bestsellers.

That means the store ends up with a lot of unique items, in addition to popular books and games. Warmus showed off a signed book by George RR Martin, the author of “Game of Thrones” and a first edition novel called “Moonchild” by English author Aleister Crowley that cost $1200.

“What we sell it for is half of what it is in the online market,” Warmus said. 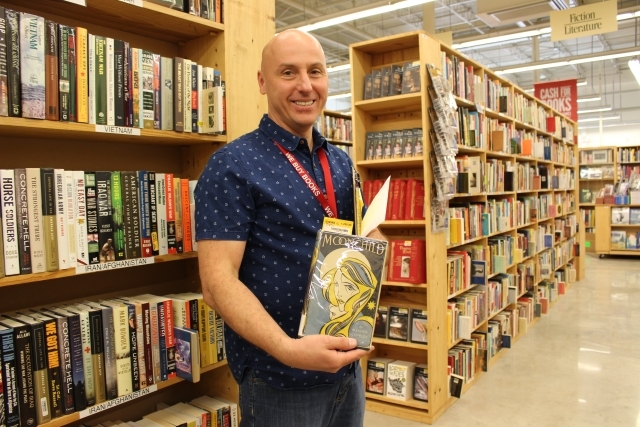 The model has helped the business expand at a time when some bookstores were not doing as well.

“I think the death of bookstores was greatly exaggerated,” said Warmus. “It made a great story back when Borders closed, but Borders closed for reasons that really had nothing to do with readers. It was a management issue more than anything. We’ve been doing really well. We are growing.”

Half Price Books is a private company, headquartered in Dallas, TX. It has 128 stores in 17 states, and Warmus said the company has been adding three to five new stores a year.

“The company was started by a couple of hippies back in the early 70s and they wanted to make reading affordable to everyone,” Executive vice president and chief strategy officer Kathy Doyle Thomas told Decaturish in 2015. “The mission was if we can’t sell it, we can give it away.”

The Decatur store is already preparing to give back to the community. It will celebrate National Literacy Month in September with donations to Everybody Wins! Atlanta, an organization that focuses on developing a love of reading in students.

It will also have a presence at this year’s Decatur Book Festival over Labor Day weekend.

Decaturish asked Decatur Store Manager Neal Porter if he was prepared for the grand opening next week.

“We’ll be ready for Thursday to hit the ground running,” Porter said.