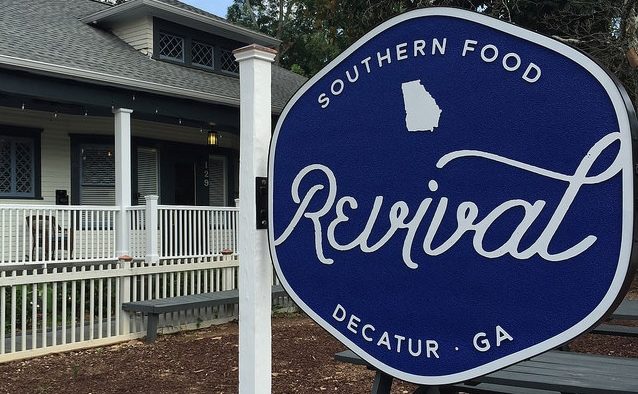 Southern Living has named Revival in Decatur and Staplehouse in Atlanta as two of Southern Living’s Best New Restaurants of the South in 2016.

Revival is the brainchild of celebrity chef Kevin Gillespie. It opened in 2015. It offers a family-style dining experience based on Gillespie’s family traditions.

Southern Living said of Gillespie, “Revival might be the truest example of who he is as a chef—full of heart and reverence for the most beloved dishes of Southern memory.”

The magazine also said, “Every meal starts with the Gillespie family cornbread—a thin, crispy crust encasing a fluffy, tender interior. This dish is so prized within the family that only one person per generation is entrusted with the recipe.”

Southern Living says, “Staplehouse is rooted in family, community, and generosity of spirit. A husband/wife/sister-in-law trio runs the Old Fourth Ward spot, and all after-tax profits are channeled to The Giving Kitchen, a nonprofit organization that helps members of the restaurant industry in times of need.”