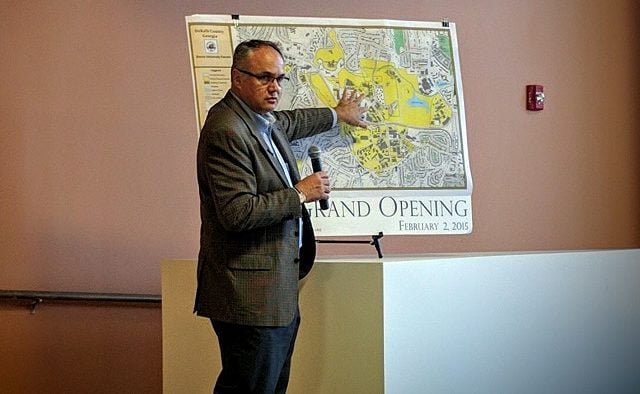 DeKalb County Commissioner Jeff Rader discusses a map that shows all of Emory University’s parcels near the city of Atlanta. Photo by Dan Whisenhunt
Share 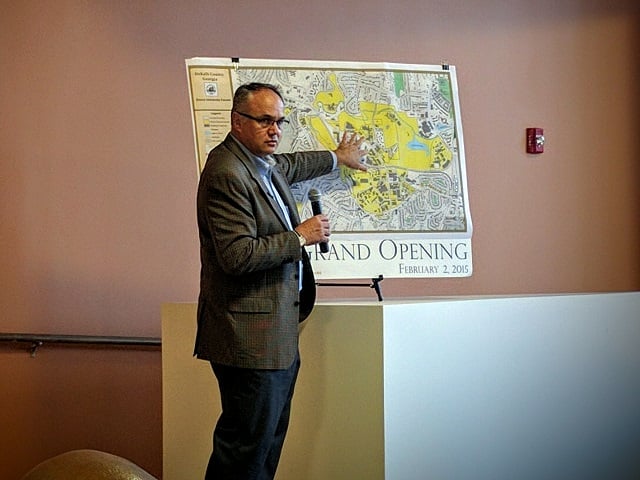 DeKalb County Commissioner Jeff Rader discusses a map that shows all of Emory University’s parcels near the city of Atlanta. Photo by Dan Whisenhunt

Emory University’s announcement that it would pursue annexation into Atlanta caught many by surprise, and it could inspire neighboring residents to ask to move into the city as well.

On Monday, Aug. 22, DeKalb County Commissioner Jeff Rader held a meeting about Emory’s annexation proposal at the Central DeKalb Senior Center, drawing a large crowd and several members of the news media. The university did not have a representative speak at the meeting.