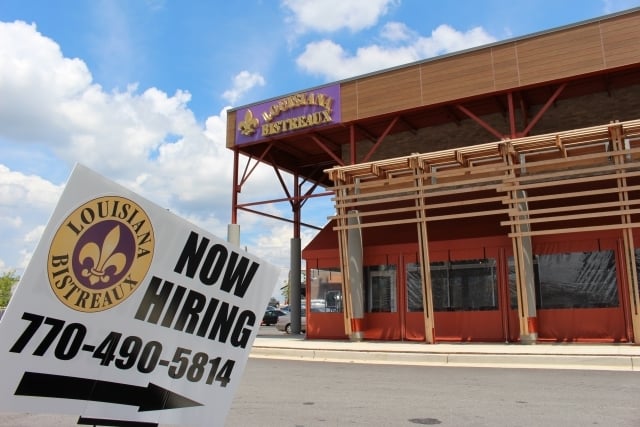 Louisiana Bistreaux restaurant is hiring ahead of its opening in Decatur’s Suburban Plaza. Photo by Dena Mellick

Louisiana Bistreaux, a Cajun restaurant, will open its doors next week in Decatur’s Suburban Plaza.

He said a grand opening party is in the works as well.

A manager for the Decatur location told Decaturish that the restaurant is hiring servers. That manager also said he was awaiting final inspections.

The interior appeared close to completion with chairs and tables set up both inside and outside on the covered patio.