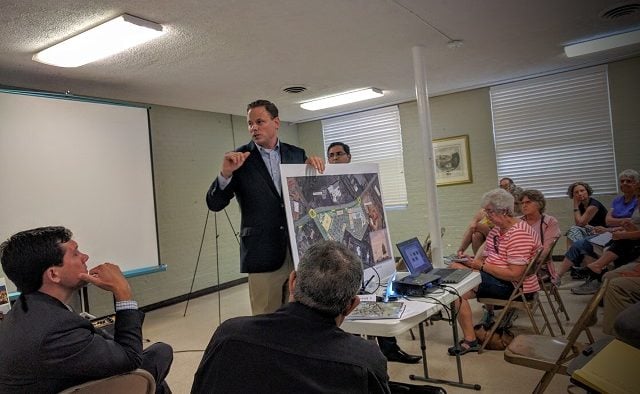 Jeff Garrison, a partner with developer S.J. Collins, speaks during a community meeting on June 13. Photo by Dan Whisenhunt
Share 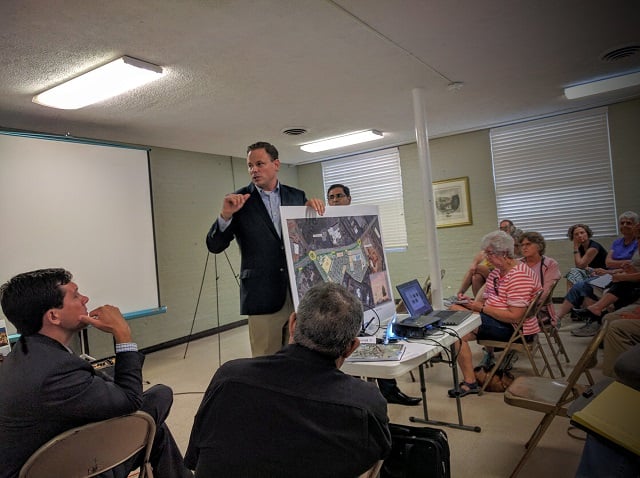 Jeff Garrison, a partner with developer S.J. Collins, speaks during a community meeting on June 13. Photo by Dan Whisenhunt

S.J. Collins Enterprises, the developer behind a mixed-use project at North Decatur Road and Church Street that will include a Whole Foods 365 store, is holding another public meeting about the project.

The meeting follows a similar public meeting that occurred in June that received a warm response from residents.

“On July 21, more than 30 people attended the design meeting and expressed preferences regarding the open space areas near the 365 Whole Foods and the residential building,” the Aug. 16 meeting announcement says. “This feedback was helpful and positive resulting in options for the design and type of use. We look forward to sharing the options with you on Aug. 16 and hearing your preferences.”

At the June meeting, S.J. Collins Enterprises said the mixed-used project would be anchored by a 365 by Whole Foods Store and said it will potentially include businesses with a drive through. It will also have 200 to 300 apartment units.