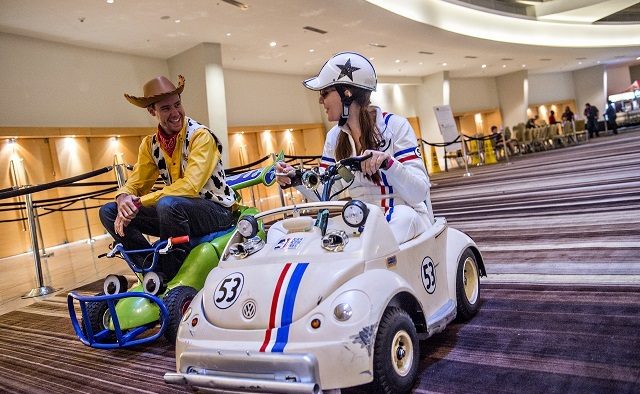 Leah D'Andrea (right) and Bill Winans make their way through the lobby as they head towards the staging area for the annual DragonCon Parade in Atlanta on Saturday. Photo: Jonathan Phillips
Share 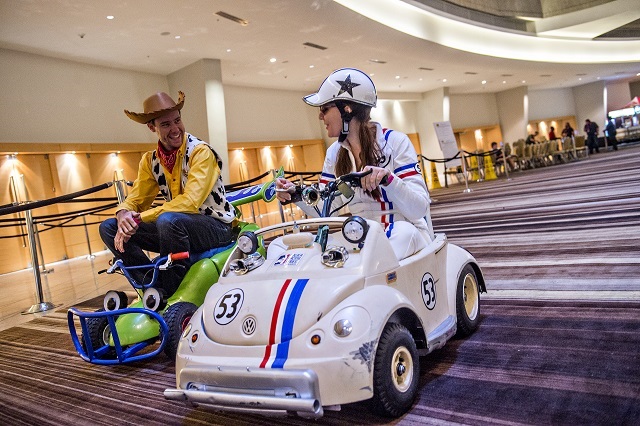 Leah D’Andrea (right) and Bill Winans make their way through the lobby as they head towards the staging area for the annual DragonCon Parade in Atlanta.
File Photo: Jonathan Phillips

The Atlanta Police Department says it expects more than 500,000 people to descend on Atlanta this weekend.

“The Atlanta Police Department (APD) wants the public to be aware of many Labor Day holiday events expected to attract large crowds,” a press release from APD says. “There will be a total of 14 special events throughout the city, which is a significant increase from the nine events held in 2015.”

In response to the anticipated number of people driving this weekend, the Georgia Department of Transportation is curtailing is suspending many ongoing road projects.

“Labor Day weekend is the last holiday of the summer and we expect heavy traffic,” Georgia DOT State Construction Engineer John D. Hancock said in a press release. “We are limiting construction and associated lane closures to make travel to Georgia’s lakes, parks and attractions easier and safer for all.”

Here is a partial list of the events going on throughout the city:

– House in the Park  Grant Park

APD is encouraging people to travel using MARTA and to plan well in advance of any trips through the city.

GDOT said in the press release, “Traffic will likely be heavy in various Metro Atlanta locations with college football games at the Georgia Dome on Friday and Saturday; an event on Sunday at Philips Arena; Dragon Con and Atlanta Black Gay Pride weekend activities in downtown Atlanta; plus the Decatur Book Festival and Six Flags Over Georgia.”

The Transportation Department also encourages people to buckle up if they plan on driving.

“We typically see an increase in roadway fatalities during heavy travel holidays, and with traffic fatalities up again this year, I cannot overemphasize the need for drivers to slow down, drive alert and take every precaution to protect themselves and their passengers,” Hancock said in the press release. “Buckle up, put down the cell phone and do not drive distracted or impaired. Just focus on driving.”

APD is also encouraging people to pay attention to what’s going on around them.

“Event-goers should be mindful of their surroundings and call 9-1-1 to report any suspicious activity,” the press release from APD says. “Keep in mind the APD’s Clean Car Campaign by removing all valuables in plain sight from vehicles. Officers routinely respond to reports of laptops, GPS units, tablet computers, purses, firearms and other valuables stolen from unattended vehicles. Leave these items at home, or take them with you to avoid becoming a victim of this preventable crime.”