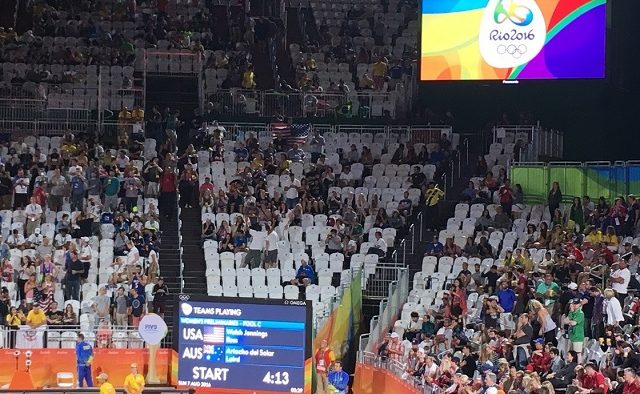 The first event I attended was beach volleyball. The stadium is right on Copacabana Beach. No need to import 10 tons of sand. The shoreline is deep and there is sand for days. This stadium feels like it is made out of Legos. I mean that in a temporary-can-be-awesome way. 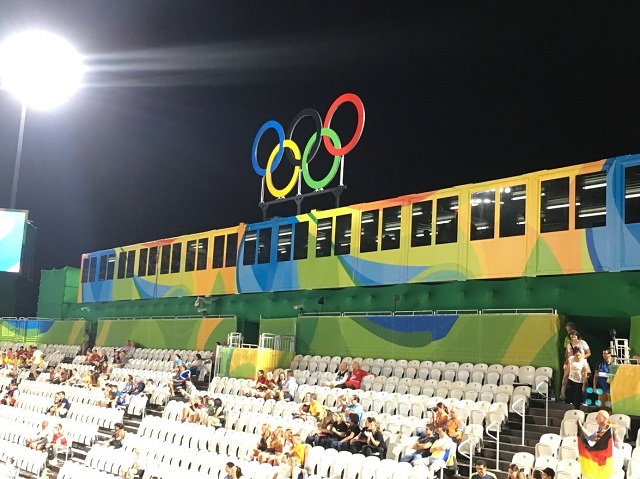 Men who play beach volleyball can wear clothes. They are usually tall lanky men who can jump very high, but not shoot a basketball. I watched several matches. In Poland versus Germany, I cheered for Poland based on uniform color and who had the deepest squat pre-block. This is very scientific. Poland won. 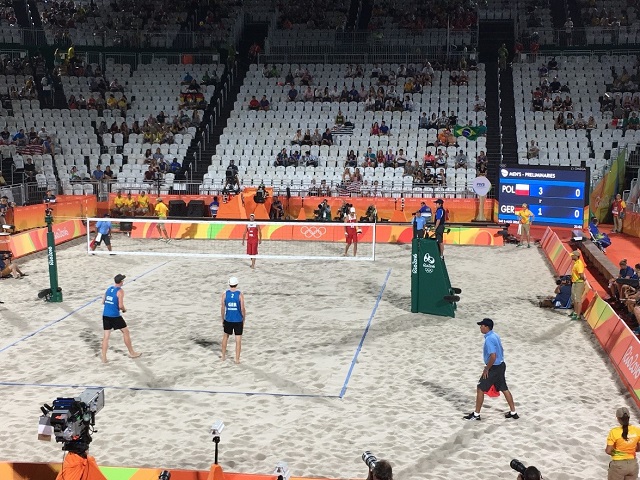 Then I watched Spain and Austria. Same deal for picking my team. It was Spain. Spain won. 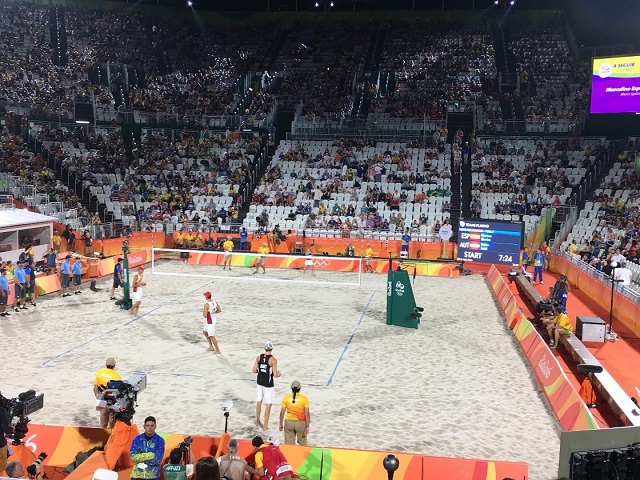 The fourth game of the night was US women versus Australia. Kerri Walsh Jennings is a grown woman with a family, and she periodically likes to take people to the beach and crush their feelings in the sand. I approve of all of this. Plus she from Stanford and Stanford is my school. Nerds watching Star Trek is my first favorite thing. Nerds being athletes is my second favorite thing. 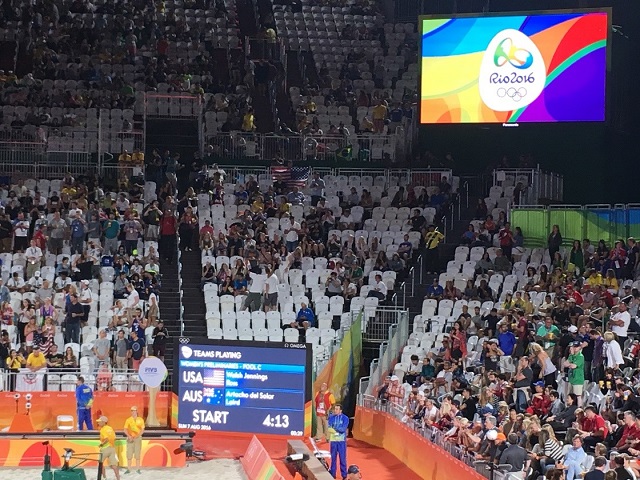 The ladies who play volleyball are basically naked and spend a good bit of the game pulling both their underwear and sand out of their butts. Rio is a great place to be body positive no matter what you look like, but the men playing volleyball wear shirts with sleeves and Bermuda shorts. The women? Not so much. I wore more clothes on my wedding night than these women do in front of the entire planet. They should get a gold medal for that. They are awesome athletes. They will still spike a ball, block your wimpy serve, and crush your feelings in the sand while wearing those bikinis. 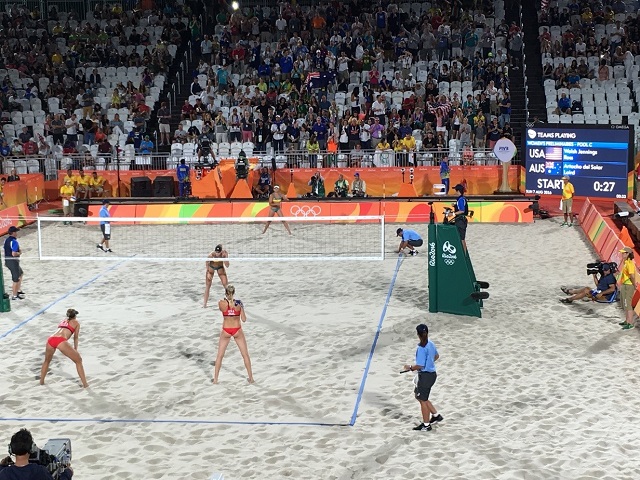 Beach volleyball was a party in Rio. The music was pumping the entire time. Fans enjoyed the speed of the game. I noticed how often the players touched each other. After every point, the teammates connect fingertips or pat each other in reassurance. Beach volleyball is the hidden treasure of the games. Catch some if you can.