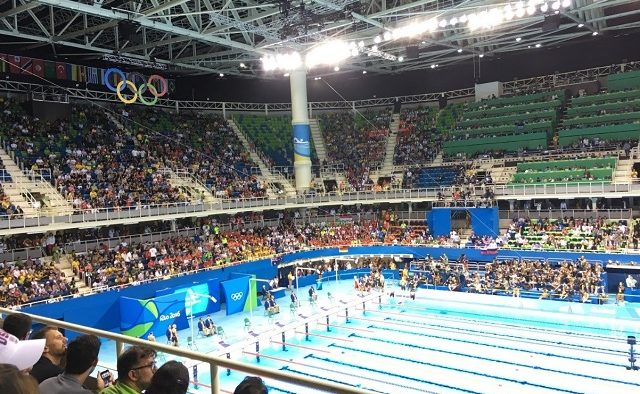 My last two sports were basketball and swimming. I considered myself lucky to have seen an American compete in every event I saw. USA played Venezuela in basketball. We had nice seats in Row A. Row A is where you would normally find Jack Nicholson and Matthew McConaughey. Except Jack wasn’t at the Olympics and Matthew was watching swimming. I thought it was a good game even though the US won by a good margin. Venezuela has a pretty good team. They kept the game tied for the first 15 minutes or so before those NBA players turned it up a notch. 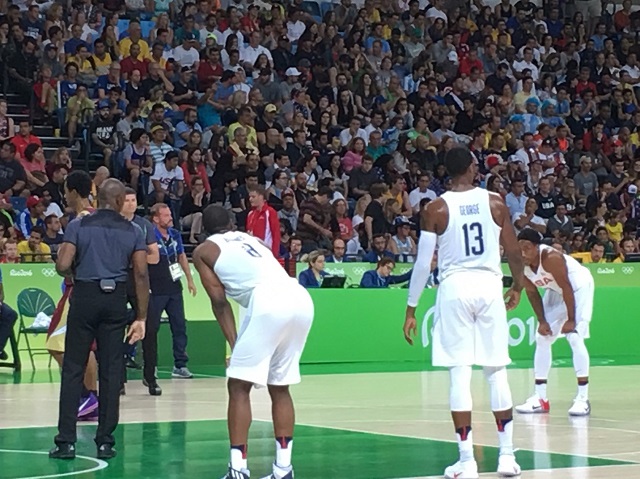 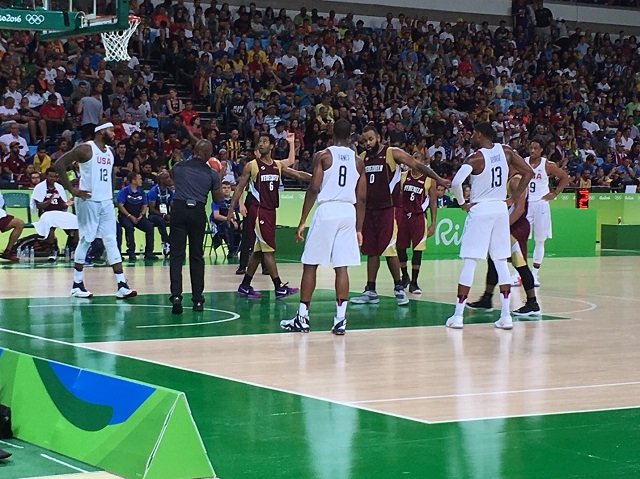 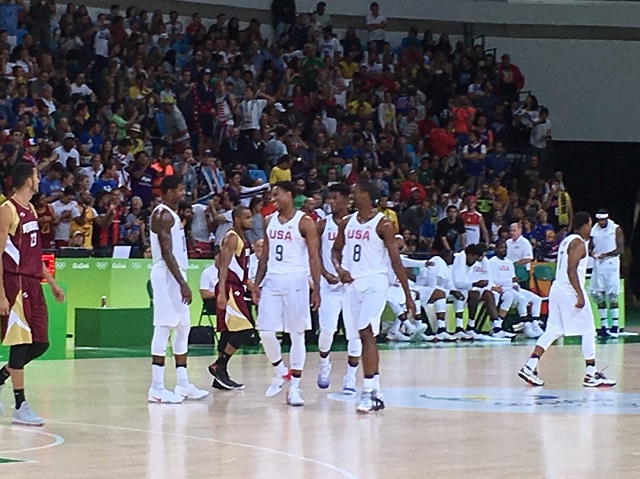 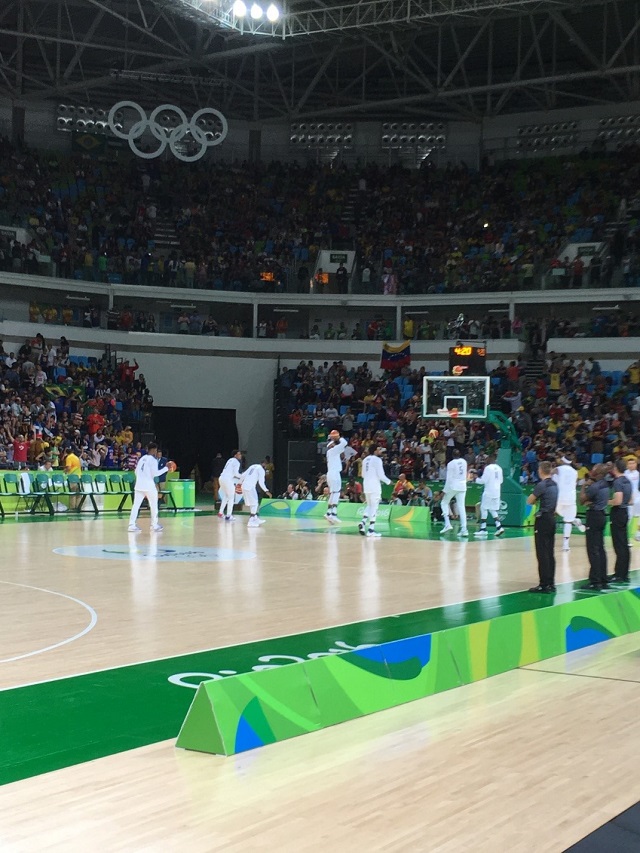 Swimming is completely different from basketball. No shocker there, but during the swimming event, you see women and men compete, different distances, and medal ceremonies right in the middle of it all. Then right back to more swimming. I’m telling you those were some of the most exciting 1 minute and 52 seconds I’ve ever experienced. I don’t have a ton of swimming pictures. Even I had taken a picture of Michael Phelps swimming, it would have just looked like a pool with some splashing in it. 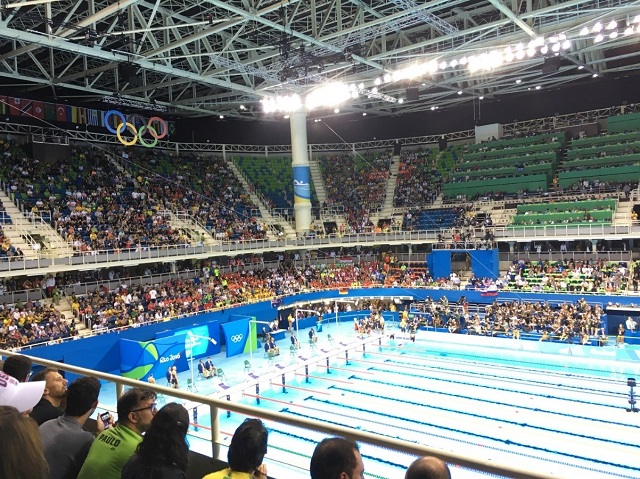 I saw Alia Atkinson from Jamaican swim in the final. I was a big deal for me. She is my hero. 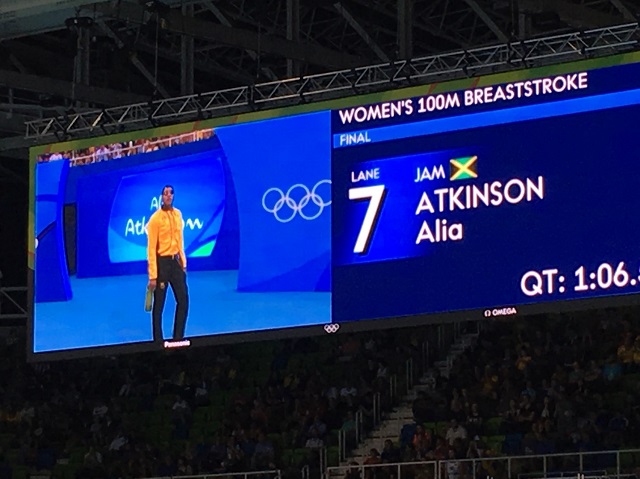 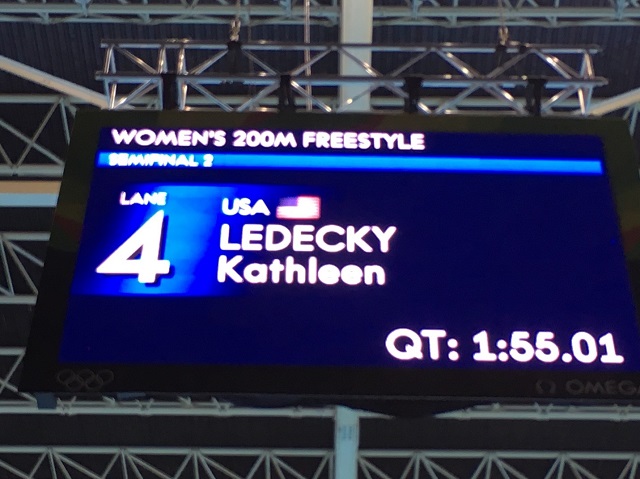 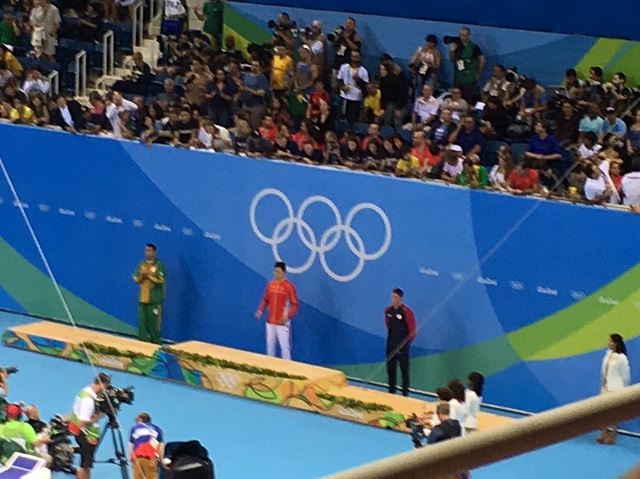 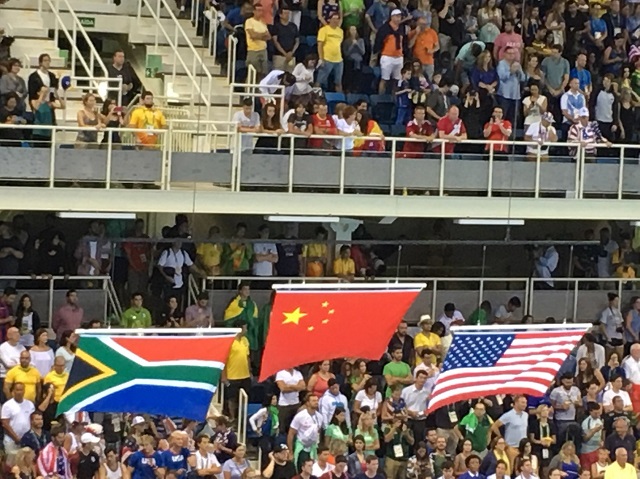 How cool is this? We saw quite a few medal ceremonies throughout the night. It is lovely to see your flag rising into the air above the audience. I hope you liked my photos. I took about 2,000 pictures. I love sports. They Olympics were very exciting. If you have any questions about how much fun I had in Rio, let us know in the comments.