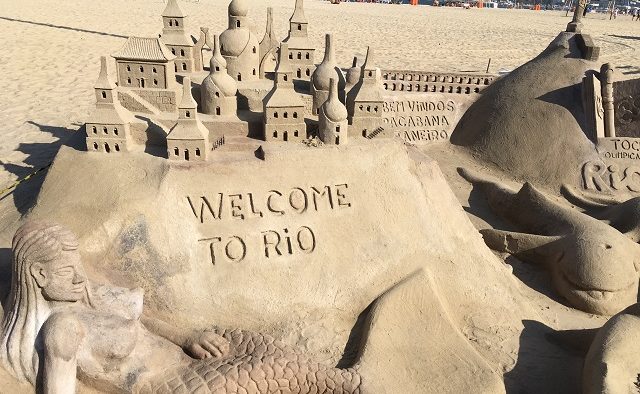 A few months ago I mentioned that I wanted to learn Portuguese just for fun. A few weeks ago I found out that I’d have the chance to go Rio de Janeiro for the Olympics. This is what I call serendipity. I’ve taken a few pictures to show you my adventure in Brazil. 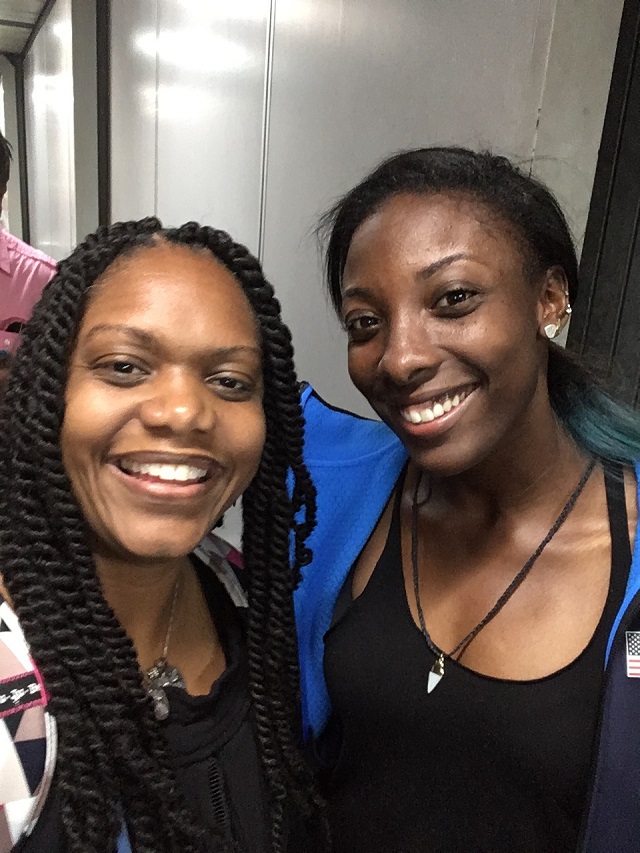 As I board the plane in Atlanta, I meet Nia Ali from the U.S. Track and Field Team. Her event is the hurdles. 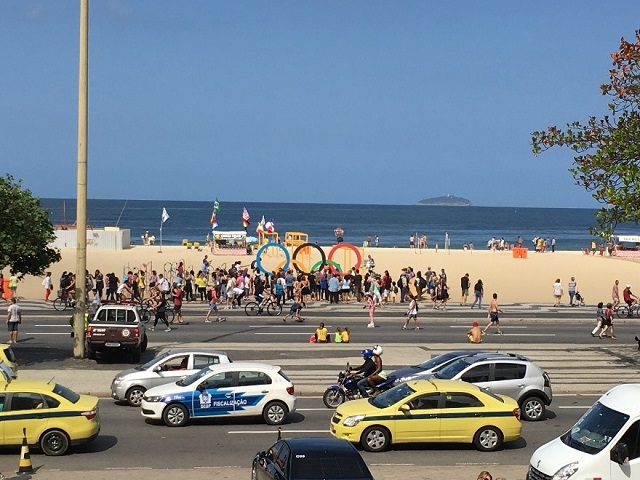 In Rio they call this season Winter. In Georgia, this is what we would call a Spring. A woman at my hotel apologized for it being so cold. It was 74 degrees. The high was 80. Basically, I’m in heaven. 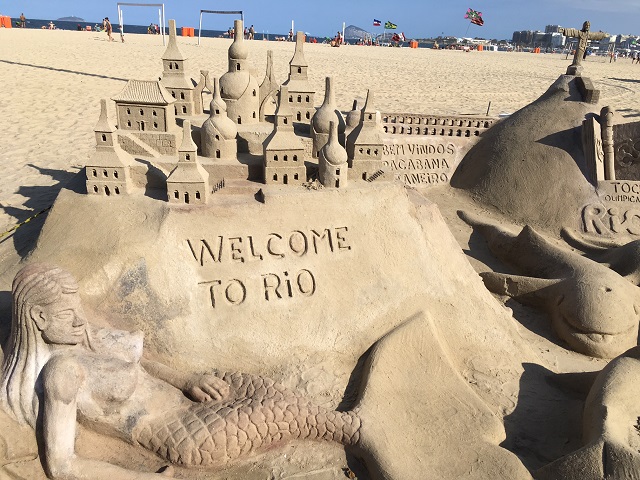 I absolutely have to put my feet in water if I’m near the ocean. Copacabana Beach is nearby. 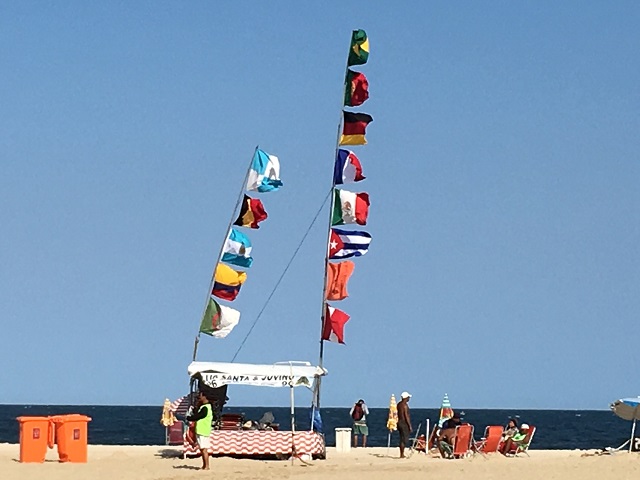 Everything reminds me of Atlanta in 1996. That was 20 years ago. 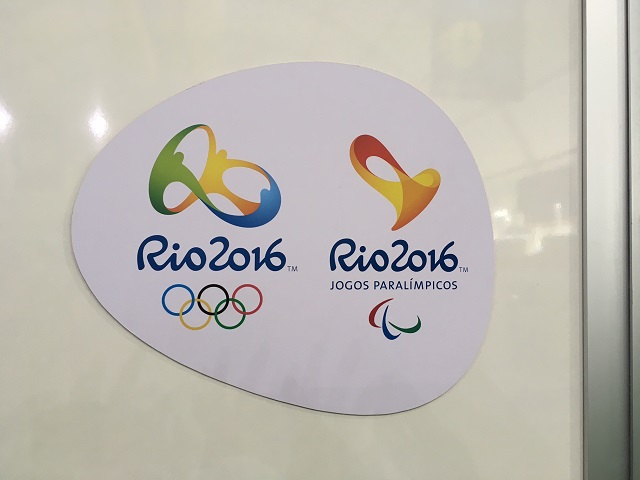 When the Olympics were in Atlanta, my mother and I volunteered for the Opening Ceremonies. We spent the day with a hundred other volunteers placing packets on the seats of the Olympic Stadium. It was a day of long work and camaraderie. I’ve always felt proud of Atlanta for those weeks in 1996. 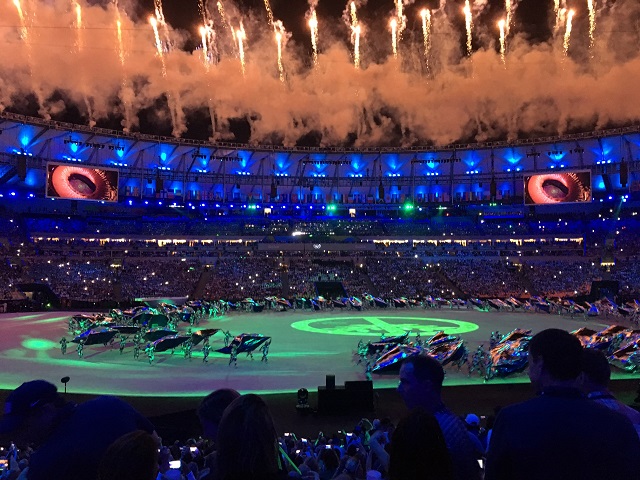 For the 2016 Opening Ceremonies, they dramatized the history of Rio, including segments about the natural world, indigenous peoples, colonialism, slaves and immigrants. 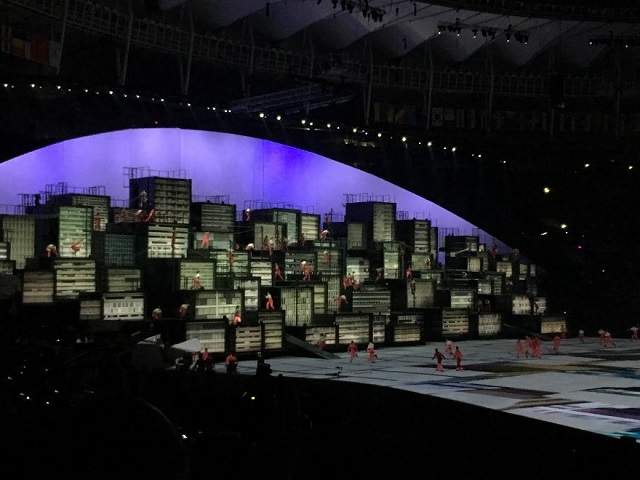 The main display was based on the favelas, or “unplanned communities” that line the hillsides around Rio. 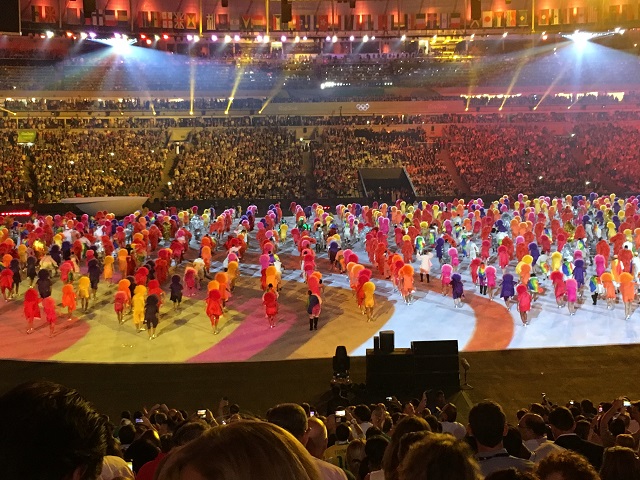 There is always some bright, nonsensical portion of the Olympic Ceremony, likely inspired by Dr. Suess, even though he never gets credit. The performers exited into the stands and interacted with the audience. This was a nice touch. 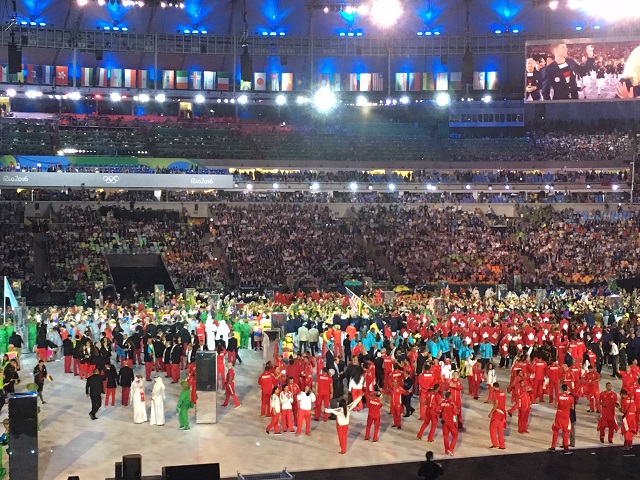 The parade of countries is my favorite thing! It is a nice reminder that we must all study up on geography and current events. As soon as you think you’ve memorized all the countries in the world, new countries appear from civil war and independence. It reminds you how quickly the world changes when we aren’t paying attention. Then you see so many different people from across the world in one location. You see athletes from different teams taking photos together. You can feel the energy in the stands. 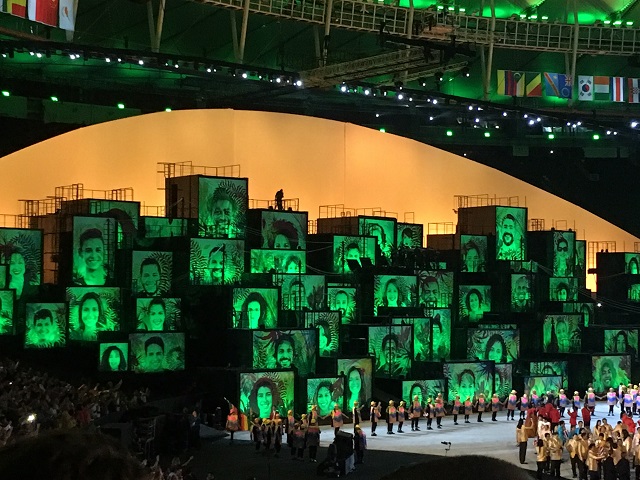 The athletes carried in seeds to be planted around Brazil as part of this Olympic legacy. The favelas become green and filled with people. 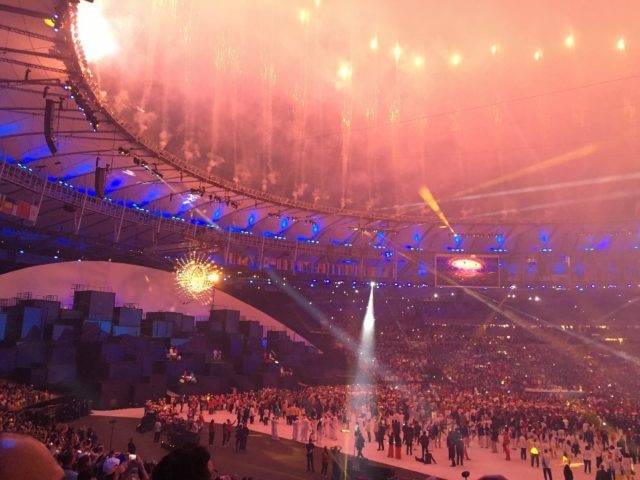 The Olympic flame and fireworks burned into the night. I’d love to hear comments from those who watched it on TV. The real life experience is pretty exciting.