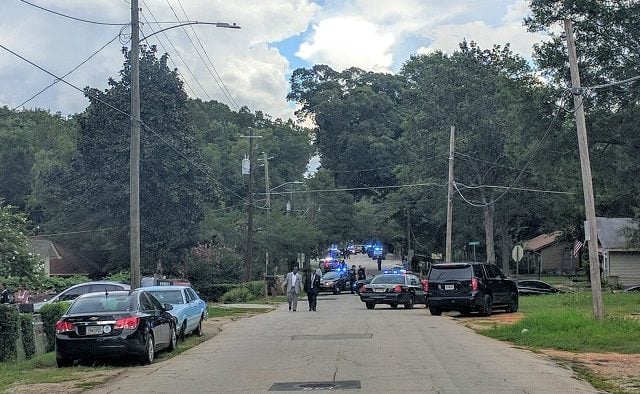 Numerous police vehicles responded to an Aug. 16 shooting at a park on Cedar Street. Photo by Dan Whisenhunt
Share 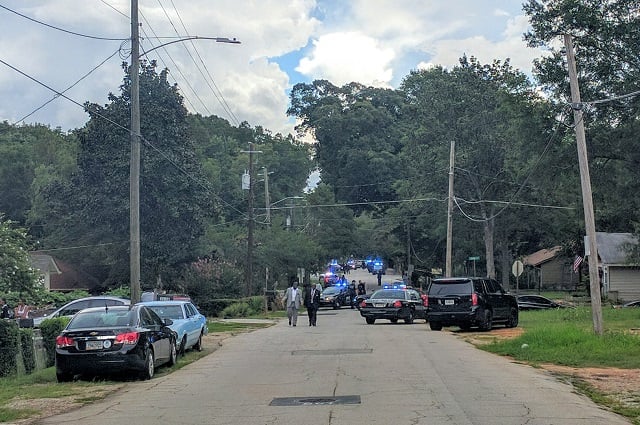 Numerous police vehicles responded to an Aug. 16 shooting at a park on Cedar Street. Photo by Dan Whisenhunt

Numerous police vehicles responded to an Aug. 16 shooting at a park on Cedar Street that left one person dead and two people injured.

The location is close to the Avondale Estates city limits, but is in the DeKalb County Police jurisdiction.

A person at the scene told Decaturish there was a drive-by shooting and three people had been shot, one fatally. A spokesperson for the police department confirmed there had been a fatality, and said the two other victims are in critical but stable condition.

The spokesperson said police got the call at 2:30 p.m. Officers found one man in his 50’s dead from a gunshot wound. There were two other individuals, a male in a female, who were also shot.

“We believe the three individuals in the park exchanged gunfire with someone in a white SUV on the street,” the spokesperson said.

He said officers think the parties know each other and detectives are currently working to identify the person driving the white SUV.