Ryan Gravel, the brains behind the Beltline, will receive Judy Turner prize

Ryan Gravel, the brains behind the Beltline, will receive Judy Turner prize 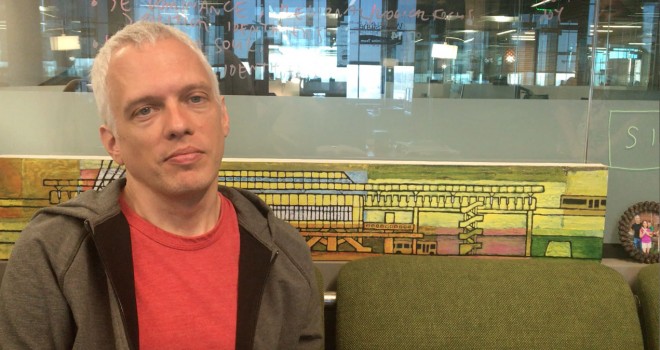 The Decatur Book Festival’s first-ever Judy Turner Prize will be awarded to Ryan Gravel, the man who came up with the idea for the Atlanta BeltLine.

Gravel, a Georgia Tech student in 1999, wrote his master’s thesis about the idea of a Beltline in Atlanta. Today the Beltline, a 22-mile trail connecting parks around the city, is spurring development around in-town Atlanta. To read a recent profile of Gravel published on Atlanta Loop, click here.

The Judy Turner Prize is awarded in honor of former Private Bank of Decatur president Judy Turner, who retired this year. Private Bank contributed $10,000 in seed money to establish the prize.

According to a press release, Gravel will receive the prize on Sept. 4 at the Marriott Conference Center during the Decatur Book Festival where he will be discussing his book, “Where We Want to Live: Reclaiming Infrastructure for a New Generation of Cities.”

The only criteria for the prize is that the focus of the book “must be on community and published in the current year.” The winner was chosen by the Book Festival programming team.

“I can think of no better choice for the inaugural winner of the Judy Turner Prize than Ryan Gravel,” DBF Founding Executive Director Daren Wang said in a press release. “Judy has dedicated her career and volunteerism to the communities in which she has lived and worked and the BeltLine is helping to redefine community in Atlanta, bringing a vibrancy to the urban core. That would not be possible without Ryan’s vision.”

Gravel’s stature has grown along with the Beltline’s.

“The Atlanta BeltLine is truly a story about community — it’s about people pulling together and working hard to improve the physical, economic and cultural conditions of this region,” Gravel said in the press release,  “so it’s really special to receive this prize in honor of a fellow change-maker like Judy Turner, whose commitment to Decatur has been a powerful catalyst that is improving the life of our communities.”