Citizen board pushes back against development near Kirkwood, East Lake border

Citizen board pushes back against development near Kirkwood, East Lake border 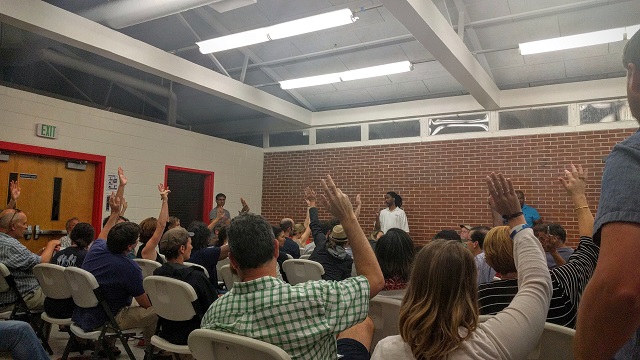 NPU-O voted against supporting zoning for a multifamily development in East Lake. Photo by Dan Whisenhunt

A citizens advisory board pushed back against a multi-family development that would put 32 new homes in East Lake.

The site is currently zoned for 18 homes and has one house and one church on the property. The developer, Thrive Homes, brought its plans before Neighborhood Planning Unit – O, a citizen input board that weighs in on zoning and planning matters being considered by the city of Atlanta. On Sept. 27, NPU voted 11 to 30 against supporting Thrive’s rezoning request for the property.

The vote occurred in a packed room at the Bessie Branham Recreation Center. The decision came after months of meetings with neighborhood groups that began in April. The neighborhoods of East Lake and Kirkwood created a joint task force to negotiate with Thrive and the proposal had been deferred from a previous NPU meeting.

The plan has been reduced from the original proposal. The developer initially sought 46 multi-family homes according to a resident familiar with the negotiations. Despite all of the meetings and haggling, there was a struggle to build consensus when it came time for NPU to actually vote on Tuesday.

Laurel David, an attorney for the developer, said Thrive is considering its next steps following the outcome of Tuesday’s NPU – O vote.

“We’re disappointed in the vote,” David said. “It was supported by the East Lake neighborhood, but I think there were a lot of people from outside the neighborhood who came here tonight.”

More: This map shows the location of the development and the zoning proposed. 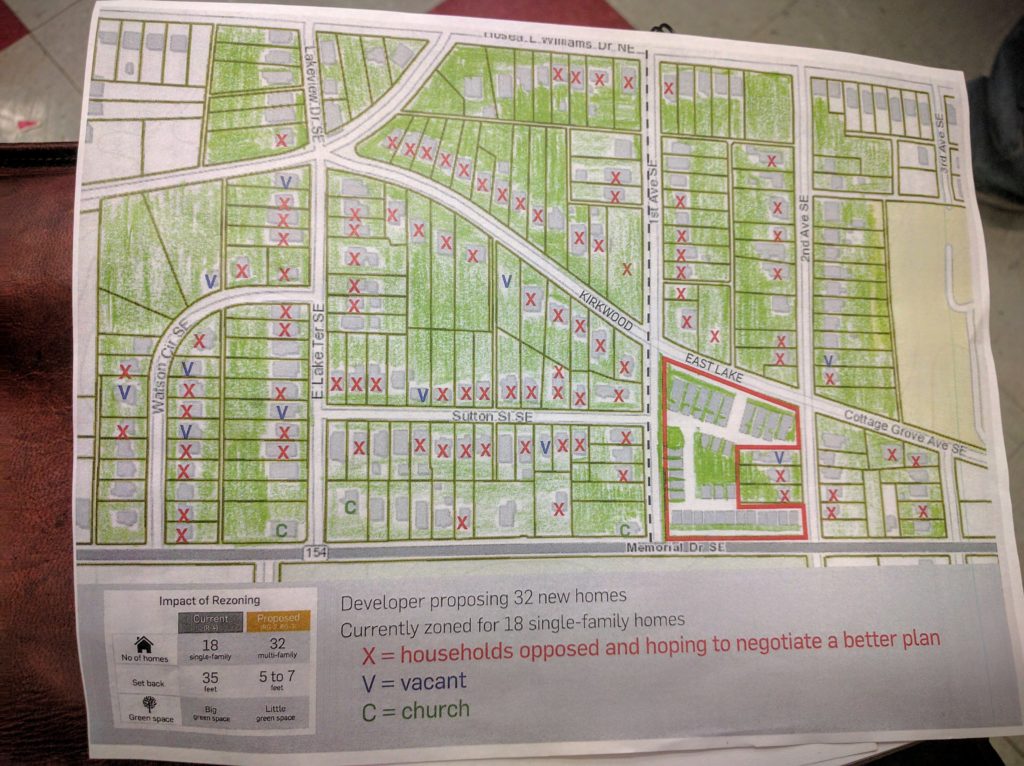