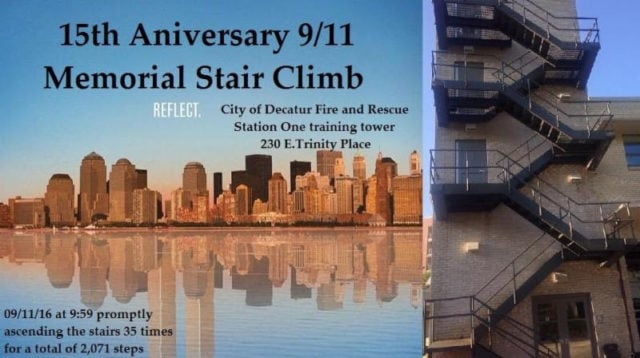 The Decatur Fire Department is planning a 9/11 observance that’s a little more physical than some of the other ceremonies being planned in the Decatur area.

On Sept. 11, at 9:59 a.m., Decatur firefighters will ascend the stairs at station No. 1 training tower at 230 East Trinity Place 35 times, for a total of 2,071 steps, a salute to the first responders who entered the World Trade Center buildings in the aftermath of the terrorist attacks on Sept. 11, 2001.

Retired Decatur High teacher Chris Billingsley, who was involved in organizing the 9/11 observance at Decatur High, said, “The public is invited to go up the training stairs at the downtown station [35] times to recreate what some firefighters did at the Twin Towers. Apparently the firefighters will be in full gear as they time each other for the best effort.”

According to the flyer Billingsley provided, “Firefighters will hold the hand of any child who would like to participate for one trip up the tower stairs.”

Here is the flyer, provided by Billingsley: 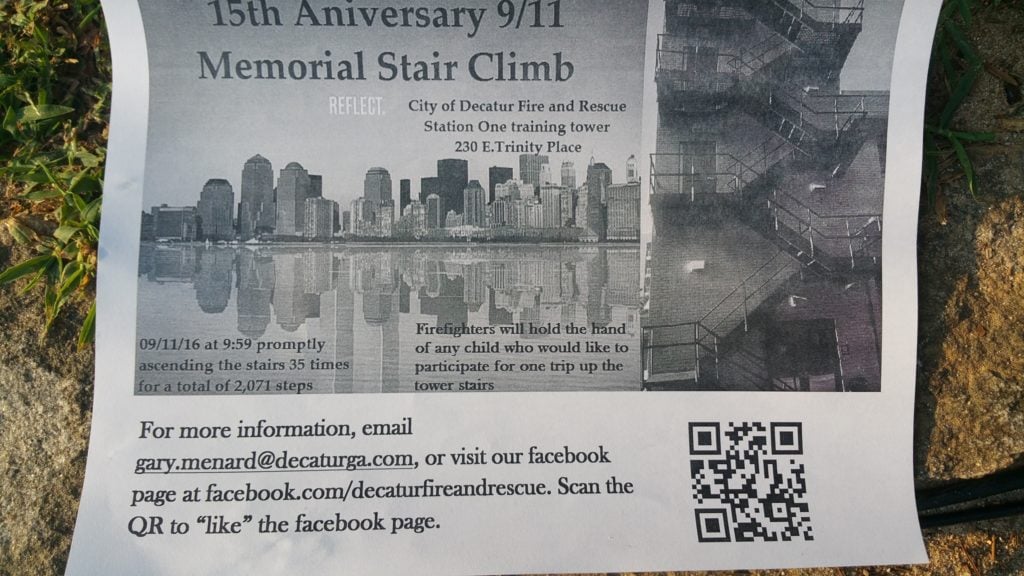