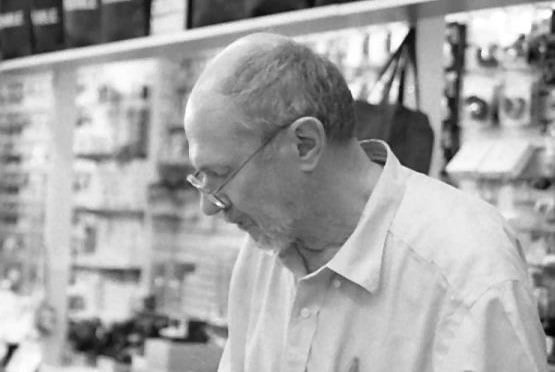 “I’m getting to be an ooooold man,” he told Decaturish. “I’ve been doing this for 46 years and I think that’s long enough.”

At the end of September, the lease for the Decatur Camera Doctor store on North Decatur Road he’s operated for more than 25 years will expire and Schwab, 69, plans to try retirement – again.

Schwab is originally from Philadelphia and moved to the Atlanta area in 1986 when he bought another camera chain and renamed it Jack’s.

The Decatur Camera Doctor was originally a Jack’s Cameras, one of 150 stores he owned nationwide. He kept the Decatur store when he sold the rest of the business in 1996. He called it “the best store in the whole company.”

“It’s close to my house,” Schwab said. “My house is three blocks away.”

In 2000, he renamed it “The Camera Doctor” because he said that’s who people were there to see.

He added, “I have more cameras than there are people in Atlanta, so I have a problem.”

His employee John Murray said the transition from film to digital has left places like the Camera Doctor in the dust. He said the company currently has machines worth thousands of dollars that can’t be used because no one makes the replacement parts for them anymore.

“The film camera business has become a thing of the past,” Murray said. “It’s one of the last places you could come in and get your film developed.”

Schwab said he plans to direct his energies to his nonprofit, Help2O, which promotes access to drinkable water. The nonprofit is currently working with Water is Life in support of the “Drinkable Book.” The book is provides instructions on how to sanitize water for consumption. Each page is also a water filter.

Even though he’ll be retired from the camera business, staying still isn’t really Schwab’s style.

“I’ll always be doing something,” he said.

To advertise with Decaturish, click here or email [email protected]h.com