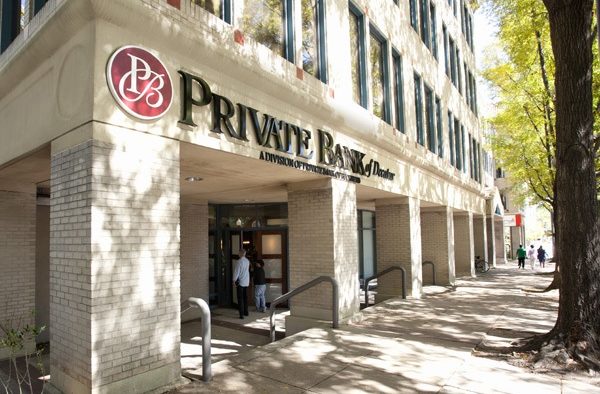 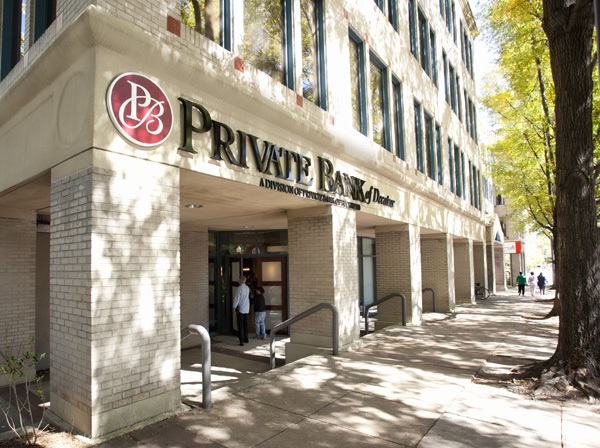 Private Bank of Buckhead was formed 10 years ago. Private Bank of Decatur opened in 2012 at One Decatur Town Center. It was led by Judy Turner, the former president of Decatur First Bank, who recently retired.

“The transaction is expected to result in a combined institution with approximately $2 billion in assets,” the press release says.

Here is the full press release, which includes additional details about the merger:

BIRMINGHAM, AL and ATLANTA, GA (August 31, 2016) – National Commerce Corporation (Nasdaq: NCOM) (“NCC”), the parent company of National Bank of Commerce (“NBC”), headquartered in Birmingham, Alabama, and Private Bancshares, Inc. (“Private Bancshares”), the parent company of Private Bank of Buckhead (“PBB”), headquartered in Atlanta, Georgia, today jointly announced the signing of a definitive agreement providing for the merger of Private Bancshares with and into NCC.  Simultaneously with the holding company merger, PBB will merge with and into NBC, but will continue to operate under its current trade names (Private Bank of Buckhead, Private Bank of Decatur and PrivatePlus Mortgage) and existing management team.  The transaction is expected to result in a combined institution with approximately $2.0 billion in assets.

John H. Holcomb, III, Chairman and Chief Executive Officer of NCC, commented on the announcement, saying, “We are excited about the opportunity to partner with the team at Private Bank of Buckhead.  Having known Charlie Crawford for more than 16 years, we are pleased to reach this agreement.  PBB’s model of hiring experienced bankers who bring value to their customers through high-touch service fits very well with ours.  PBB’s clients, like ours, appreciate the benefits of working closely with talented bankers who understand their markets and have the authority to make decisions.  The merger with Private Bancshares is an important component of our strategic plan to build a meaningful community banking franchise in areas that we know well.”

Charles B. (Charlie) Crawford, Jr., Chairman, President and Chief Executive Officer of Private Bancshares, also commented on the announcement, saying, “Our affiliation with NCC will allow us to continue being the bank of choice for the communities we serve.  We share with NCC and NBC a commitment to community banking and exceptional customer service and are honored and excited to continue building an enduring community banking enterprise.  This is the right next step for us and the people we serve, and we believe this is an optimal way to approach our 10th anniversary in December 2016 in a position of strength, stability and customer focus.”

Richard Murray, IV, President and Chief Operating Officer of NCC, also commented on the strategic fit of the merger with NCC’s current Atlanta loan production office operation, stating that “Mike Holcomb and the rest of our Atlanta team are excited about this opportunity to partner with Private Bancshares, as it will give them additional strength and momentum in the market.”