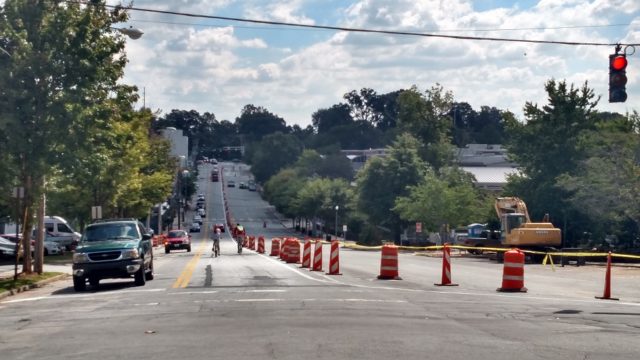 North McDonough Street. Photo provided by the city of Decatur

As the city begins work on a streetscape project on North McDonough, one of the proposed changes is already in effect.

The project will reduce North McDonough Street to two lanes. The city has put up road barrels to implement the changes.

The streetscape project is occurring in conjunction with improvements to railroad crossings at the intersections of College and Howard avenues with Candler and McDonough streets.

The projects have a budget of about $5.5 million, about two-thirds of it coming from federal grants. It’s expected to take 12 to 18 months.