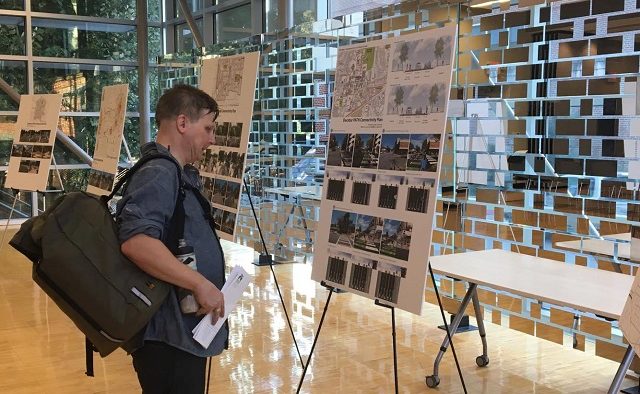 Decatur Recreation Center hosted a group of local bicyclists for a presentation and workshop about future bike paths and path connectivity. Photo by Gabriel Owens
Share 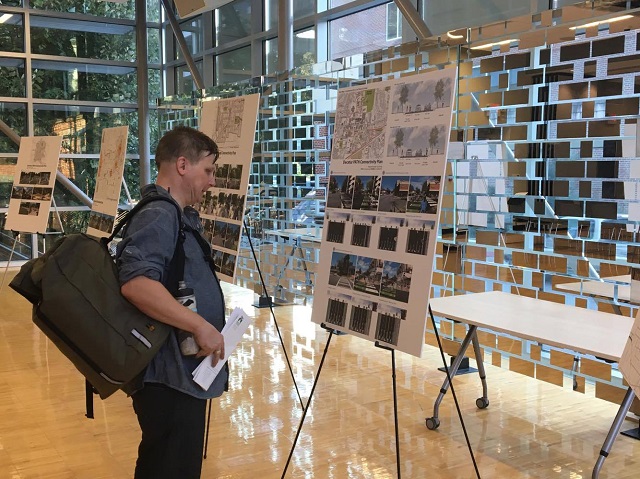 The Decatur Recreation Center hosted a group of local bicyclists for a presentation and workshop about future bike paths and path connectivity. Photo by Gabriel Owens

Local cyclists weighed in during a public meeting at the Decatur Recreation Center about proposed bike paths throughout Decatur and to the Atlanta Beltline.

The Oct. 19 meeting offered a preview of the Bicycle and Pedestrian Connectivity Master Plan that’s being developed by the PATH Foundation.

The proposed trails would also connect to the existing Stone Mountain PATH trail through the city, as well as having connections to the Freedom Park Trail. It would create a trail directly to the Beltline.

PATH has created several trails around the country and many here in Georgia, including ones in LaGrange, Carrollton, and the trails around the Olympic Park. McBrayer said he is particularly proud of the Beltline trail.

“Beltline has had a large business boom, and I feel that is a direct result of the trail,” he said.

But one of McBrayer’s biggest pushes was for “greenspace” paths, which avoid main thoroughfares and concentrate on riding through nature areas and away from main roads. He said these paths create regional connectivity and encourage social interaction and exercise.

Not all the attendees were as enthused by this idea.

“I’m a road cyclist, and I think a lot of this is creating longer distances that we don’t need,” said Robert Rands, a Decatur cyclist. “Some of these are a good ideas, but there’s little consideration given to ‘vehicular cycling.’”

McBrayer disagreed. According to his organization’s research, only 1 percent of cyclists were happy commuting on vehicle roads. Sixty-six percent did it with caution and trepidation, and 33 percent refused to even bike on the roadways.

During the Q and A, many of the cyclists asked about additional trails in other Decatur neighborhoods that weren’t in the presentation.  McBrayer said PATH is considering all options and that roll out would be gradual, not dismissing any neighborhoods other than one. “Clairemont told us no, absolutely no.”

Following the presentation and Q and A, the PATH Foundation held a workshop with the cyclists for an hour. They went over the proposed trail maps and listened to cyclists’ concerns and suggestions. PATH intends to create a draft document of the master plan and present it for review and comment on Oct. 26.