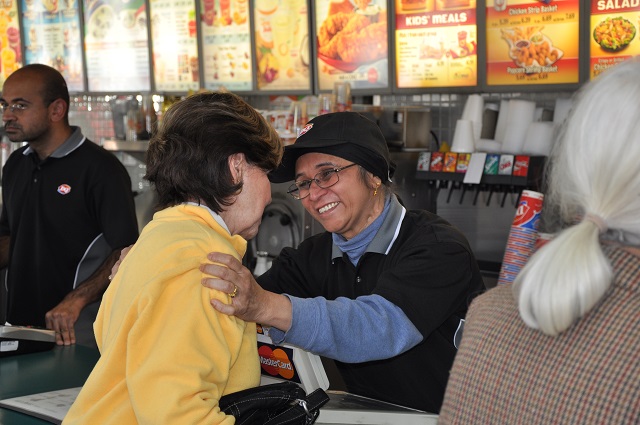 The family that owns Decatur’s beloved Dairy Queen says it could be making its long-awaited return very soon.

The restaurant is slated to reopen in the Arlo apartment development on East Trinity Place, the construction of which forced the closure of the old store in 2014. But the actual open date, like the opening of the development itself, has been a moving target.

But it appears that the restaurant will open in November.

Nisar Momin told Decaturish via email, “We had some ups and downs with landlord and the contractor. But we are planning to open DQ during first week of November. The store is almost ready. Just waiting for logo sign to arrive and some last minute equipment.”

The Decatur Dairy Queen building, which was razed so Arlo could be built, is a local institution that had been in business for 30 years. Many locals feared the restaurant would not return, but the city, the developer and the Momins worked to make sure the store would be a part of Arlo.