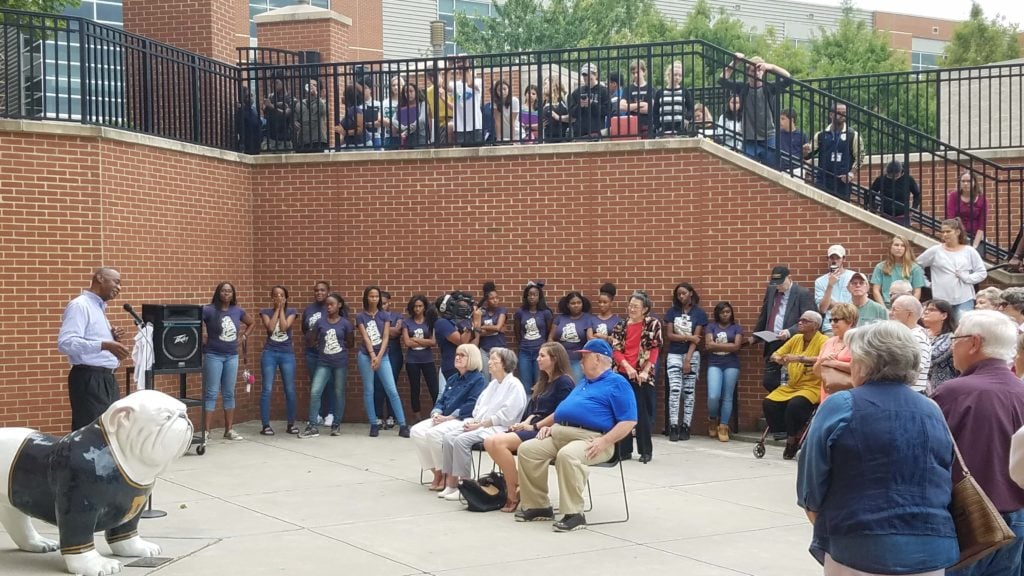 On Friday, Oct. 7, friends and family of former Decatur coach and teacher Eddie Fowlkes gathered to dedicate the bulldog statue in the stadium.

“Everything we have, we have because of him,” she said.

“When a coach leaves, the history of that team leaves,” Anne Fowlkes said.” Nobody knows what that team did, there’s no records. He found records of those teams.”

Eddie spent countless hours flipping through ancient yearbooks and rediscovering forgotten  scorebooks, uniforms and memorabilia. He fixed broken trophies and stored trophy cases in his basement while the school was under construction.

“He glued little feet back on [trophies] and created little basketballs to go with the basketball players,” Anne said.

To read the full story on 3TEN, click here.