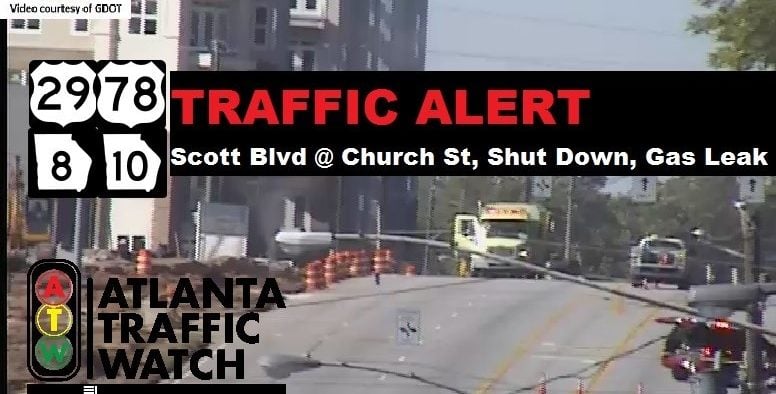 UPDATE: As of 3:11 p.m., WSB radio reports that the incident is clearing and “most lanes are open,” but warned of possible delays around that area.

From our previous story …

A gas leak has shut down Scott Boulevard at Church Street in Decatur.

Stephen Fore, a spokesperson for the DeKalb County Police Department, said at 10:30 a.m. the estimated repair time for the lead was four to five hours.