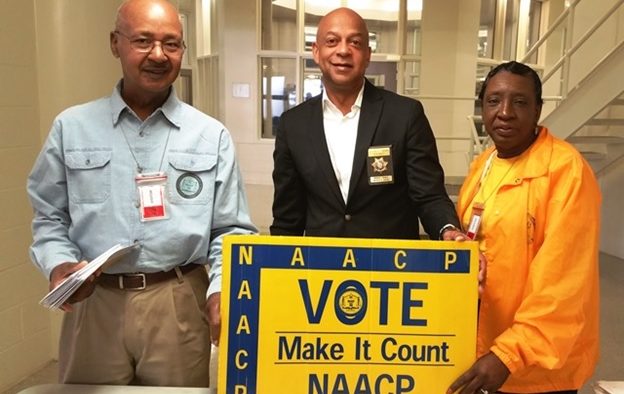 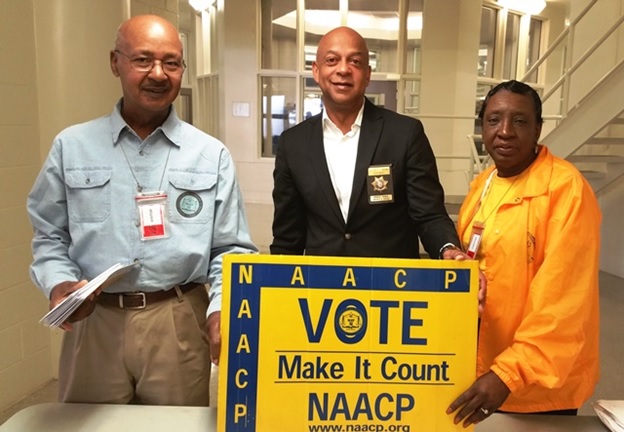 Sheriff Jeffrey Mann hosted a team of volunteers from the DeKalb NAACP as part of its registration drive, known as “Voices Beyond Bars.”

According to the sheriff, 134 eligible inmates on Oct. 10 registered to vote. The voter registration deadline for the Nov. 8 election is today, Oct. 11.

“We are pleased to work with the NAACP to make voter registration available to individuals who are incarcerated,” Mann said in a press release. “Some of the current inmates may be released in time to vote in the November General Election, but they must be registered to do so. As well, many inmates have never registered.  Every citizen should be able to execute their right to vote, and we are glad to help make that possible.”

According to the Georgia Secretary of State’s Office, people who register to vote must not be, “serving a sentence for conviction of a felony involving moral turpitude.”