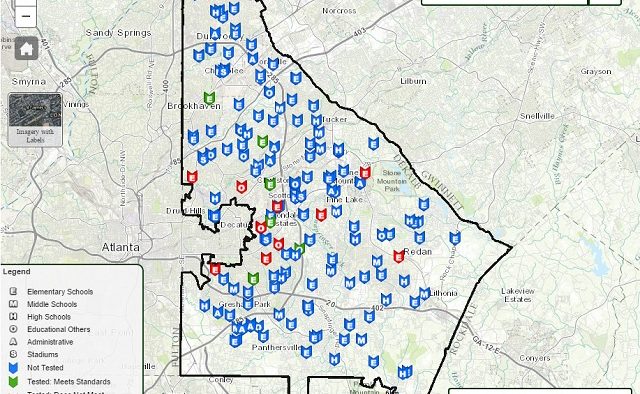 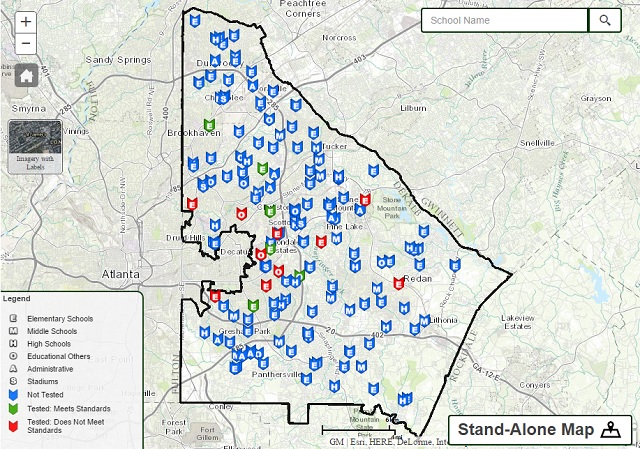 “Of the 20 drinking water sources tested, one source is at or above EPA’s action level of 15 parts per billion,” a press release from DeKalb County Schools says. “The source is a sink in the cafeteria. The source was immediately removed from service and remediation begun. Following remediation, the source will be re-tested before returning to service.”

The other schools found to have lead contamination are:

– The Museum School of Avondale Estates

DeKalb County is testing all 150 of its schools and facilities.

“Recent events have brought national attention to water quality issues,” a letter from the county announcing the testing said. “Please understand that we have absolutely no evidence of water quality issues in any school or building. Still, we want students, staff, and the community to know our water is safe for consumption.”

Recent tests by Atlanta Public Schools found elevated lead levels in drinking water in half of the schools tested, according to the Atlanta Journal Constitution. According to the Environmental Protection Agency, even low levels of lead in drinking water can cause a number of health issues for children, including a lower IQ and behavioral problems. Homes built before 1986 are more likely to have lead pipes and other building materials containing lead.