The cold, dry air has prompted warnings from the National Weather Service about freezing and smoky conditions throughout north Georgia.

There’s a freeze warning in effect for Nov. 19 for multiple north Georgia counties including DeKalb and Fulton, the National Weather Service says.

“Strong northwest winds behind a cold front on Saturday will usher in a much colder air-mass tonight and plummet temperatures down at or below freezing for much of north and parts of central Georgia Saturday night,” the advisory says. “The winds will remain too strong tonight to allow widespread frost to develop.”

Lows between 24 and 32 degrees are expected.

At the same time, the dry conditions are putting the area at increased risk for fires.

“Winds will become northwest at 15 to 25 mph with higher gusts today creating dangerous fire conditions,” the advisory says. “This will push the smoke across north Georgia southward with impacts expected in the Atlanta, Athens, and Gainesville areas. Areas further south around Macon and Milledgeville could also be impacted.”

There’s also a wind advisory in effect until midnight.

“Strong northwest winds will develop behind a departing cold front by early today and persist through this evening. Winds speeds of 15 to 25 mph with higher gusts can be expected,” the advisory says. “Therefore, a Wind Advisory has been posted for North and Central Georgia.” 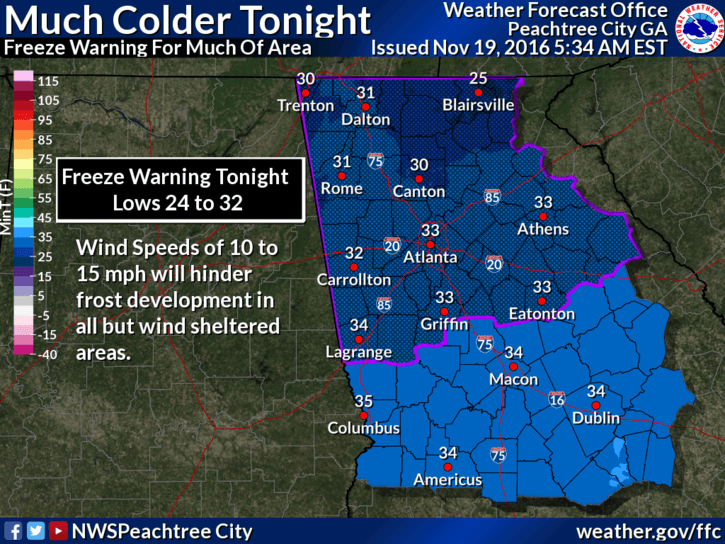 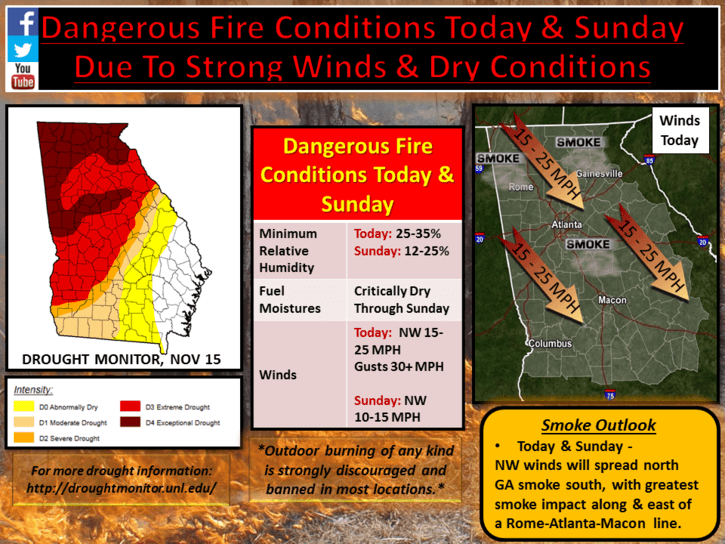 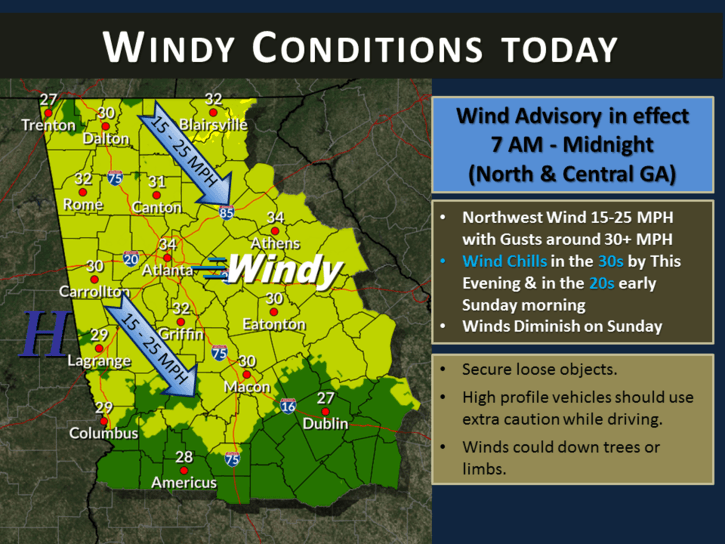