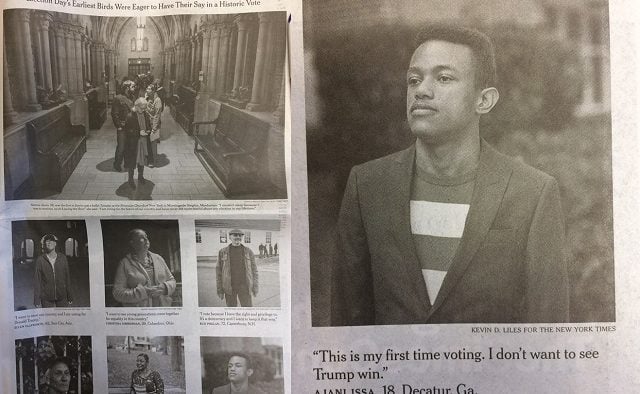 A local mom, Kai Jackson Issa, wanted to brag on her son a little bit and passed along news that her son’s picture recently appeared in the New York Times.

“My name is Kai Jackson Issa and my son Ajani Issa is a senior at Decatur High School,” she wrote. “We are thrilled that he was recently among ‘early bird’ voters nationwide featured in a November 9 New York Times photo essay.”

Issa passed along these photos of the article and a picture of her son. 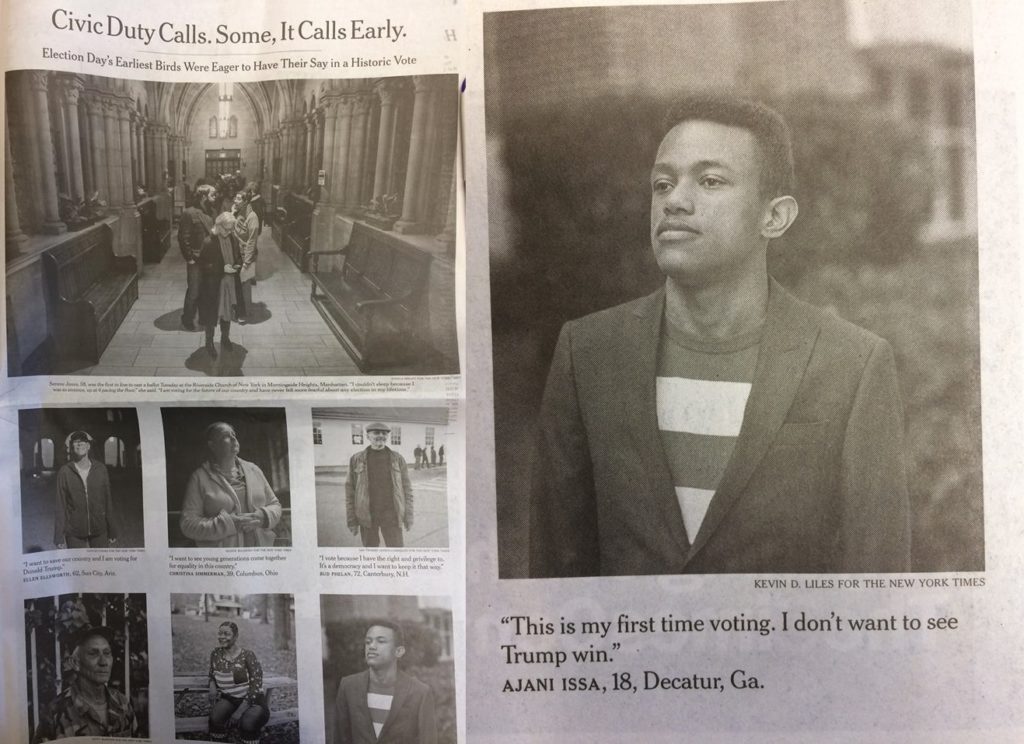