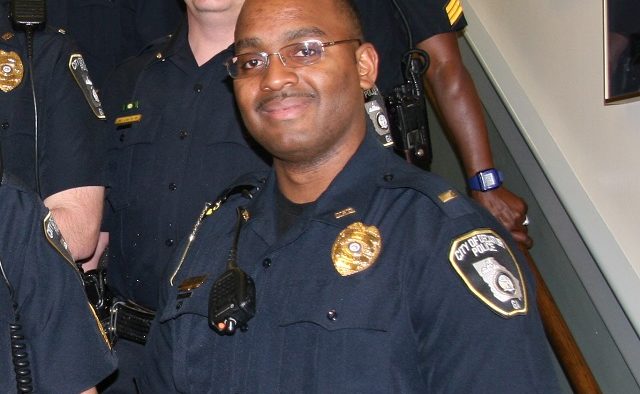 Eric Jackson. Photo provided by the city of Decatur
Share

The city of Decatur has decided to reinstate to police officers who lost their jobs over a matter of $7 found in a police car.

City Manager Peggy Merriss said Lt. Eric Jackson and Officer Joshua Speed will be reinstated but demoted due to the conduct that led to their departure from the department. Jackson told Decaturish he resigned because he was going to be terminated otherwise. Speed said he was terminated. Both men appealed and the city held a grievance hearings.

Both men gave the same version of events. On Oct. 11, Speed was conducting an inspection on a police car in search of a missing microphone. In the process he found $7 under the driver’s seat. Speed said his initial reaction was, “Oh, cool money.” Without really thinking it through, he gave $2 to Jackson and kept the remaining $5. Another officer suggested filing a report, but Speed decided to locate the officer who owned the money personally because he said doing the paperwork on it would be an administrative headache.

Speed said he didn’t consider the implications of giving Jackson the $2 because officers give each other small amounts of money routinely for buying coffee, lunch and other small expenses.

Jackson, whose wife is pregnant with their first child, said he didn’t really think about the implications of taking the $2 either, saying he had, “too much other crap on my mind.” He acknowledged that taking the $2 was improper.

Speed had been an officer for nearly eight years and had never had any problems.

Here are the personnel decisions released by City Manager Merriss:

This is a developing story. Keep checking Decaturish.com for updates.