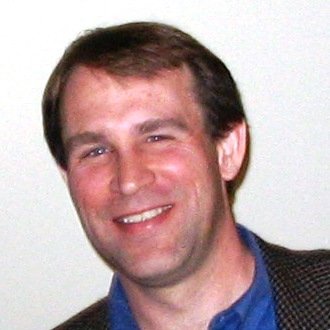 A Decatur resident and greenspace advocate has been tapped to lead the state chapter of the Trust for Public Land.

George Dusenbury, IV has been named the Georgia State Director for the nonprofit.

“A well-known conservation advocate and leader, Dusenbury will focus his efforts on improving park access in Atlanta, expanding conservation efforts around the Chattahoochee River, and working in partnership with public and private leaders throughout the state to protect land for people to use,” a press release from the Trust for Public Land says.

Dusenbury previously served as the commissioner of the Atlanta Parks and Recreation Department from 2010 to 2014, and before that was Executive Director of Park Pride. He has also served as legislative director and district director for U.S. Rep. John Lewis.

“We need more parks and open space for people to enjoy, in Atlanta and throughout the State of Georgia,” Dusenbury said in the press release. “I am incredibly excited to work with The Trust for Public Land’s Georgia Advisory Board and our many partners throughout the state to build on past successes and identify new opportunities to create healthier and more livable communities.”

“The Trust for Public Land is currently finalizing design for a proposed 16-acre site in the Vine City neighborhood, in partnership with the Atlanta Department of Watershed Management and the Department of Parks and Recreation,” the press release says. “Once completed, the park will increase access to recreational opportunities in the long-overlooked area and provide essential “green infrastructure” that will increase the region’s resilience to major storms, by capturing rainwater instead of funneling it into streets and down storm drains.”

He will also focus on protection of land around the Chattahoochee River. Since the 1990’s the Trust for Public land has helped to purchase and preserve 18,000 acres along 77 miles of the river.

“Its most recent acquisition completes an 8-mile contiguous stretch in the Northern suburbs of Atlanta,” the press release says. “Together with many partners involved in the Chattahoochee River Land Protection Campaign, Dusenbury will explore park and trail development opportunities along the river.”

Dusenbury succeeds Curt Soper, who left for a job as Executive Director of the Chelan-Douglas Land Trust in the Pacific Northwest.