Crime statistics released by the city of Decatur Police Department show that crime from January to October has decreased by 23 percent in 2016.

The drop in the number of crimes is primarily due to a decrease in property crimes. Violent crimes are up, however. 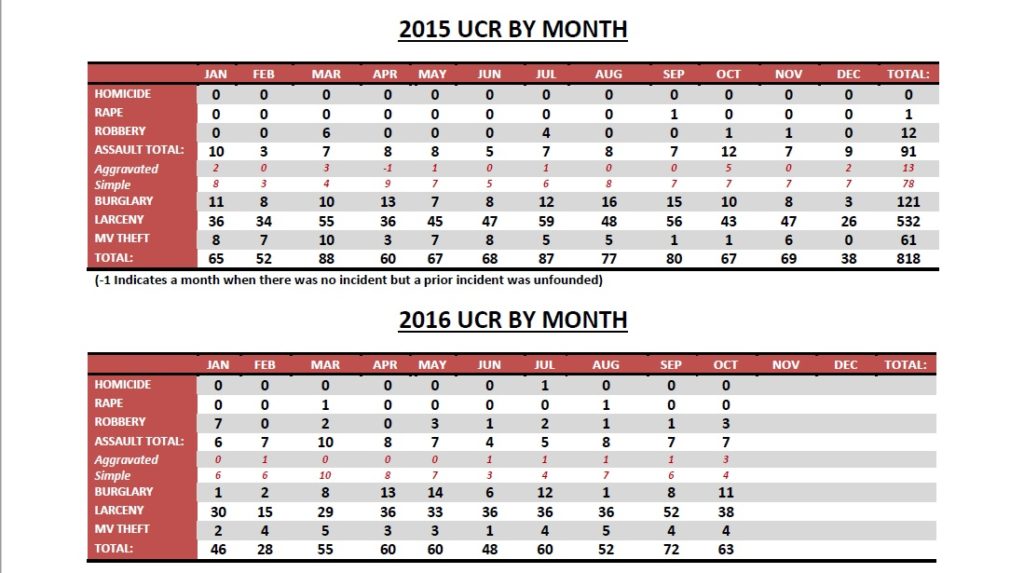 Violent crime increased. There was one homicide in 2016, compared with zero homicides in 2015. There were two reports of a rape so far this year, as many as were reported during all of 2015. During the January through October time period there was an 81 percent increase in robberies over last year, with 20 robberies reported as of Oct. 31 of this year. Assaults were down slightly, decreasing 8 percent compared with the same period last year.