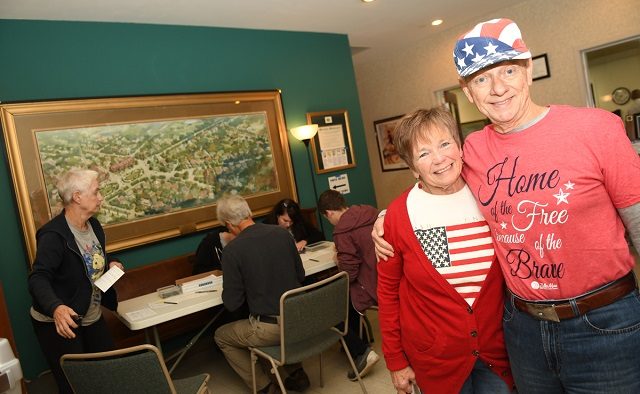 Mary Ann Anziano and her husband, Joe Anziano, are all decked out in the red, white and blue at Avondale CIty Hall on November 8, 2016. Mary Ann says, "I am proud to see this. Whatever happens, our country will be fine because we are a great nation."
Share

Readers are writing in to talk about their Election Day experiences and a Decaturish photographer is visiting polling places today. 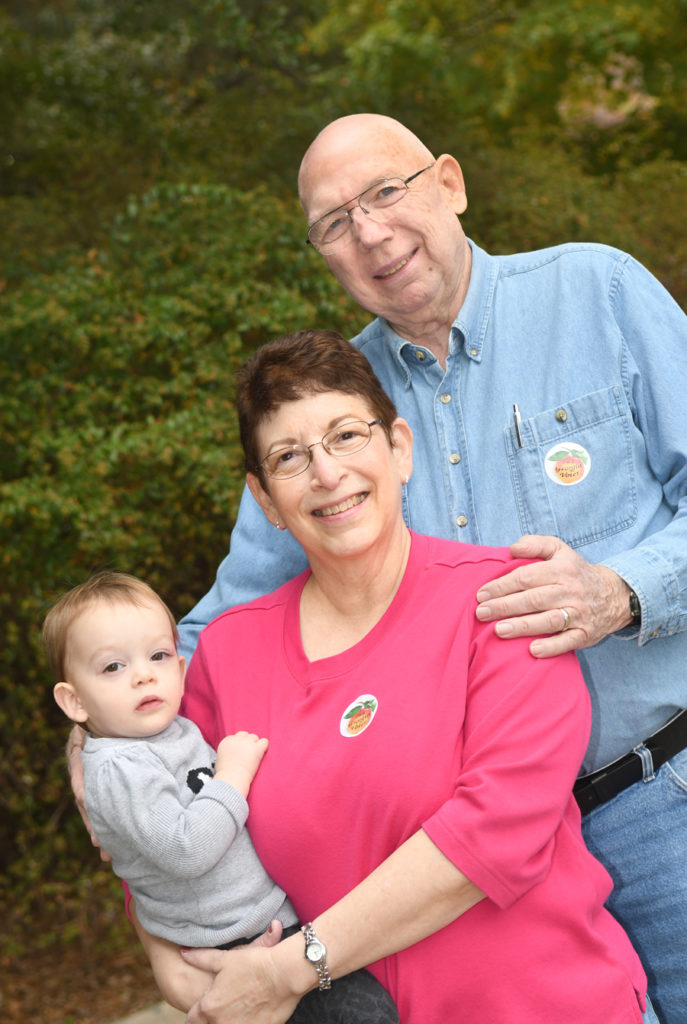 Diane Pomberg and her husband, John Pomberg, brought their granddaughter, Minka Pomberg, 18 months, to vote at the Avondale Estates City Hall on November 8, 2016. Both grandparents voted for Secretary Clinton. Diane Pomberg said, “The lines moved quickly. Everyone was organized and patient.” Both grandparents personally met Secretary Clinton.. They said that she is very sincere in her beliefs and is a strong woman. 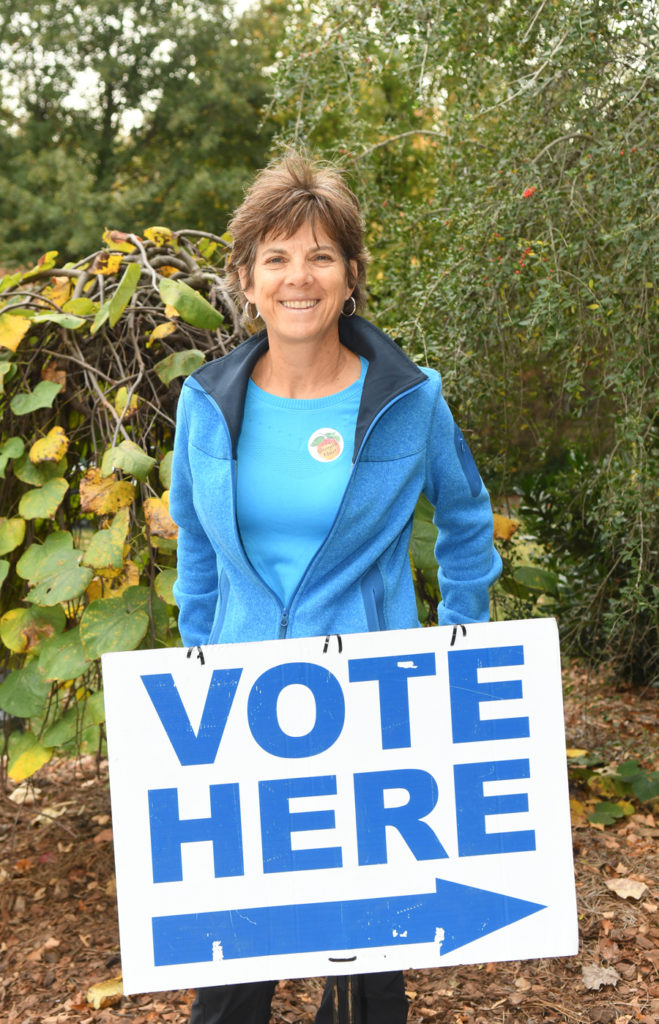 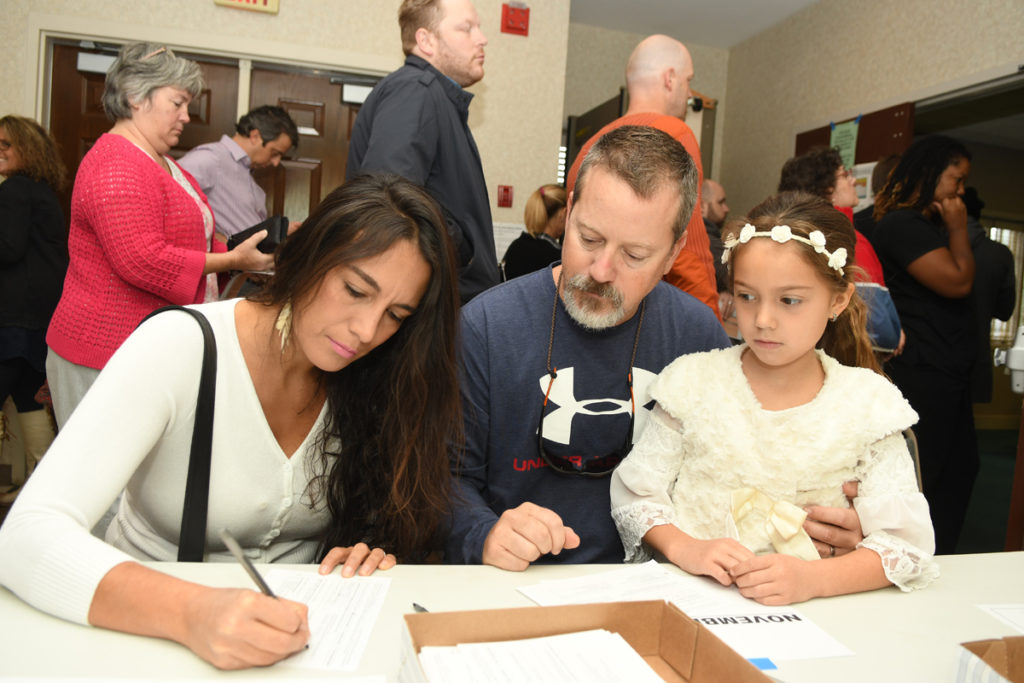 (left to right) Rina Kesler, with her husband, Eddie Kesler and daughter Marina Kesler, fill out paperwork at the Avondale Estates City Hall on November 8, 2016. Rina Kesler just became a citizen of the United States. She says, “I am very excited, very proud and thankful.” 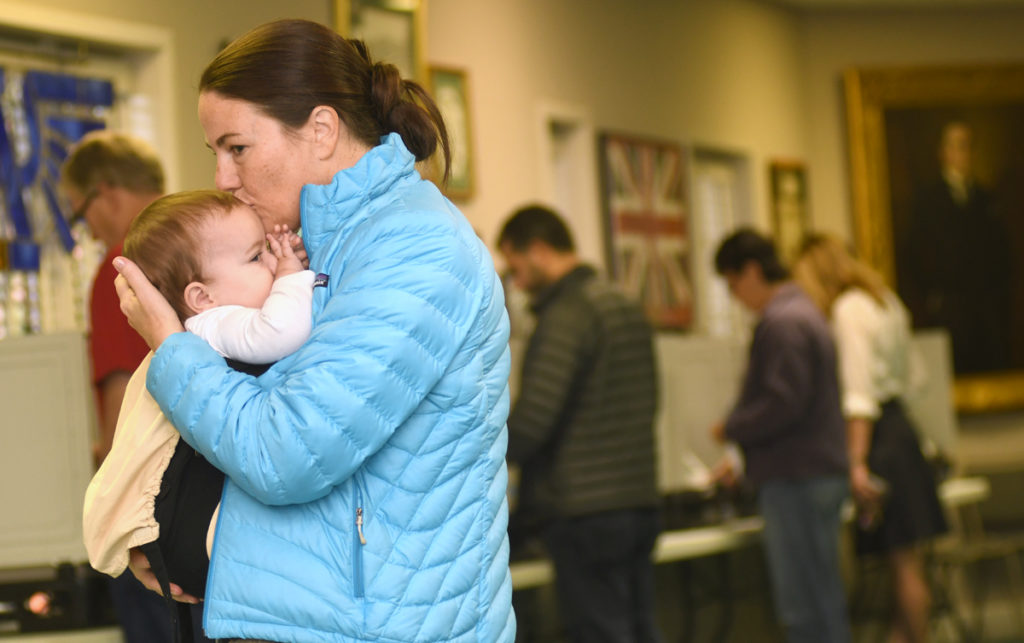 Kimberly Iskandrian and her baby, Roan, 8 months, stand in line at the Avondale Estates City Hall on November 8, 2016. Kimberly says, “We just moved to Avondale. To me, the lines are good.” 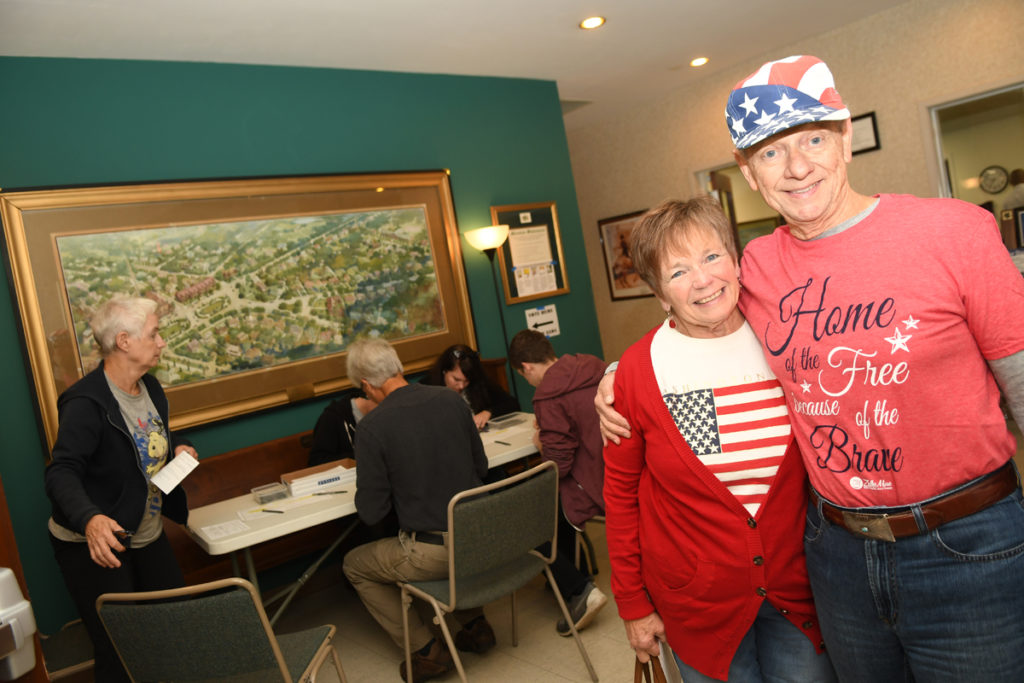 Mary Ann Anziano and her husband, Joe Anziano, are all decked out in the red, white and blue at Avondale City Hall on November 8, 2016. Mary Ann says, “I am proud to see this. Whatever happens, our country will be fine because we are a great nation.” 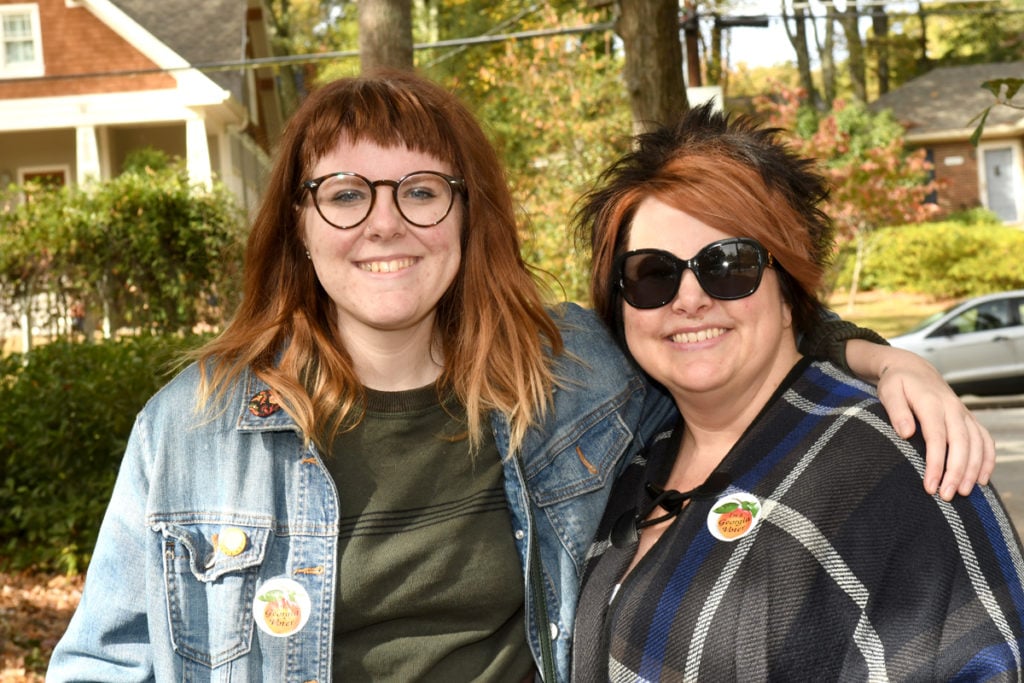 (left to right) Paige Gagnon, 20, and her mom, Keshley Phillips, voted at Winnona Park Elementary School on November 8, 2016. Both mom and daughter voted for Secretary Clinton. Keshley says, “I do believe in Clinton’s views on women’s rights. I am pro-choice. She has more political experience.” Paige says, “Human rights is my main focus.” 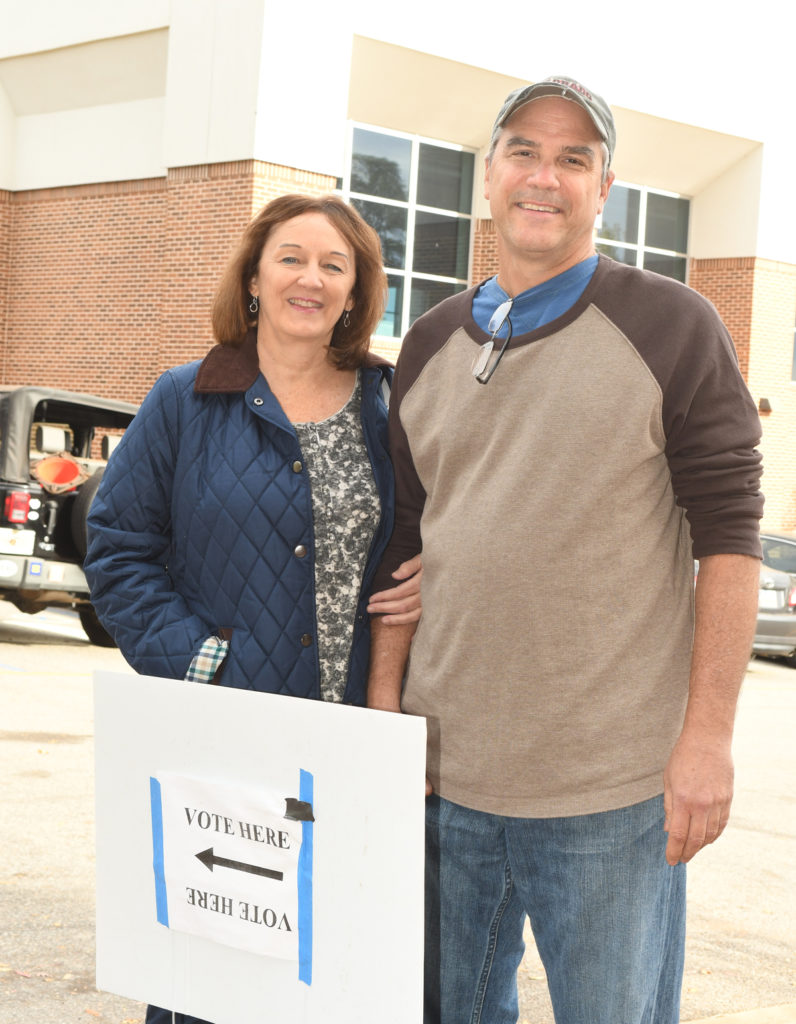 Judy and Darren Riley vote at Renfroe Middle School on November 8, 2016. Both are voting for Donald Trump. Judy says, “I am a Republican. My policies are in line with him. I am not for big government.” 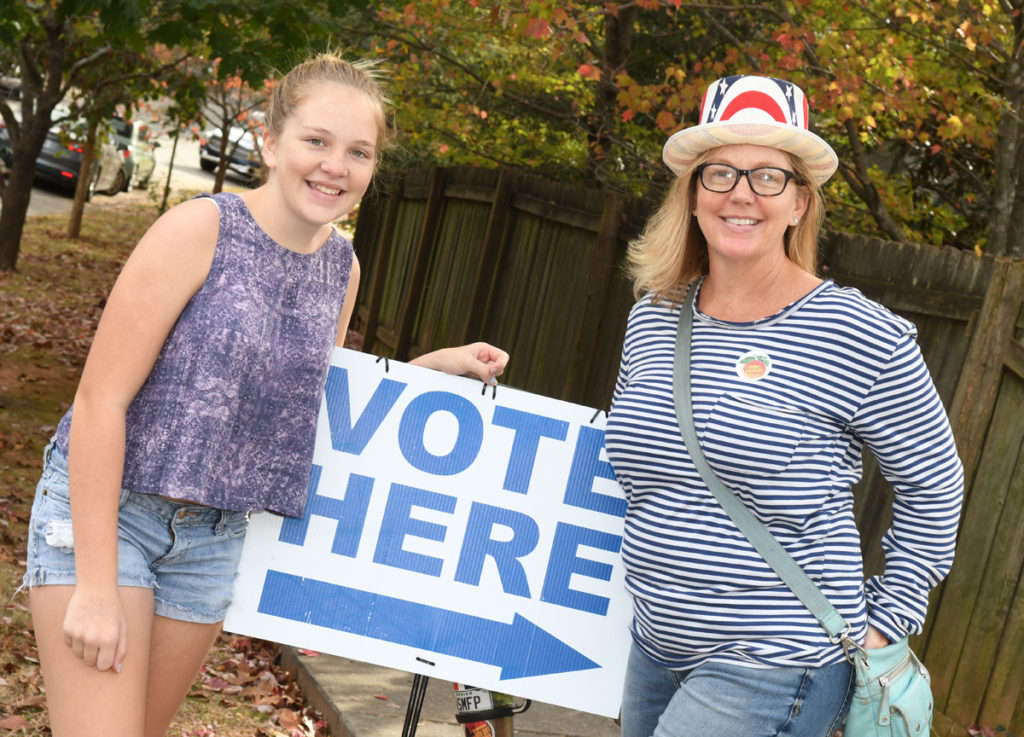 Avery Myers, 13, and her mom, Jill Myers, are at the Oakhurst Baptist Church on November 8, 2016. Jill says, “Hillary all the way. No question.” 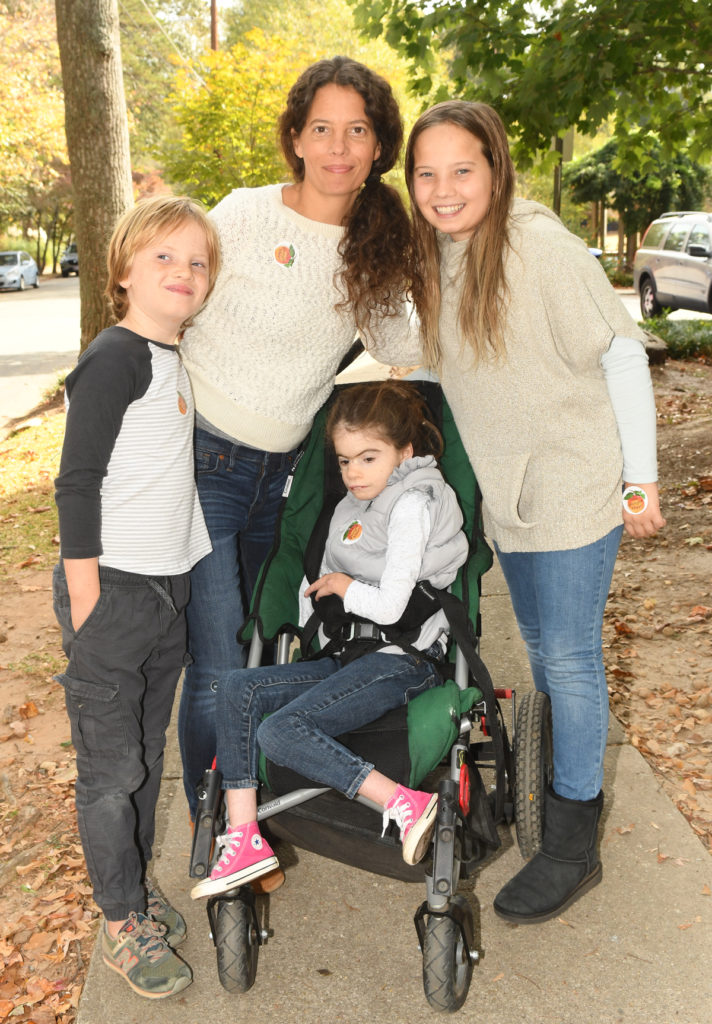 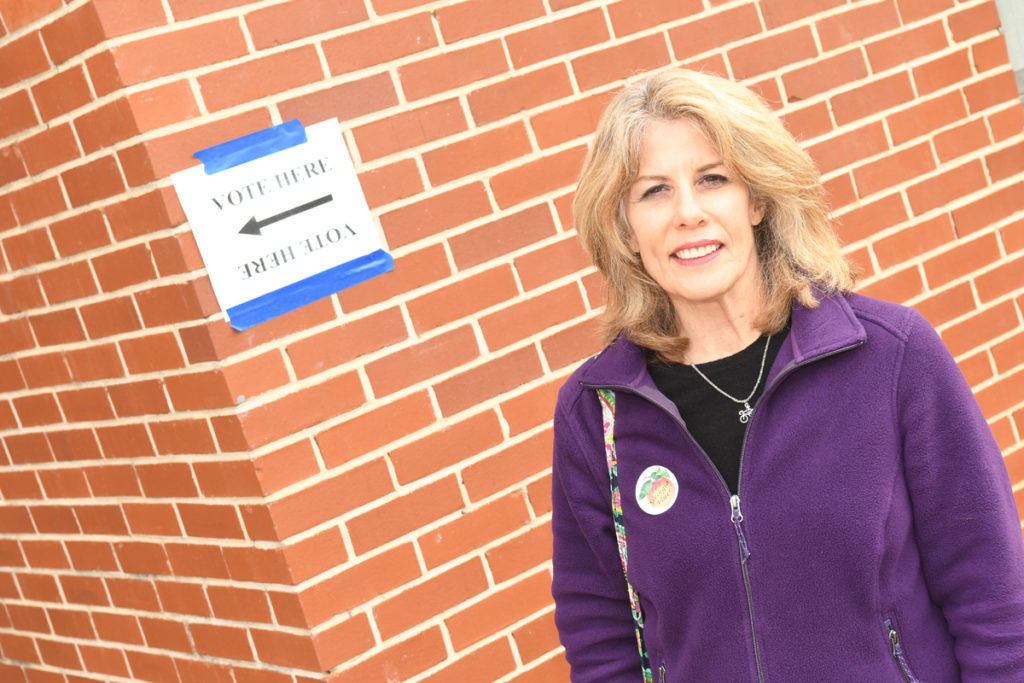 Theresa Gillespie voted at the The Church at Decatur Heights on November 8, 2016. Theresa says, “I voted for Secretary Clinton. It was a hard decision. I don’t like either but there was no way I was voting for Donald Trump. We all need to vote.”

“I’m voting Trump. Not real happy about it but I’m a ‘Never Hillary’ guy,” he said. “Funny how things have changed for me since 1972. You could say I either lost my heart or found my brain (old joke). Like many Americans, I’m glad the election is finally here and maybe we can get on with getting along.” 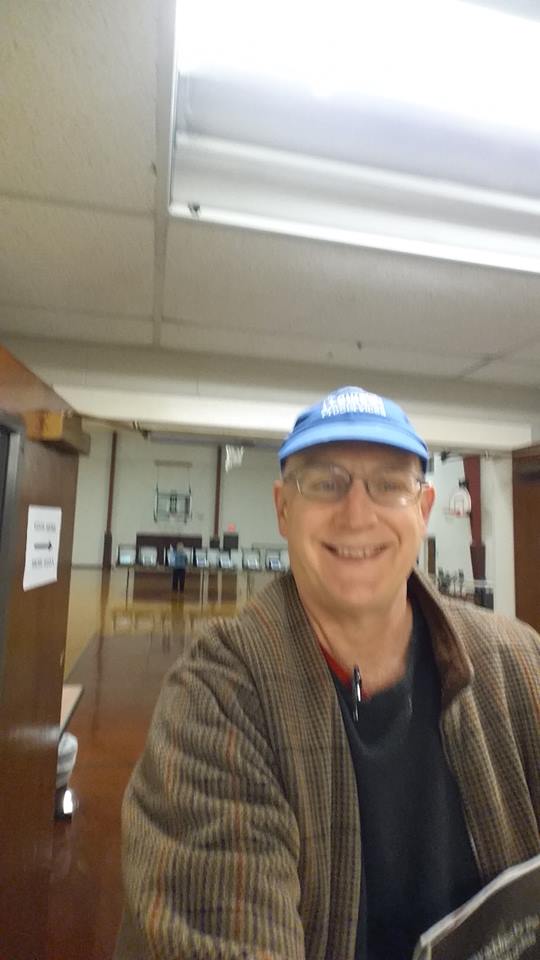 Kimberly Easley sent this photo from the intersection of East Lake Drive and Park Place in Decatur. 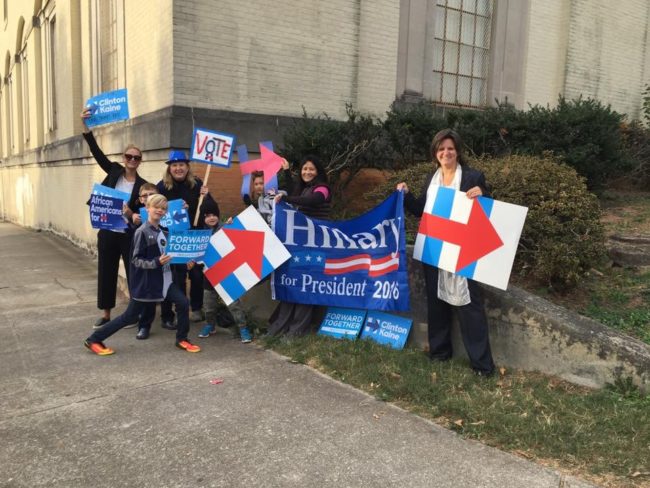 Other notes from today’s election:

– Turn out in Druid Hills is reportedly high. One reader said it was higher than it was in 2012.

– Another reader said it took 20 minutes to vote at Renfroe Middle School when the polls opened at 7 a.m.

– Kelley Jackson documented issues voters were having with voting machines at the Therrell High School precinct in Southwest Atlanta.

Voting will continue until 7 p.m. Check Decaturish throughout the day for updates and for live election results.