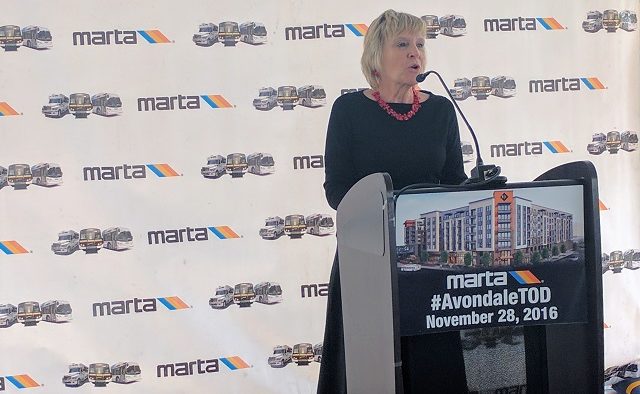 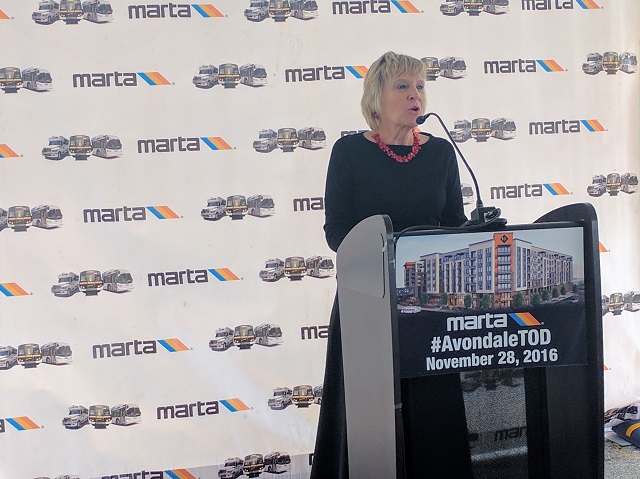 MARTA and city of Decatur officials gathered at the Avondale MARTA station on Monday, Nov. 28, to kick off a project that will transform the station into a mixed use development.

The $120 million project will take about 24 months to complete. Dirt will begin moving in about two weeks. When it’s done, there will be 378 market rate apartments, 92 affordable senior living units, a new plaza and 22,000 square feet of commercial space. And that’s just in phase one. It will be called “E. Co” and will occupy 7.7 acres of the station’s south lot. A spokesperson for MARTA said “E. Co” is short for East College Avenue, where part of the development will be located. The East Decatur Greenway PATH trail will be connected to the site.

Decatur Mayor Patti Garrett said planning for the station redevelopment began 13 years ago. The idea was based on input from city residents, she said.

“The really exciting part is it’s a better project than we envisioned in 2003,” Garrett said.

MARTA CEO Keith Parker said the projects are intended to boost ridership, strengthen neighborhoods and make money for MARTA in the process.

In other MARTA news, Bill Floyd, Decatur’s former mayor, will soon be serving on MARTA’s board of directors. He was appointed to the board by the DeKalb County mayors, he said.

Editor’s note: An earlier version of this story stated the total cost of the project is $95 million. A press release issued on March 1 said the total cost is $120 million. This story has been updated with the most recent information.