A reader asks: Was ‘Lemony Snicket’ banned in Decatur schools?

A reader asks: Was ‘Lemony Snicket’ banned in Decatur schools? 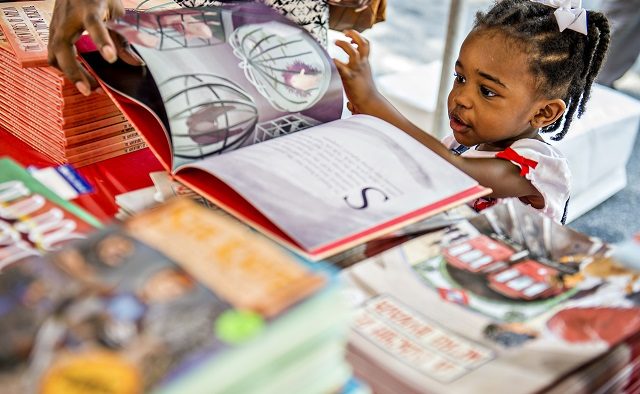 Zendaya Richards flips through the pictures of "The Adventures of Amelia, the Crazy Jumping Hedgehog" during the Decatur Book Festival. File Photo: Jonathan Phillips
Share 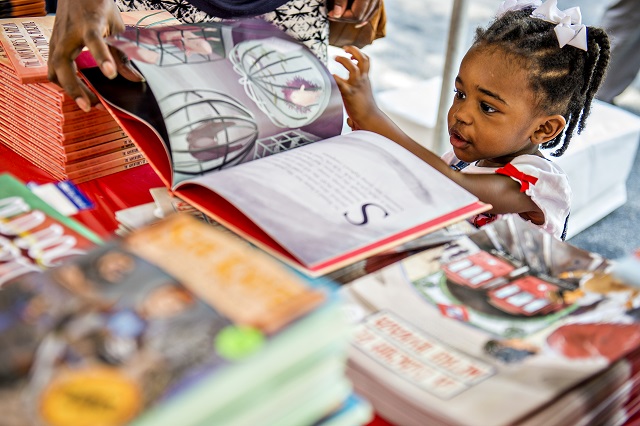 Zendaya Richards flips through the pictures of “The Adventures of Amelia, the Crazy Jumping Hedgehog” during the Decatur Book Festival. File Photo: Jonathan Phillips

This month Netflix launched a new TV show based on the book  “A Series of Unfortunate Events,” written by Lemony Snicket, the pen-name of Daniel Handler.

National Public Radio recently rebroadcast an old Terry Gross interview of Handler as part of its coverage of the new series. The segments were taped in 2001 and 2012.

In the interview, Handler made a claim about Decatur, Ga. that caught our reader’s attention.

GROSS: Have you run into any parents, teachers or librarians who object to either the tone or the content of your books?

HANDLER: Not nearly as many as I thought I would. I really (laughter) thought that there would just be an overwhelming wave of outrage. And instead, there’ve just been a few isolated complaints that I’ve heard. We were banned in one school district in Decatur, Ga. I’ll always have that.

HANDLER: They can’t take that away from me.

GROSS: On what grounds were you banned?

HANDLER: Well, I hate to get too catty about Decatur, Ga. But they were very concerned in “The Bad Beginning” that Count Olaf wants to marry Violet, who is a distant relative. And this strikes me as something that, without being too stereotypical about the South – that perhaps Decatur, Ga., has heard of before, let’s just say.

“I was surprised to hear about this supposed controversy, first because it sounds wholly unlike the liberally-minded Decatur with which I am familiar,” the reader said. “Also, I know that Handler visited [4/5 Academy at Fifth Avenue] during the 2013-14 school year and the students all received t-shirts promoting his newest book. On that same trip, he met fans and autographed books at Little Shop of Stories. Additionally puzzling, I have children at Clairemont, F.AVE, and Renfroe and they all confirm that Lemony Snickets books are currently available at all the school libraries.

“So, I’m wondering whether Handler’s story is true, and if it is true, what happened to get the books banned in Decatur, and when and how they were later deemed to be suitable?”

A spokesperson for Handler said the incident did happen, but because it happened over 20 years ago, the details are hard to remember.

“The [NPR] interview was recorded in 2001,” Handler’s spokesperson said via email. “My understanding is that the book was banned by a single elementary school in 1999, which took the book off the shelves and canceled the author appearance upon arrival (the bookstore that organized the event has closed, and as it was almost twenty years ago, I don’t have more details for you), and Daniel has since been back to Decatur on book tour and very much enjoyed the experience.”

A reader of the Decatur Metro blog recalled the incident and summarized it in a comment on a recent “Free for All Friday” post, a regular feature that is a freewheeling conversation among locals.

“Yes, I remember it well, though not with pride,” the commenter said. “A prior superintendent, prior school board, prior *lots* of folks. Not our finest hour.”

Handler gave more details about the incident in a 2014 interview published on the Association for Library Service to Children blog. The post was found by another Decatur Metro commenter. Here’s a portion of that interview:

Tell me about the first time you heard that one of your books had been challenged.

Well the first time I heard about it was on a very early book tour and I was in Decatur, Georgia. I arrived at a school to do a school visit and I was met out front by a principal and the principal said, “We’ve canceled the school visit, because of the incest.” That was the first I’d heard of it, it’s a very jarring feeling to literally not be let in a building. I don’t mean to make it more dramatic than it was, but as a Jewish person, it kind of gets my dander up. It feels almost instinctual to me. It felt really awful, but I went to lunch with the people who were running the bookstore there at the time and they were full of stories about all the work that they have to do when books are challenged or banned for one reason or another. I was so new to children’s literature then that I didn’t really think about it being part of the job, but it’s a huge part of the job if you open a bookstore in Decatur, Georgia to be sensitive to what that community is going to be prickly about. I always thought, just have a bunch of books in your store and then you’re all done.

Officials with City Schools of Decatur and DeKalb County Schools said they are not aware Handler’s books being banned in their schools, though the controversy might predate some of the current staff in these school systems. Decaturish searched through news archives on Google and AJC.com but was unable to find any coverage of the event when it happened. “The Guardian” published a story in 2001 which basically recounts the same story without any further details.

Decatur, Ga. is home to one of the country’s premiere book festivals which takes place every Labor Day weekend and draws thousands of visitors.

“A Series of Unfortunate Events” season one on Netflix is getting great reviews and currently holds a 93 percent favorable rating on Rotten Tomatoes.