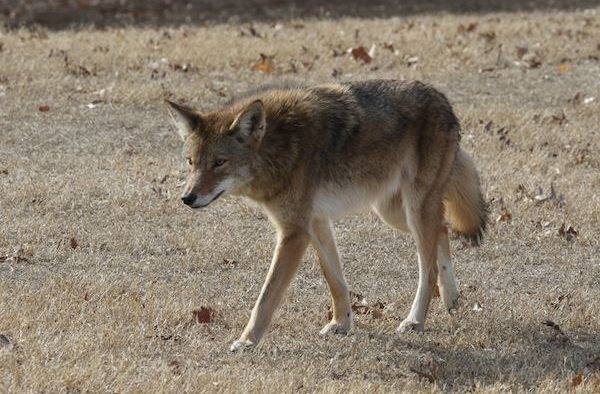 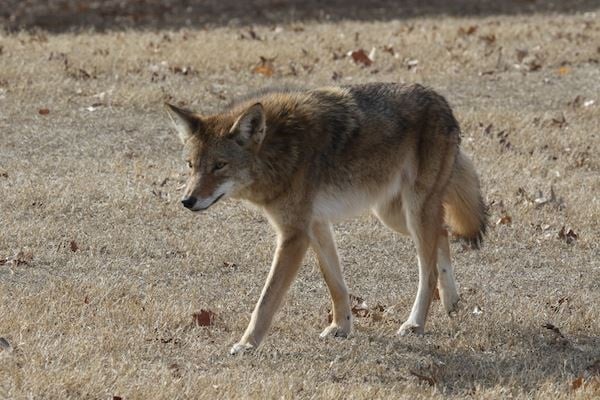 A male coyote spotted in Piedmont Park in December 2016. Photo by Larry Wilson.

As part of the project, a group of biologists are studying urban coyote populations, and according to its website, they “strive to be a relevant and credible source of information and to provide strategies for avoiding human-coyote conflict.”

“I’ve been giving talks for the past five years, but I’ve been studying coyotes for the past 15 years,” Mowry said. “I was asked to speak at various public forums and then was contacted by the media, which was the impetus for starting the project.”

Mowry is an Associate Professor of Biology at Berry College. Wilson is an instructor in the Department of Environmental Studies at Emory University.

The project’s goal is to prioritize learning about why coyotes live in urban Atlanta. They pose basic biological questions like, “What are they eating?” and “What are their transportation routes?”

In addition to serving as a teaching resource, the project’s website gives options for people to record sightings and incidents of coyotes in the area.

“There’s just not a lot known about how the ecosystem is working in particularly southeastern urban areas. The coyote is a predator, and it’s really the top predator in the southeast – humans wiped out wolves and coyotes filled that niche,” Mowry said. “People tend to get very concerned about coyotes, but they need to be treated with care because they can actually keep the ecosystem in balance.”

Since the start of the project, the scientists have learned about coyote’s diet, variance in coat color, and seasonal behavior, which Mowry said “might provide some insight into evolutionary history.”

Still, biologists are not sure why Atlanta is a suitable habitat for coyotes, “other than the sort of obvious things.”

– Keep pets on short leashes, and pick up small dogs if there’s a coyote.

– Avoid interaction with coyotes, but do not run away.

– Attacks on humans are rare, but make a lot of noise if a coyote is spotted.

“If the family group has lived around humans, they can become comfortable to humans. They surprisingly can live very close to humans, without people really even knowing,” Mowry said, “but there’s most definitely right and wrong ways to behave around coyotes.”