A photo of Toomer Elementary students. Photo from TalkUpAPS blog.

Atlanta Public Schools is considering closing Whitefoord Elementary and sending those students to Toomer Elementary in Kirkwood and Burgess-Peterson Elementary.

The letter, dated Jan. 17, says Whitefoord has 272 students and is one of the smallest elementary schools in APS. If the School Board approves, the changes could be implemented in the 2017-2018 school year, the letter says.

“I recognize the neighborhoods of Edgewood, Kirkwood and East Lake have seen significant changes over the last 15 years, including increased school options,” Carstarphen wrote. “These changes have resulted in under-enrolled neighborhood APS schools that are financially inefficient and have had mixed performance over time.”

Here is the full letter: 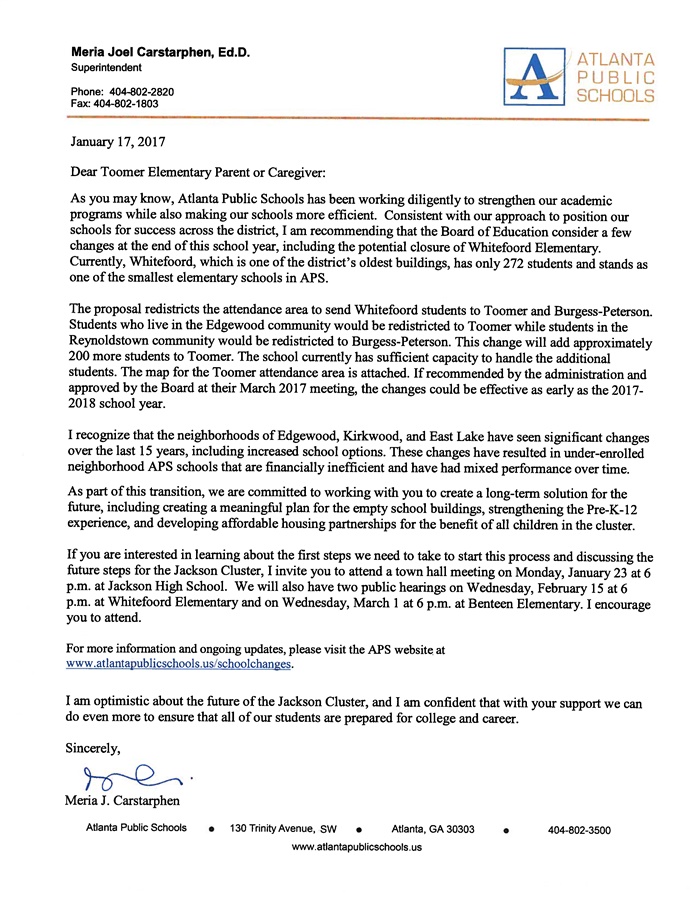