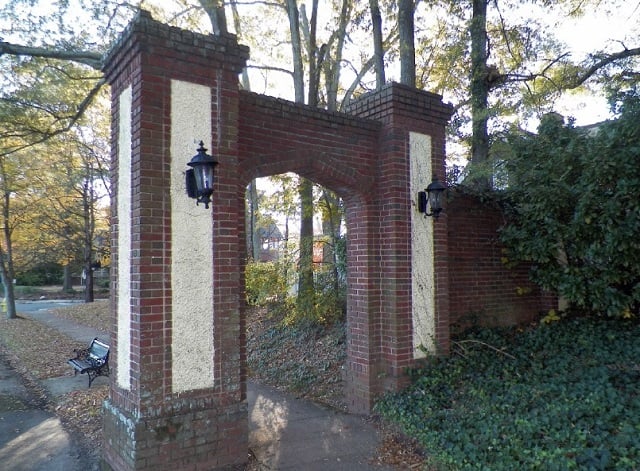 A historic landmark in Avondale Estates will be getting some additional touch ups starting next week.

The city has announced that Phase II of the restoration of Carl’s Corner will begin on Jan. 16. The memorial, located at the corner of South Avondale and North Avondale Roads, was named after Carl Houseworth, an Avondale Estates gardener. It is part of the city’s western gateway.

Phase 1 work was completed in 2015 and involved repairing and stabilizing the monument. It was partially funded by a  $9,270 grant from the state Historic Preservation Fund. Phase II will consist of landscaping work.

“The community is advised that while the sidewalk area will not be closed during this time, crews will be working in close proximity to the sidewalk,” an announcement from the city says.

There is a third phase planned that will involve putting a historic place-marker at the site.