Avondale Estates votes to submit legislation to expand its boundaries

Avondale Estates votes to submit legislation to expand its boundaries

At its meeting on Jan. 23, the Avondale Estates City Commission voted 3-1 to submit an annexation map for consideration by the state Legislature.

If the legislation is approved, it would go to voters in November. If voters decide to approve the plan, it could add about 1,600 more residents to the city limits, including the neighborhoods of Forrest Hills and Decatur Terrace. The map also includes Avondale High School/DeKalb School of the arts and the Museum School. It also adds commercial property on Laredo Drive.

This is the map the commission approved: 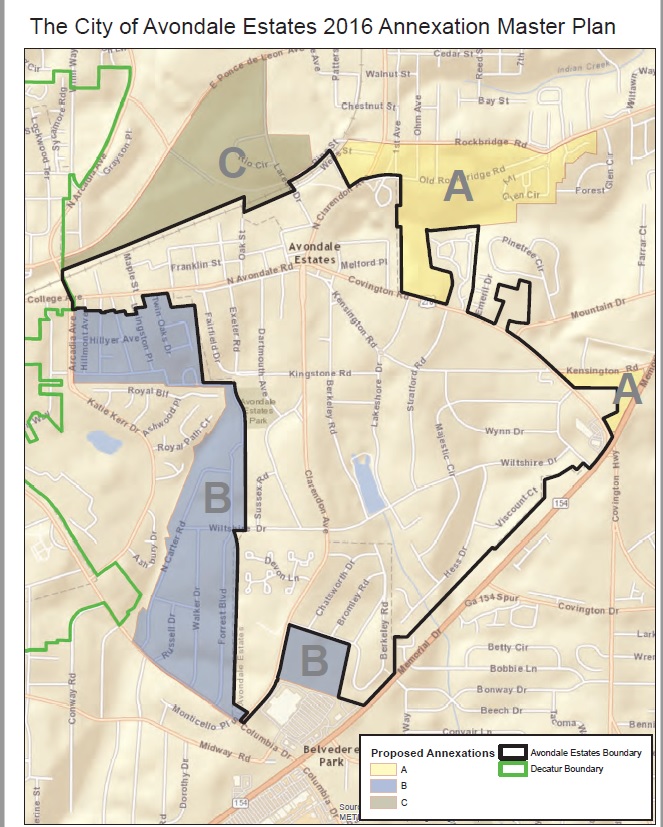 During the meeting, Mayor Jonathan Elmore told the audience that the city is trying to stay ahead of other annexation and cityhood efforts. Recently DeKalb County Commissioner Larry Johnson announced efforts to introduce legislation to create a new city of Prosperity in DeKalb County. The map includes areas that have been targets for the city of Avondale. The city provided this map showing the overlap between the two proposals. 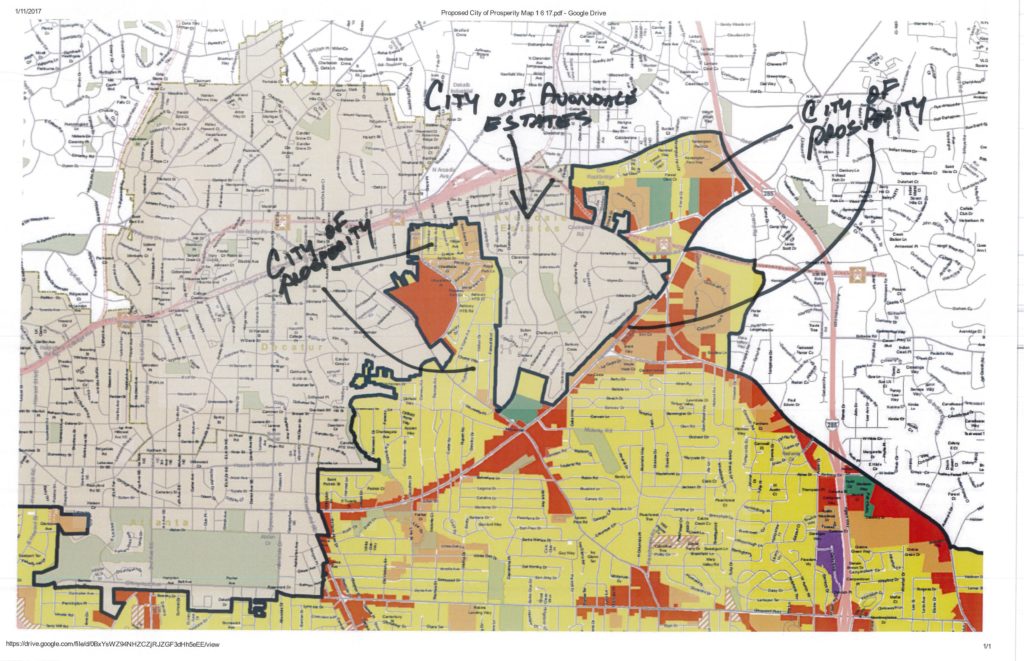 “Cities like prosperity, Clarkston, Decatur, they’re all annexing areas all around us and this might be our only chance to expand our tax base take in more residents, take in more businesses,” Elmore said. “I think our annexation plan is pretty reasonable compared to one or two to our south.”

Commissioner Terry Giager was the only no vote. He said he was supportive of annexation but thought there needed to be more outreach to the neighborhoods in the plan.

“We did have a meeting in the summer and in that meeting I said we need to be meeting with these folks and let them know what’s going on so it’s not a surprise when January comes. Obviously it’s a surprise to some people, because I have about 18 emails of people saying ‘Take us off your map,'” he said.

Avondale’s previous annexation efforts have run into trouble. Plans to annex more property into the city whipped up a controversy in 2014 when residents found out an annexation bill had been filed without their knowledge. Former mayor Ed Rieker quickly resigned after the town caught wind of the annexation plan and confronted him about it. Rieker said he was resigning to take a teaching position at Emory.

Here is the economic study of the annexation map approved by the City Commission on Jan. 23.

Editor’s note: This story was produced by listening to an audio recording of the Jan. 23 meeting and a follow-up call to a city official.