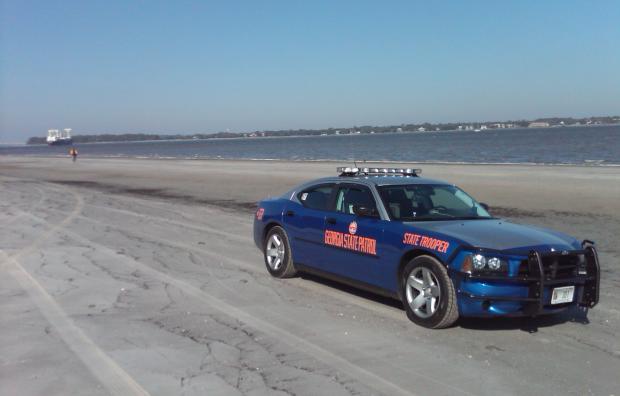 Residents of Kirkwood have questions and concerns about the police chase leading up to a Jan. 27 accident that killed a Decatur mom and seriously injured her eight-year-old daughter.

Days later, another police chase resulted in a seven-year-old girl being injured in DeKalb County.

Both of these chases involved officers serving under the Georgia Department of Public Safety, which oversees state troopers, capitol police and Motor Carrier Compliance Division officers.

Jim Chrencik, who lives near the scene of the Jan. 27 accident on Memorial Drive, believes officers took an unnecessary risk, while also acknowledging the person they were chasing shares some of the blame.

“To say the [officers are] not at all culpable is to say those officers had absolutely zero ability to make the choice to chase,” he said. “They do have the ability to choose, and I believe they chose poorly. My wish is that the leadership at the [Georgia State Patrol] will learn from this tragedy and revise their pursuit policy going forward.”

A spokesperson defended the Department of Public Safety’s chase policy, which has wider latitude than other Atlanta-area police agencies. The Atlanta, Decatur, Avondale Estates and DeKalb County Police Departments all restrict chases to incidents where the officer reasonably believes the suspect committed a dangerous crime or is a danger to others. The Georgia Department of Public Safety’s chase policy doesn’t include language regarding specific crimes or threats that might justify a high-speed chase.

A GSP spokesperson said, “No policy can cover every condition or pursuit they will encounter, thus they are given the latitude outlined in the policy. Traffic stops can and do lead to the arrest of wanted persons on outstanding warrants (felony and misdemeanor), locating missing persons (kidnap victims, abducted children) and the recovery of stolen vehicles.”

Chases can also end with innocent people being hurt or killed.

The Jan. 27 chase involved at least two different divisions of the Georgia Department of Public Safety, which oversees the state troopers: the Motor Carrier Compliance Division and the capitol police.

According to the report provided by state troopers, on Jan. 27 a capitol police officer noticed a suspicious vehicle – a Chevrolet pickup truck with a flat-bed trailer – just after noon in the Capitol Hill area. The driver, later identified as Quincey Gamar Norman, 36, stopped and then fled the scene. The chase began, traveling south on Capitol Avenue until the suspect entered the I-20 ramp heading east bound. The driver exited at Boulevard Avenue and re-entered at the Glenwood Ramp onto the interstate. At this point a Motor Carrier Compliance Division officer took over the chase as the pickup truck driver exited at Maynard Terrace traveling north.

At Memorial Drive, the pickup truck driver entered a service station parking lot and exited traveling east. The driver crossed the center line striking a westbound passenger vehicle head on. After that collision, Norman struck another westbound vehicle, causing his pickup and trailer to overturn on the driver’s side and burst into flames, killing him. The driver also had a dog with him which somehow managed to escape the vehicle. One of the vehicles the suspect hit was carrying Ashley Tewell of Decatur and her daughter, Lindsay, 8. Ashley Tewell died as a result of her injuries. Lindsay was seriously injured but expected to recover.

The spokesperson for Georgia State Patrol said the driver of the other westbound vehicle was sent to Atlanta Medical Center with “unspecified injuries.” The spokesperson didn’t provide any additional information about the driver.

Just days later, on Jan. 30, a 7-year-old girl, was injured during a chase near Moreland Avenue involving state troopers.

In that chase, the state trooper tried to pull over Kadeem D’Anto Fletcher at 7:20 a.m. for speeding eastbound on I-20 in an Audi. The Audi slowed down and the accelerated. The chase began.

The girl was ejected from the vehicle. She was transported to a local hospital, but the State Troopers did not provide any information about her condition.

In the first case, Norman, the driver of the pickup truck was chased because a Capitol Police Officer determined he was driving a “suspicious vehicle.” The Department of Public Safety has not explained what about the pickup looked suspicious. A report is still pending. In the second case, the chase began after the officer tried to pull over Fletcher, the driver of the Audi, for speeding.

Decaturish has made a request for fatalities involving Georgia Department of Public Safety vehicles, but the information had not been provided as of Jan. 31.

Other area police departments appear to have stricter chase procedures, according to the policies reviewed by Decaturish. In Avondale Estates, the officer has to have reasonable belief that the driver committed a violent felony – like rape, murder, or aggravated assault – or there must be “evidence of outrageous, reckless driving generally or possibly in association with Driving Under the Influence.”

The DeKalb County Police Department has a similar policy, though its list of crimes worthy of a pursuit also includes arson. County police officers are authorized to chase a suspect if they feel the suspect is an imminent threat to others.

In Atlanta, the suspect must have a deadly weapon or device, or there must be a reasonable suspicion the suspect poses an immediate threat to others or has harmed someone physically.

The Department of Public Safety’s policy says state police officers must consider, “The nature of the offense committed by the suspect, the potential danger to the public if the suspect is not immediately apprehended and the probability of the suspect’s arrest at a later date.”

The policy also advises several instances when a pursuit should be stopped including, “When Traffic volume and/or road conditions dictate that it is too hazardous for the pursuit to continue.”

The policy states that any officer involved in a chase that results in a fatality or injury may be placed on administrative leave for three days. The spokesperson for the Department of Public Safety said no one in the Jan. 27 incident has been placed on leave.

Some area residents are troubled by the circumstances surrounding the incident.

Lindsay Crownhart said, “It is very frustrating not understanding how a chase could go on for so long, starting at the capitol and all, and then ending up over here. I think that this should also show why they need to change Memorial Drive to a three-lane road with a turning lane, to slow down the traffic and the crazy drivers.”

Jesse McNulty Sr., who lives in Kirkwood near the scene of the accident, said he worked for the Gainesville, Ga. Police Department in the 90s, but not as a patrol officer. He said state troopers had a reputation for taking needless risks to apprehend suspects.

“They go to schools for driving not just defensively, but have high speed chase classes they go to,” he said. “I think they like it. They brag about it. It gets them going.”

Dustin Tantum, a Kirkwood resident, wanted more information about why officers thought the pickup was a “suspicious vehicle.”

“I don’t know if the police were right or wrong to chase this guy,” he said. “And obviously, the guy was wrong to flee, but because of both their choices, the guy is now dead and a little girl no longer has a mom.”

Read more: Here is the pursuit policy for the Georgia Department of Public Safety.

Correction: An earlier version of this story based on the initial report about the Jan. 30 incident contained incorrect information about the seven-year-old who was injured. The Department of Public Safety has clarified this information and the story has been updated.