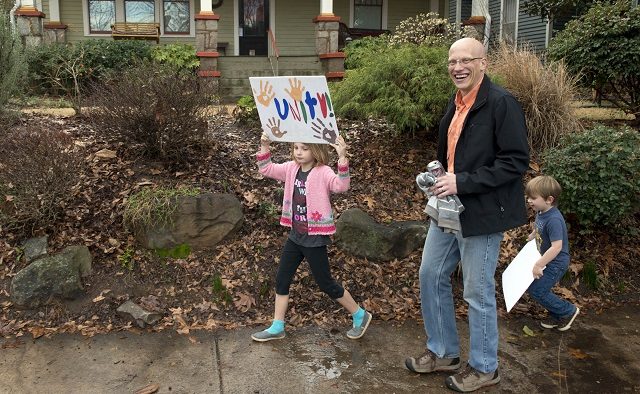 Steve Willard’s daughter Adrienne, 7, was disappointed she couldn’t make it to the March for Social Justice and Women in Atlanta on Saturday.

“She says she feels like a failure,” Willard told the Oakhurst neighborhood.

Willard decided to throw a little march of his own in Decatur.

“I am going to try to convince her that this is a distributed movement,” he said. “There are those in DC, those in downtown Atlanta, and now we are going be be at least one small group in Oakhurst.”

The gathering drew about 30 people a few hours after it was announced online. Participants marched down Mead Road to Harmony Park. Adrienne took her brother, Carson, 3, who brought a sign, too. 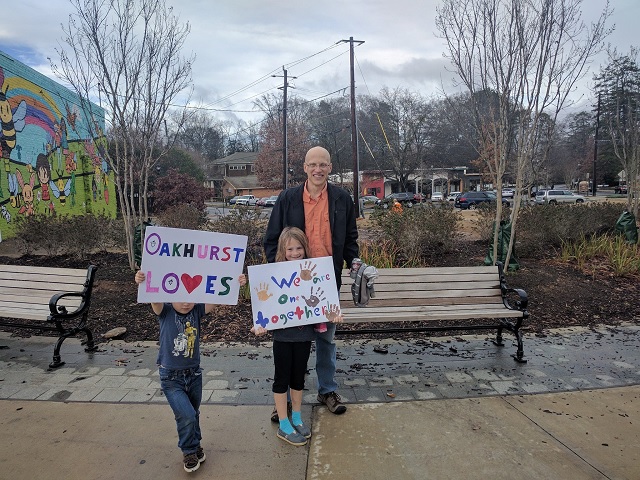 Reader Josh O’Connor took these photos of the mini march. 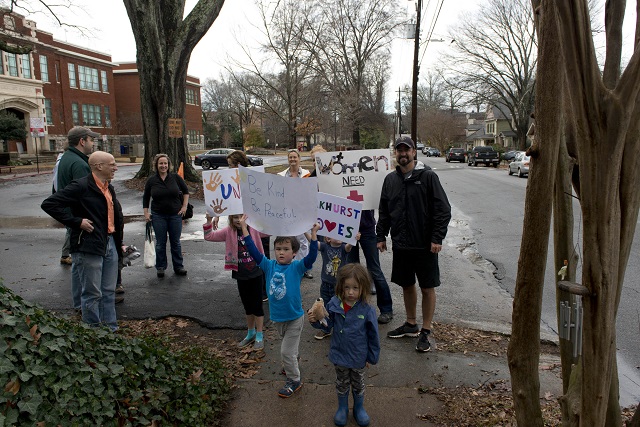 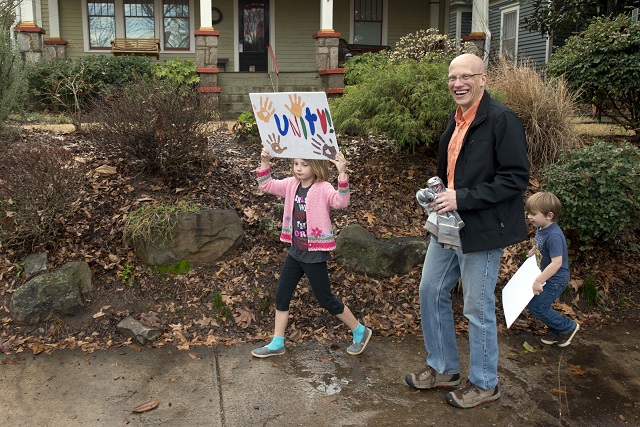 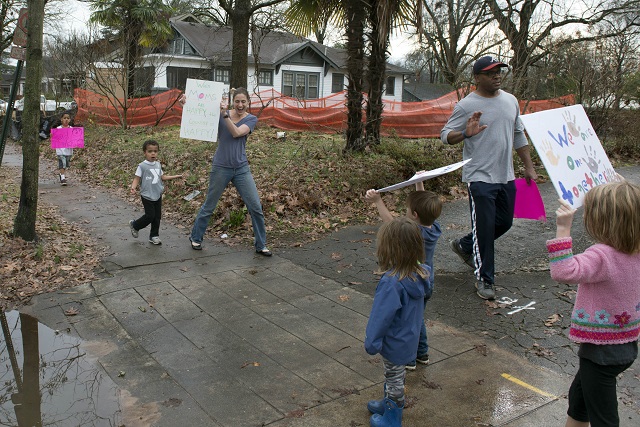 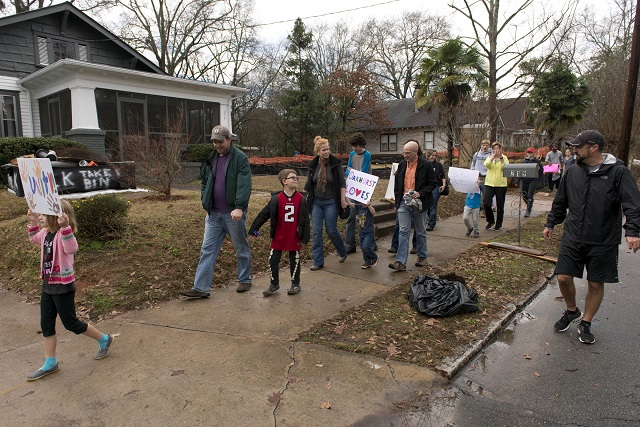 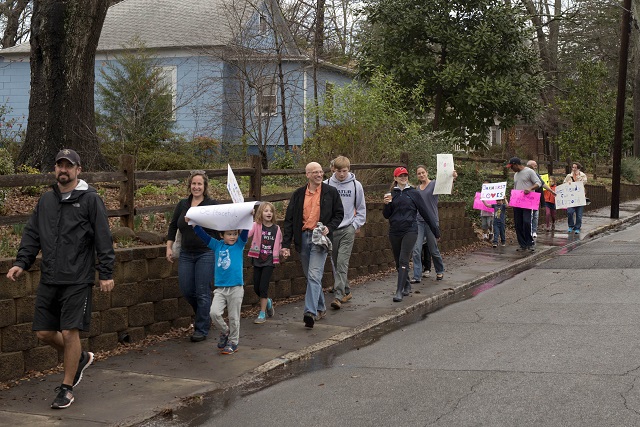 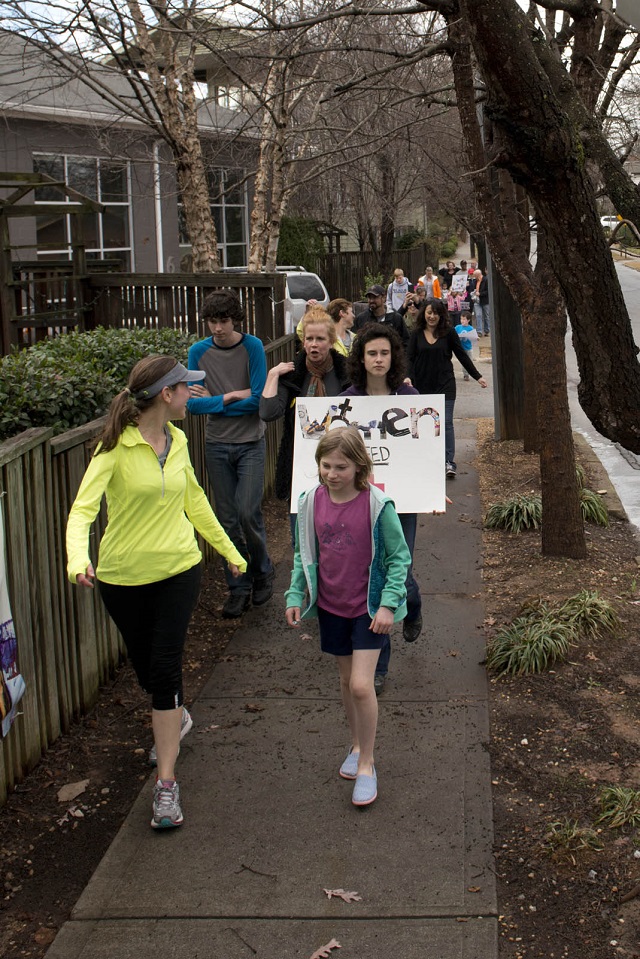