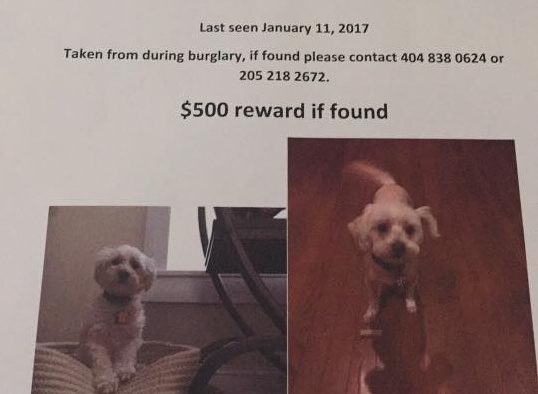 A home in greater Decatur was burglarized Wednesday evening, Jan. 11.

Taylor Lancaster said the incident happened while her and her boyfriend’s daughter stepped away to have dinner. When they came back, they noticed the door was open.

“I come back in the house and I see our TV is gone, so I knew we were robbed,” Lancaster said. That’s when she noticed the dog was missing.

The dog isn’t listed in the police report which lists two televisions missing as well as $800 worth of quarters in a large jug. Lancaster said it’s unlikely that the dog ran away.

“Naturally your first thought is your dog ran away,” Lancaster said. “She didn’t. I know she didn’t. She was taken along with many of our things. She’s been left outside before.”

There’s a $500 reward being offered for Dakota’s safe return. Here’s a flyer with additional information. 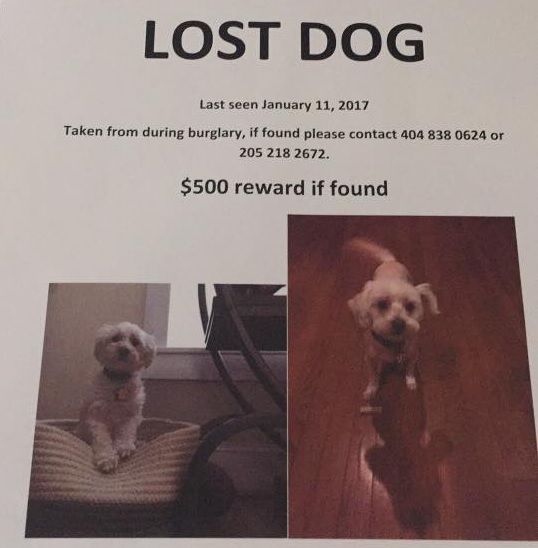